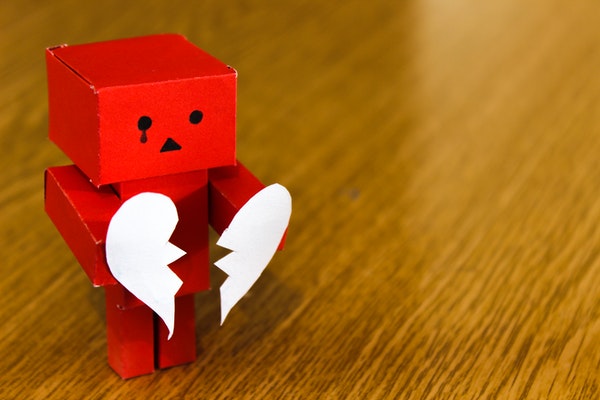 10 Most Common Reasons Why Scripts Are Rejected

Whenever a script is submitted to the industry, it is passed off to a reader for analysis. The reader will give the script a “recommend,” a “consider” or a “pass.”

And unless it gets a recommend, probably no one else is going to look at it. So how many scripts get a recommend?
About two percent during a good year. Which means roughly ninety-eight percent of spec scripts are dead on arrival. Many of these scripts make the same mistakes.

Here’s my take on the ten most common mistakes reported by the studio and network readers:

1. The scenes are void of meaningful conflict

I have found that roughly five percent of writers naturally write in professional-level conflict, by which I mean the kind of conflict that hooks a reader and makes them want to keep reading. The other ninety-five percent write scripts that routinely get rejected after a scene or two. But nobody tells the screenwriters this. They know they’re failing, but often don’t know why.

The good news is that professional-level conflict is a learnable skill based on techniques that can be practiced and mastered.

If you don’t naturally write this way, as most screenwriters don’t, I can’t emphasize enough how important it is that you make the investment to train yourself in these skills.

2. The script has a by-the-numbers execution

Too many writers fall prey to the well-marketed classes and books that teach formulas, often labeled as “must follow” universal paradigms, structural building blocks, myth construction, genre guidelines, or such. It’s an easy trap to fall into, especially given how many formulaic movies are cranked out of the film studio system.

Given the incredibly competitive landscape for breaking into the film and television business, writing a paint-by-the-numbers screenplay is a surefire way to be ignored.

Adam Levine, a partner at the Verve agency, put it this way, “Challenge yourself to do something different. Because what I think really sticks out at the end of the day from the clutter is something that is obviously well-written, with great characters, but is also something that is innovative, that we haven’t quite seen before or that challenges us. And so the stuff that is formulaic and that has been done a million times is not going to stand out and it’s not going to make your career.”

3. The protagonist is a standard-issue hero (and other characters are stereotypes as well)

A by-the-numbers screenplay is only made worse if they are populated by characters we’ve seen before. Sure, they need a degree of familiarity for the audience to connect, but they need a degree of uniqueness. Give them an unusual trait, affliction, interest, or world-view. Think of it as adding one new herb to your mashed potatoes. It will make a world of difference and creative executives will thank you for it.

4. The villains are cartoonish, evil for the sake of evil

Not even Dr. Evil can be that cartoonish. Like all characters, they need to be grounded in some sort of reality. Villains often believe they are the heroes and their actions are being wrongfully thwarted. Villains need to hold a rigid worldview and believe that their actions are for the greater good. That good could be the pursuit of power and success or for the benefit of humanity.

5. The character logic is muddy

Once audiences establish a connection with your characters, the actions of the characters need to be congruent with their goals and beliefs. We need to understand the motivation behind the actions. Sometimes the character motivation isn’t clear, or it’s not believable. There needs to be an internal logical and emotional reasoning that drives your characters. Make sure it’s consistent throughout your screenplay.

6. The female part is underwritten

Some screenwriters make these mistakes because they are forcing their characters to do or say things to adhere to certain pre-ordained plot points. But for other writers, particularly more conceptual writers, the reasons go deeper, having to do with the way that they write.

Conceptual writers tend to work from the outside in, often starting with a big idea, world, or specific story beats. Such writers often excel at high concepts, plot twists, pacing, and story logic. All that stuff is in their wheelhouse.

But because conceptual writers are often limited in being able to access their intuitive side, their characters almost never seem real. Instead, they seem more like puppets invented to serve a story, which is exactly how the conceptual mind works.

Tragically, too many of these writers end up believing that they are lacking in some natural ability to write compelling characters and end up quitting. Others continue to write scripts, only to keep failing because of their characters and dialogue. The key to overcoming this is through the process of creative integration.

Check out our article on writing stronger female characters.

You’re hosting a dinner party. A roast to be precise. There isn’t enough gravy for ten people so you add water and stir hoping that your guests won’t notice the sad watery mess you’ve served. They will. It needs more stock, not more water.

Creative executives feel the same way. Your short film doesn’t become a feature film by extending the car chases or party scenes. Use this time to give us tender, character-driven moments or an additional plotline that intersects the main story.

8. The conflict is inconsequential, flash-in-the-pan

Conflict arrives, is instantly solved, and the narrative continues unaffected. There aren’t any rising stakes, no complications, or the conflict doesn’t affect the character’s goals in any way.

Imagine a scene where a guy walks into the jewelry story to pick up his wedding ring. He left his wallet at home. The jeweler said he can’t have it until he pays. Dilemma. The guy offers him his watch as collateral and promises to be back later that day. The guy returns and buys the ring.

The alternate scenario might play out like this. It’s his wedding day. He needs to pick up his wedding ring because he forgot. The wedding is in an hour. He’s forgotten his wallet at home and doesn’t have time to pick it up. The guy steals the wedding ring. The jeweler calls the police and reports the crime. The groom makes his wedding on time. The cops are waiting for him.

9. The narrative falls into a repetitive pattern

Compelling conflict is the gas that creates and sustains narrative momentum. Without it, the story inherently runs out of steam. This is why readers routinely complain that most of the scripts that start out great simply can’t go the distance.

Some writers try to remedy this problem by repeating interesting beats over and over, but no matter how compelling these beats initially might be, the repetition ends up just begging the reader for a pass. You can only use a car chase so many times in an action movie.

10. The story begins too late in the script

It’s not uncommon for writers to slowly ramp up to the main conflicts in their first drafts. They need time to settle in and explore the world and the characters, warming themselves up before diving head-first into the teeth of the story.

But many of these screenwriters fall in love with too much of this pre-story stuff. They fail to realize that while they may have needed to write it, we sure as hell don’t need to read it.

What screenwriters should do

Screenwriters don’t fail to have a career because they make these mistakes. They fail because they don’t learn from them.

The popular advice given to writers is to keep writing, because the more scripts you write, the better you will become. For far too many, this is simply a fairytale. Continuing to pound out script after script often ends up in nothing more than a pile of similarly flawed material. So no wonder ninety-eight percent of scripts receive a pass.

Hire some studio or network readers to do coverage under the table for you. Ask them to pretend your script has been given to them for analysis and to write up the actual report they would normally generate. If the readers give your script a pass, it’s time to go back and repeat steps one through four. If they give you a recommend, it’s probably time to go market yourself like crazy to the industry. 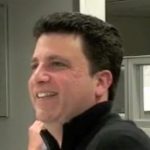