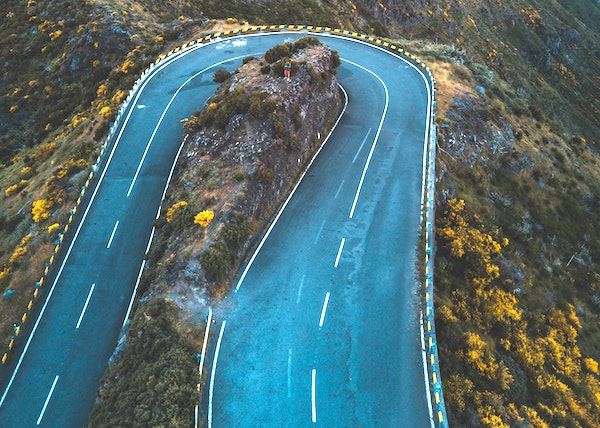 10 Ways To Use Plot Twists In Your Screenplay

Plot twists are screenwriting devices to take your story in a new and unexpected direction.

They are an effective tool for screenwriters to get audiences out of auto-pilot mode and engage them with an event that’s plausible yet surprising. Plot twists deepen your story because your audience becomes further invested in the outcome of your story. They add elements of surprise, anticipation, and expectation. Like all screenwriting devices, they must be used sparingly.

Let’s take a look at some major types of plot twists:

A touch of irony always adds more texture and depth to a story. Consider a scenario where there is a group of explorers searching for treasure. Each explorer digs in a spot where they believe the treasure is hidden. They’ve been searching for days. They can’t find anything and are ready to give up.

The audience knows where the treasure is, if only they kept digging a little deeper. Ironically, the explorers quit and decide to go home just as they were on the verge of a breakthrough. They declare their map was incorrect and they’ve wasted their time.

A plot twist might occur if one explorer (let’s call her Martha) finds the treasure and doesn’t tell the others about it. This changes the direction of the storyline and raises a few questions about Martha. Why is she behaving this way? What will happen next? These questions allow the audiences to ponder how the story might play out.

Going back to our previous example, consider what Martha’s actions say about her character. She may be greedy, selfish, or even entitled because she felt she worked the hardest for the treasure.

Plot twists should be carefully timed and delayed as much as possible. They are designed to keep the storyline unpredictable and allow the audience to feel they are a natural progression of the story.

Let’s revisit Martha and her motivation for not telling the others about the treasure she found. We are assuming she wants to keep the treasure for herself. What if she doesn’t? (Another plot twist in the making).

She may be looking for the right moment to lift her fellow adventurers’ spirits or want to surprise them by purchasing something that will benefit all of them. Martha may even donate the treasure to a bigger cause or charity the entire group would approve of.

Martha may not be so selfish and greedy after all. More importantly, writers can use plot twists in measured doses. Martha can’t decide to keep it all for herself in one scene then decide to donate the treasure to a local charity in the next scene, and finally decide to keep it because she thinks the charity is corrupt. Such sharp turns will send your audience into a tailspin.

We’ve explored some potential outcomes for this story. Imagine if Martha hid the treasure in another place or threw it off a cliff. Why might she do this? These atypical responses raise further questions of her motives.

Whatever the outcome, Martha’s actions raise questions that will be answered later on in the story.

Screenwriters should know that every scene must drive your story, so adding a plot twist for cosmetic purposes will not do your script any justice. It must be integral to your screenplay. One way to test its vitality is to see if the story makes sense if it’s removed. If it still makes sense, but the story feels flat, consider keeping it in.

Plot twists are a good way for writers to examine the theme of their story through differing points of view. This could mean dissecting the theme from another character’s perspective or from the audience’s perspective.

Let’s assume the theme of Martha’s story was greed. Writers can make a judgment on whether greed is either good or bad. A deeper exploration of this theme might indicate that greed is good in certain circumstances such as self-preservation or the greater good.  Doing this via a plot twist can mean that your screenplay doesn’t read too much like exposition or preaching to the audience.

Plot twists are a useful tool in whodunnits and other detective films and TV shows. A misdirection can take a variety of forms.

Misdirection creates narrative tension and allows minor (or other main) characters a chance to flourish. This writing device allows audience to make assumptions about characters, piece together evidence, and draw their own conclusions. These may prove to be correct or not. Either way, the audience must feel they have enough information to make an informed decision and still feel satisfied if they didn’t guess correctly.

As its name suggests, this type of plot twist could place the characters into a more dangerous, life-threatening situation to ramp up the tension. It should be a greater obstacle to reaching their goal which equates to a greater loss. The loss must be more than an inconvenience and severely impact their goal.

Think about how to apply this principle to Martha’s story. What if the treasure was fake and worthless? What if there was a toxic spider or explosive inside?

Plot twists are a great tool to use when there is a power struggle between the hero and the villain. Generally, the hero wins in the end. However, screenwriters can’t make it too easy for the hero to save the world. There need to be some serious shifts in power dynamics where the villain genuinely has the upper hand and it seems as they will win. This creates excitement.

A major shift typically begins around the midpoint and culminates at the end of the second act when the hero is beaten down.  This template is frequently seen in superhero movies.

Sometimes these power shifts can be more sustained. A hero (or villain) might acquire a new weapon, superpowers, or severely injure the main character. A character may experience near-death or entrapment which almost certainly neutralizes their effectiveness.

Another interesting take on plot twists is to make an irreversible power shift to happen after a character has left the story either through actual death, imprisonment, or other long term departure.

We might revisit Martha for this one. What if she booby-trapped the treasure in the event of her capture?

Locations are often considered characters in themselves because they often dictate how characters behave. They should be more than a simple backdrop for the characters to inhabit.

Consider a plot twist such as winning the lottery and the character moves from a cramped apartment to a beachside mansion. This plot twist signifies a reversal of fortune. Alternatively, what if the mansion owner suffered a massive setback in the stock market and they were evicted and forced to sleep under a bridge?

This is a unique plot twist in its own right. Think about films which require high-tech or low-tech which inhibit or enhance a character’s progress toward their goal. Consider the heist film where the main character pulls out a new gadget that makes them leap between buildings or blow open a safe with a magnetic pen to get out of danger.

Similarly, think of stories where the hero needs to track down a retired character to work with legacy technology – such as really old software.

Plot twists serve very specific purposes to elevate your writing. Don’t overuse or misuse them to paper over problems in your story. Even in the case of a red herring to deliberately throw audiences off track, screenwriters can’t use them to lead to a dead end. You can only get away with one (maybe two) coincidences in any story.

What if Martha found the box of treasure and casually stepped on the key as she tried to figure out how to open it.