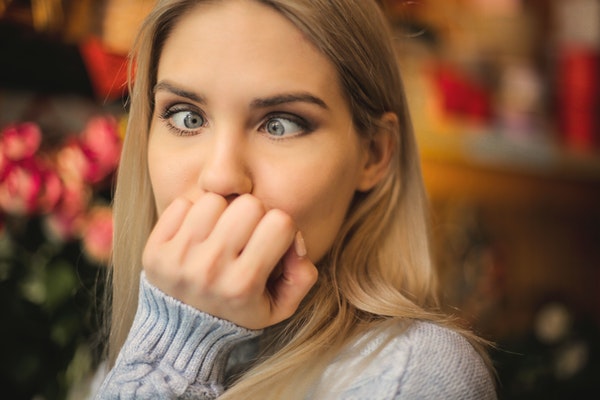 A complete or closed story has a logical ending and satisfying resolution. Once this loop is disrupted, it creates a cliffhanger which piques the audience’s interest and curiosity to continue watching.

Cliffhangers are literary devices used to build audience suspense and engage them to keep watching after a commercial break or an episode of television show – most frequently in serialized television. They are not exclusive to television because films often use them to intrigue audiences into watching until the end of the movie or the next installment of the franchise in a year or so.

Besides catering to our binging propensities, cliffhangers also act as a rudder for the super structure of the show. They monitor the genre, tone, and character arcs to keep the TV series’ throughlines on track. They act as a shot in the arm to temporarily boost the show’s intensity and urgency of a scene to command the audience’s attention.

Cliffhangers, like most literary devices, are subject to both use and abuse by screenwriters. Too many cliffhangers will likely  overwhelm your audience into disconnection. Too few may allow their attention to stray to more exciting things.

There are a number of writing techniques screenwriters can consider when writing cliffhangers:

Raising a question before an act break or at the end of an episode can be as simple as “What will happen now?” or “How will a character respond to something?” This allows the audience to take some ownership of the story by considering what options might be available to a character in light of the knowledge they have and the resources they have available to forge a path forward in their current circumstance.

It may either be a matter of answering a simple question like getting out of a burning building, but another outcome might be that more questions will be asked.

These are the most shocking of all cliffhangers. They could range from the kitschy revelation of  “I’m not really your father” to something shocking and material that irrevocable changes the direction of the story such as finding out you’re the target of a hit, you’ve been unexpectedly fired, or a loved one has died.

These occur when a main character finally comes face to face with their nemesis, either knowingly or unknowingly. The stakes. danger, and tension are at their highest as is the audience interest. They must finally face their fears or issues they’ve been avoiding, say things they need to be said, and they must act. A showdown is imminent. This is especially evident in detective-crime films where law enforcement is closing in on the perpetrator and prepares to detain them.

This creates uncertainty following unexpected or unplanned events or information. The biggest questions here are how the characters will cope with this and whether the characters will overcome this disruption. Disruptions don’t always come with adrenaline-charged danger. A disruption could mean family turning up at your doorstep unannounced, the power in your building goes out, or the unplanned pregnancy of Knocked Up.

Disruptions should be major events that alter the course of the main character’s journey rather than an inconvenience. Disruption cliffhangers are associated with major revelations such as discovering an ally is really a traitor. They are typically seen at the turning points. They can either create additional problems or opportunities for the main character to grow.

A potential or actual loss must be significant, such as weapons, information, food, or other essential resources that obstruct a character’s path to achieving their goal. It could create mortal danger, uncertainty and put them in a position of uncomfortable vulnerability.

This type of cliffhanger raises questions about character relationships. Imagine a scene where a seemingly loving husband receives a threatening phone call informing him his wife has been kidnapped and a hefty ransom is demanded. Queue the eighties comedy Ruthless People. The standard response would be a panicked husband, angry and scared, begging them not to hurt her, and scrambling to pay the ransom as soon as possible. Instead, Sam Stone (Danny De Vito) flatly refuses the kidnappers’ demands and pops open the champagne. This indicates that this is far from the perfect marriage. This is no ordinary ransom story.

These are mood moments in which a character ruminates as they process their feelings following a major event. Consider a situation where a crime boss receives devastating news – they discover they’re being audited, their bank accounts have been frozen, or their most trusted confidant has squealed to the police. As they ponder their response, they make a coffee, or empty the dishwasher, or feed their pet.

This type of cliffhanger relies on withholding vital information from the audience. They can function effectively as verbal or non-verbal scenes. Imagine a scene where a character returns home to find a gift-wrapped package on their doorstep. It isn’t their birthday or special event. They open the box. We can’t see what’s inside. All we see is a delighted facial expression. Or a snigger of contempt. Or a cringe. Or a scream. The audience relies on the contents of the box to be revealed later.

This is an extension of a deliberately incomplete scene. The finale of The Sopranos fully exploited this technique by ending the series mid-sentence. This elevated the unanswered questions of Tony Soprano’s and his family’s fate. The ultimate resolution is that… there is no resolution. Audiences were divided on the effectiveness of this stunt. Perhaps it was a metaphor for life or it simply teased the audience with the possibility of a reboot or spin-off series?

Dramatic irony is best exemplified by the iconic scene of two (wo)men sitting at a table with a bomb underneath they are unaware of. The audience is in a superior position since has information that the characters don’t have. Dramatic irony doesn’t require all characters to lack full knowledge of a situation. Consider a scene where a man is driving to his beloved’s house to declare his undying love and propose, but she is intimate with her true love.