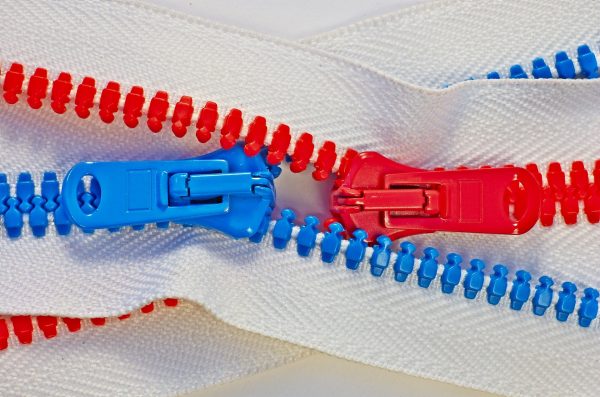 15 Types Of Intimacy Between Characters

Character interactions in films and television shows are often defined in terms of a dramatic function such as protagonist vs antagonist or main character and their supporting characters. These somewhat narrow definitions facilitate the conflict in the story in terms of opposing beliefs, morals, and goals.

Fewer screenwriters examine the more intimate and nuanced bonds characters experience with each other – the tender moments that really depict how they feel about each other beyond external and superficial interactions. These bonds are built on love, mutual trust, respect, and connection.

Intimacy means that each character genuinely feels understood, felt and appreciated by others – mind, body and soul. Intimacy isn’t exclusive to lovers. It relates to all character interactions between family, friends, and colleagues.

All forms of intimacy are based on an awareness of one’s own feelings and the feelings of others. Successful intimacy thrives on both verbal and non-verbal communication to survive the turmoil they may experience.

We’ll explore the main types of intimacy in this article. It should be noted that although they are listed as distinct entities, there is tremendous overlap between them in practice. Think of a intimacy as the totality of a relationship and each of these a focus.

This it ability for two or more characters to feel vulnerable and safe with each other. They are in a space where they can comfortably express themselves and their feelings without fear of retaliation or judgment.. Each character feels comfortable sharing their secrets.

Oftentimes, physical intimacy refers to physical activity. It is closely linked, but not exclusive to, emotional intimacy. It relates to any contact ranging from close affection, a friendly slap on the back or a firm business handshake. It could be any gesture that inv0lves touching another person, either  sexual and non-sexual. It’s a space when two or more people can discuss their physical needs, wants, desires openly and frankly.

This is the most complete of intimacies which involves the total acceptance of another person, warts and all. Although they are never free of conflict or ill-feelings, unconditional intimacy is seen in its purest form between a parent and their children.

This refers similarities in tastes. They can range from clothes, through to music, arts, sports, food. It can even include thinks like decorating or other cultural expression.

When two or more people spend so many hours a day together they can bond through not only the collective sense of problem solving and achievement, but also the work environment. Think of the expression work buddy/husband/ wife. It relates to shared tasks, duties and responsibilities.

Typically seen in marriages and other cohabitation arrangements. Each party declares what they expect from the relationship and what they are prepared to give to make it function.

This is about finding new and unusual ways to express your love for another character. It’s the difference between your lover buying you roses on Valentine’s day and writing you a poem.

This is about two people being able to rise above their differences and come to some sort of amicable resolution to a problem. It may lead to solving a problem, but not necessarily. There is a difference between settling an argument to restore peace and truly resolving individual differences in world view. This type of intimacy could also arise through having a shared adversary.

As its name indicates, this type of intimacy occurs during extreme and relatively short-lived crises such as a natural disaster, hospitalization, or other emergency that requires immediate attention. There is heightened emotion in all characters driven by fear and adrenaline. Everyone is stressed and some people panic. It’s important for one party to remain calm and perform a calming, listening, and understanding role. It’s an overwhelming situation and the intimacy tends to wither after the situation is over. It differs from conflict intimacy which typically unfolds over time

This is often restricted to bonding over religious discourse. However, spirituality has a broader meaning to include ethics, beliefs, qualities, faith, philosophy, and morals.

These are the bonds formed through shared mental activity. It could arise through your shared love of science, mathematics, computing, philosophy or anything that requires a degree of analytical thinking. Intellectual intimacy also includes hobbies and other activities requiring specific skills. It is the meeting of the minds.

This is about bonding via shared experiences. This could be something as simple as doing the housework together or climbing Mount Everest. This is often seen in travel groups where several strangers bond over a trip for its duration. Such bonds may outlast the experience, but are more frequently short-lived.

Although circumstantial intimacy contains elements of experiential intimacy, they are typically unexpected and force characters to deal with them. A circumstance might include mass layoffs or being stranded at a train station after missing the last train home.

This relates to relationships that involve doing specific non-essential things. This includes shopping, going to the movies, the gym, or any activity for that matter. You bond over a shared activity that is a form of play or entertainment.

Many significant matrimonial arguments are centered on money. It requires honesty and responsibility on all sides in terms of financial liabilities that impact another character. Think of the scenarios of overwhelming credit card or other debt leading to non-payment of rent, utilities, or other shared expenses.