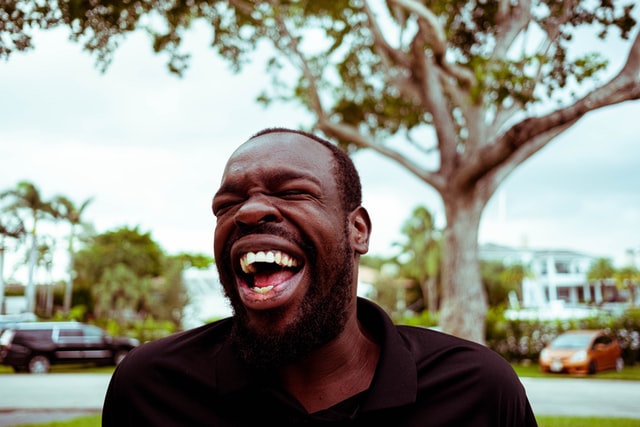 Even seasoned screenwriters can struggle when venturing into comedy for the first time. Unlike drama, comedy has additional structures and considerations that have to be understood for the work to succeed. Humor is what makes you laugh, while comedy must be linked to a situation, context or character.

Here are some common missteps writers make when dipping their toes into the genre:

1) The Comedy Isn’t Connected To The Characters

In standup comedy, a laugh comes from the combined impact of a punchline’s words, its delivery, and the personality of the person holding the microphone. The same joke that is hilarious when told by Sam Kinison might fall flat if it were delivered by Jerry Seinfeld. That’s not because one is better than the other, but because each comedian is able to tell different jokes based on their personality and circumstances.

In a comedy screenplay, different characters can deliver different beats of humor. Ghostbusters works in part because Peter Venkman, Ray Stantz, and Dana Barrett provide distinct approaches to both comedy and science fiction. Venkman is a deadpan charlatan, Stantz is a manic believer, and Barrett is a serious person in what is to her a serious situation.

If Venkman had thought of the Stay Puft Marshmallow Man, it would have been a random occurrence that was mildly humorous at best. It’s funny when Stantz does it because we inherently understand that this is coming from his personality.

For the same reason, we would not laugh as much at Stantz observing, “Well, she’s a dog,” because that would not be motivated by an underlying cynicism regarding the situation. In addition, if Barrett had not been portrayed in such a serious manner, then a delivery of that line from either character would be lacking because it would not be subverting an established dramatic thread.

2) A Lack Of Comedic Structure

A punchline is not a joke. Neither is a setup. A joke is both a setup and a payoff. The punchline completes the joke so it cannot be delivered at the start of a gag. Similarly, a list of jokes is not a standup set. A set requires that the jokes to build off, call back, and subvert one another.

A screenplay can have something outrageous be said or done four times on every page and still not be funny. This is because the various gags are disconnected.

A man standing in line to rent a car is not inherently funny. A woman behind the counter giggling on the phone is not particularly amusing either. Yet both of these images elicit laughter in Planes, Trains & Automobiles because they are part of a broader comedic structure.

The image of Neal Page flailing his arms in a parking lot raises the energy of a sequence. His standing in line takes that momentum and arrests it. From there, Neal is at the mercy of the rental clerk, takes control through a litany of profanities, and then is himself usurped by her final line. Each shift in momentum or dominance brings a laugh. The biggest comes at the end, when all the energy of the scene is paid off at the same time that Neal experiences a total loss.

None of these beats are interchangeable in terms of plot or humor. They are tightly integrated, building off one another until they reach a climax.

A beat of humor should be irreplaceable and immovable at all stages and levels of a comedy narrative. Just as Darth Vader cannot reveal his identity to Luke Skywalker ten minutes into The Empire Strikes Back, Sally cannot moan over a diner sandwich in the opening scene of When Harry Met Sally.

A comedy writer should be able to justify why a given joke must occur at a specific point.

This may seem obvious, but a comedy screenplay needs specific beats of humor. It should not be hard to point to a spot in a page and say, “This is where they laugh.”

A manic tone is not inherently funny. Absurd circumstances are little more than noise until a character can pay off that energy. Consider any failed improv sketch. On paper, the premise might be humorous enough, but the audience is silent.

In Galaxy Quest, Jason Nesmith and Gwen DeMarco running through an increasingly nonsensical and dangerous system elevates the action, but not the humor. That latter element comes when Gwen, fed up at the sight of the next obstacle, declares, “Oh, screw that!” If one takes out that specific line and relies only on the characters becoming generally upset over the course of the scene, then the audience never has a point to laugh.

This issue is particularly important for action comedies. When the action rises, that energy should be feeding into the comedy. That integration is what elevates Men In Black. As Agent K drives through New York City in a rocket-powered car, the scene quickly delivers one gag after the next. A weaker film would stop telling jokes and rely on the thrill of the action alone.

In any screenplay, a character’s internal tension should be constantly rising and falling. If the energy of a scene is increasingly manic, that should have a positive or negative impact on the characters involved.

If your characters are not naturally breaking, paying off the energy of a scene and delivering reactions like Gwen, then they may be too internally static. Similarly, if your lead is constantly gawking and falling over themselves, then they aren’t grounded enough arrest a scene and give it structure.

Imagine that two witty characters walk into a room. They deliver sarcastic quips at one another. Then the scene ends. And nobody laughs.

The issue is that the banter lacked any push or pull. The characters did not irritate the internal conflicts of one another. There was no shift in dominance. In a normal screenplay, this would be enough to result in a pass during a development read. With a comedy screenplay, this script gets a pass and the reader labels the writer as “unfunny”.

For good banter, look at Seinfeld. During the opening scene of “The Chinese Restaurant”, George kicks things off by eagerly commenting on garbage men. Jerry takes setup, seizes dominance in the scene, and launches into a piece about cops and garbage men. Then, Elaine, immune to Jerry’s wit, serves as a way to wrap up his ramblings. The joke works because the characters pass the comedic baton to each other.

On the surface, it seems like aimless banter from sarcastic figures. In actuality, these three characters are constantly trading dominance as a way to give structure to the humor.