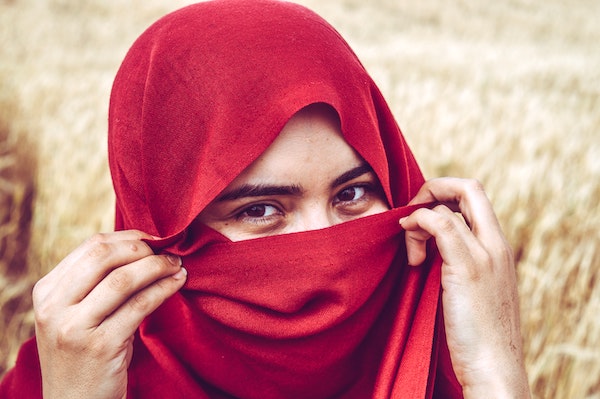 It is written that every scene in your screenplay must do one of two things – reveal character or advance the plot of the story. Ideally, screenwriters should aim to do both to elevate their scripts.

There are a number of pivotal scenes described in this article that give both writers and audiences a defining insight into the characters. These character-revealing scenes may be verbal or non-verbal. They are determined by the decisions characters make and the subsequent actions they take. There needs to be a consistency in these scenes so audiences can build each layer of a character’s personality. However, there is always room for one or two surprises to give a character an additional layer.

Let’s explore the main types of these scenes:

Writers can start by asking some questions to contour their character’s thought process.

Consider what actions (or inactions) your characters take. How do they arrive at these choices? Are they painfully slow and surgically examine every possibility, or do they act impulsively, and oftentimes, recklessly. Are they active or reactive in their choices?

As an example, we can a scenario where a woman (let’s call her Marcy) comes home late one Friday night from a party and notices her front door is slightly ajar. What Marcy she do? This scene could play out in a number of ways – each one illustrating Marcy’s character. As a screenwriter, make a list of five to ten possible options. Marcy could run, pull out a gun, call 911, open the door, and ask, “Who’s there?”

What does a character do?
How do they do it?

All these possibilities are fairly pedestrian, but plausible. How could this scenario be turned into something unusual? This is where your screenwriting expertise comes into play.

Marcy could whip out her nunchucks, a taser, or a smoke bomb handily tucked away in her purse. Or maybe a laser gun so she can vaporize the intruder?

The next question for a screenwriter is to ask how the characters execute their decisions? What is their demeanor and state of mind? Is Marcy shocked, prepared, calm, panicked? Does she know what she’s doing or winging it? Answering these questions will reveal so much about a character so it’s worth spending the time in the outlining phase to meticulously outline each scene.

Screenwriters also need to think about the preceding and proceeding scenes. The lead-in and the lead-out scenes which will influence how the scene may play out.

What are the outcomes? Going back to our example of Marcy being broken into, think about whether her actions solve the issue, or create further problems to escalate the conflict. Was Marcy’s chosen response the best way to handle the situation? Did she learn and grow as a person? Why did this need to happen? Does this event force Marcy to confront something from her past she’s avoided for too long?

These scenes are related to the high-octane car chase action scenes, but they are more nuanced and heightened. The adrenaline-pumping action may occur internally.

They are typical of a crisis moment – a crucible if you will. Let’s go back to our previous example of Marcy returning home and noticing she’s been broken into. She’s decided to feel empowered and handle the situation herself come what may. No calling 911 or running away.

She whips out a fold-up baton from her pocket, cracks her knuckles, and tip-toes into her apartment. Not a word of dialogue.

These three actions reveal so much about Marcy’s character. She chooses to fight. She’s brave and walks into a danger zone, unafraid to defend her property, but aware of the danger. She’s not a victim, she’s careful, methodical, and ready to enter the combat zone after assessing the risks. She’s prepared and resolves to defend herself. Don’t mess with her.

Let’s get to know Marcy some more.

Marcy pauses, takes a few deep breaths, realizing that success is far from guaranteed. She can still change her mind and leave, but doesn’t. She enters and sees a shadow in her bedroom. She barges in, extends her arm, and kicks the bedroom door open. She confronts the thief and yells at him. The thief wields a knife warning her to leave. She lunges in and attacks him with her baton and knocks the knife out of her hands. She whacks him on the backs of his knees and he topples over.

Let’s take a pause and consider what her brazen actions reveal about her. She runs on adrenaline, quickly takes control of the situation, and uses measured brute force to subdue the intruder.

These are the big turns that occur in the story – a big loss, or a big gain. A big swing in your screenplay must mean a lot to your character. How does a character react to being fired, losing a pet, or losing a parent? Are they sad, stoic, or really angry? Their responses are so revealing.

These big swing scenes are major plot points that pivot your story into a new trajectory. Writers should consider both how characters react, but also, how they respond. They are sequential events – first, they react, then they respond.

Characters should be constructed so they’re built-up to act within character. What does Marcy carrying a baton at a party tell us about her character? Has this happened before or was she just playing it safe? How does she feel about hurting someone? Screenwriters might also consider how their characters’ reactions compare with those of society at large. Is there an over-reaction, under-reaction, or a standard reaction?

A character’s reaction is as important as their response

These are major confrontational scenes where scores are settled and the protagonist and antagonist duke it out. They are driven equally by emotion and reason and there can only be one victor. These characters get everything off their chests. Unsaid things are finally said, secrets are revealed, misunderstandings are cleared and each party knows where they stand.

What might a showdown scene look like for Marcy? It would work best if she knows the intruder or who sent him. Imagine that the intruder is an ex-boyfriend she split up with a few days prior. This might unravel as a dialogue-heavy scene where Marcy tells it like it is.

These are reflective, meditative scenes that illustrate a character’s vulnerability after an intense event. How do they take stock of an emotionally-draining situation and recalibrate themselves? They function as a welcome respite from the big swing and showdown scenes.

Let’s continue with Marcy’s scenario. The battered intruder escapes. How does she react in the aftermath? Does she straighten up her ransacked room with a stiff upper lip, does the flop on her bed and cry, pour herself a stiff drink, or does she call her mom? These scenes also give the audience some time to process a crisis moment because they share a more intimate space with a character and give the audience a glimpse into how Marcy handles a crisis.

Quiet scenes don’t always need to follow a traumatic moment. Writers should consider how a character unwinds and rests? Do they pray, meditate, read, or listen to music?

Quiet scenes can also include standalone, slice-of-life scenes that link the main action scenes. They could be something as simple as a character making breakfast or cleaning the house. They give the audience a break in the main action, but also reveal more about a character in a non-conflict situation. What might Marcy have for breakfast? Coffee and toast, pop tarts and soda, or granola?