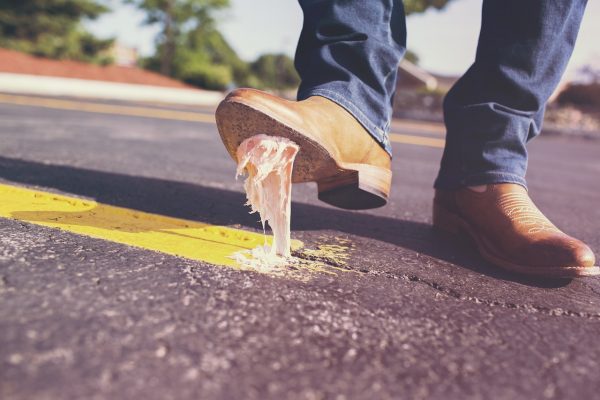 Hands up if you’ve ever been stuck on a scene while writing your screenplay. Come on. Be honest. The scene that causes you to sweat profusely and gives you heart palpitations. (If that happens, walk away from your computer for a while). Every screenwriter reading this article should have their hand up. You may not find the perfect solution to your problem, but you will generate possibilities to allow you to resume writing your screenplay. Getting stuck is a symptom of issues earlier in your screenplay.

Let’s examine some useful ways to solve your screenwriting problems:

Look at the emotional context of the scene as well as where you are in the story. Don’t think about logic or reason at this point. Leave that for the plot. This can be a simple dichotomy of happy versus sad or the full range of basic emotions – happy, sad, fear, disgust, anger, and surprise.

Consider how each character is feeling and how they want to be feeling by the end of the scene and ultimately the story. Write down how their feelings influence their choices and actions. These feelings could change or they could be static. They can be a simple dichotomy of happy versus sad or the full range of basic emotions – happy, sad, fear, disgust, anger, and surprise.

How do the feelings of the main character impact how the supporting characters feel? Test one character at a time or else you’ll end up tying yourself up in even more knots.

Now you can look at your screenplay more objectively. Deconstruct the story situation. Look at the plot and where you are in the timeline of both your scene and the overall story. Take stock of what each character knows up to this point as well as what the reader knows. Is there any exposition, information, or other reveal that’s required at this point?

Facts matter especially in your story world. The established rules of your world must be consistent. This is more relevant in fantasy worlds that rely on artificial constructs than real life. Wonder Woman can’t suddenly alternate between her Lasso Of Truth and her bracelets.

Look for contradictions in the logic of your screenplay. If someone has already killed someone, they can’t be planning a murder, or a woman can’t be pregnant a few weeks after they’ve had a baby.

Start looking at other logistical issues. If someone is in prison they can’t simultaneously be at the Grand Canyon.

Examine the congruity and consistency of your characters’ behaviors. A meticulous, OCD detective who notices what type of buttons you have on your shirt can’t suddenly NOT notice your black eye after a bar fight. Your audience will balk. You should too.

This is a matter of taking an aerial view of the story and observing how far along your main character is in obtaining (or not) their goal. Where are they in relation to the start of their journey and the end? Look at the direction of travel. Use the main screenplay structural beats and turning points as a guide.

Now you can combine sections 1 and 2 – facts and feelings. Examine how they modulate in relation to the story trajectory and character arcs.

What was true earlier may not be the case now? Revisit the above-mentioned detective who observes more than Columbo or The Mentalist. How might their powers of observation change if a loved one dies, or they were in mortal danger?

Thoughtfully regulate your transitions between scenes. Your detective isn’t going to become a disheveled mess in one scene. The quantum leap will probably jar your audience and yank them out of the story as they recalibrate their experience. Look at the scenes surrounding your problem scene and find a solution.

This is a matter of reverse engineering your problematic scene. Determine what your characters will achieve or lose at the end of the scene. Then you can write your screenplay backwards until you reach the starting point. Sometimes the beginning of the scene is not the best place to start writing if you already know how the scene ends.

After you do this, you can compare the scene outcome to the overall story outcome.

Consider the outcome of the scene in terms of your main character’s macro and micro goals. Will the main character be closer to achieving their goal or being pulled away from it? If it’s the latter what is the magnitude of the setback?

Screenwriters might start by assessing whether the scene that’s giving you heartache is upbeat or downbeat in tone and mood. Which direction are they headed? Do you want to continue with a positive or negative tone, or do you want to change directions? You can do this as you progress from the scene’s start to finish, or write pivot points within the scene. The latter is often seen in chase scenes where the power or upper hand frequently changes between the hero and villain – the zig-zag effect.

Better screenplays continually play with positive and negative tones in the story to keep their audience hooked. Too few tonal changes will generate boredom while too many will create confusion.

It’s time for some out of the box thinking. That’s right. Toss all the story puzzle pieces out of the box and pick up random story fragments. Clarify what you want to say in your scene and write more unusual and exciting ways to tell them.

As an example, a groom is running late for his wedding and he’s stuck in traffic with his entourage. Write down all the obvious ways he can get out this pickle? He rolls down his windows and abuses the other cars, gets out and walks. Get these scenarios out of your system and put them aside. If you’re still stuck, mark the scene with an asterisk and return to it later. Don’t battle it out.

Now look at alternatives to how the groom could make it to his wedding in time – Drone, bouncy shoes so he can walk along the roofs of cars, a jet pack, teleportation beam fakes a heart attack and hitches an ambulance ride to the hospital via his wedding.

Ask the big question, “what if?” to spur your imagination. Don’t judge during this initial brainstorming session. You’re generating possibilities that you can whittle down later. Your first idea may not be the best.

Utilize both sides of your brain to unstick your creativity and resume your writing flow. Each side (logic and creative) has a specific function that needs to be exercised. There isn’t a specific order required. Start anywhere. Alternate between the two.