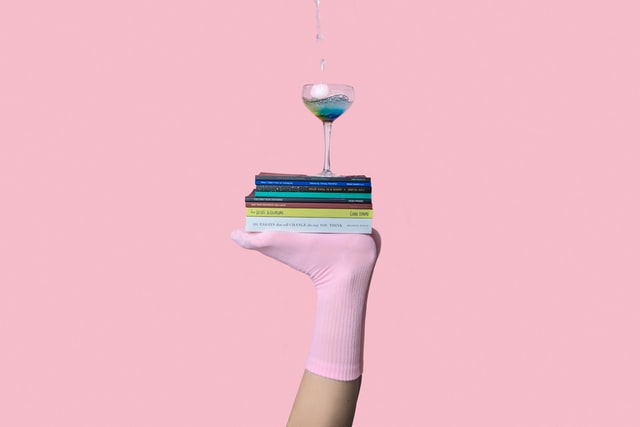 7 Ways Screenwriters Can Keep Themselves Stable(ish)

Every screenwriter experiences peaks and troughs in their careers. Oftentimes, our careers are so chaotic we can’t see the forest through the trees. Here are some concepts you can use to keep yourself mentally and emotionally grounded:

This is a psychological concept that states that a screenwriter’s personal belief in their abilities is a more accurate predictor of their professional success than simply expecting success to happen. Naturally, self-efficacy comes with caveats. A screenwriter who doesn’t put in the work will never succeed no matter how much they believe in their own abilities. An incomplete screenplay can’t be filmed. Similarly, crossing your fingers after you enter a screenwriting contest will not enhance your chances of success either. Self-efficacy relates more to your mindset.

Control is defined is a writer’s ability to determine outcomes through specific actions. There is no way we can control everything in our screenwriting careers. But we are also not powerless to control anything.

A locus is a specific point where the said control is exercised. Typically, the locus of control is categorized as either internal or external. You can probably guess what each category means. Neither is exclusively better or worse. It’s all a matter of perception.

An internal locus of control means that as a screenwriter, you define the control of your career through your own chosen actions – complete a screenplay, attend an industry mixer, enter a screenwriting contest or do a read-through of your screenplay. You are in charge of your actions.

An external locus of control occurs when screenwriters hand over control to outside forces such as the industry, a contest, a film producer, or a network. Oftentimes, we can’t choose the latter because they are the gatekeepers.

The truth is, that screenwriters should be aware of these two types of loci and strike a reasonable balance between them. If the balance is tilted too far externally, you risk adopting a victim mentality and having your screenwriting career defined by others. Conversely, if you exclusively focus on internal control, your screenplays may have difficulty landing in the marketplace.

Having a healthy preference toward an internal locus of control means you can focus on making your work the best it can be and let the external industry chips fall where they may.

Setbacks are simply roadblocks to be overcome, not fatal mistakes.

Every screenwriter has faced a general meeting where you’re unsure of the expectations. Is that bad or good? Where would you place a general meeting on a scale of zero to ten? (the lower the score the worse the outcome) What if you had a coffee meeting with a producer you want to work with? What score would you use? Is this even a valid question? Is five good or bad? Neutral, undecided, or both? Sometimes we need to happy without grading a meeting and focus on the experience.

Creative meetings and interactions are often defined by unclear outcomes.

A yes is certainly a ten, but not all yeses are created equally. A yes may range from a producer liking your script to actively pushing it into production. More often than not, it will be in a space somewhere in between that keeps shifting.

The eternal frustration of rarely getting a straight answer faces every screenwriter. If someone requests to read your screenplay and you don’t hear back after a month or two, is that good or bad? What if had a meeting and you didn’t hear back?

It could mean either or neither.

This is the problem with firmly placing every creative transaction into either a success or failure camp. Too often, you simply don’t know. Accepting this fact makes you less likely to respond negatively or suffer undue anxiety.

4) What Does An Definite Event Mean?

Many screenwriters can’t see an outcome beyond success or failure. A more productive way of looking at a situation is to find a pattern or meaning in it. You sold a screenplay you’ve been working on for a decade. Congratulations. Ten points. Your decade of endless rewrites may or not have contributed to this. It is more likely a matter of the right project landing with the right producer at the right time. What next? You may or may not get the cast you requested. You may or may not get first dibs at rewriting or even directing your opus. You may be fired from your own project.

What if you got a rejection as you were negotiating your contract? The budget may have been too high (or low), there isn’t an obvious market demand for your screenplay, it may be difficult to shoot, or distribution may be a problem.

It certainly pays for a screenwriter to explore these industry considerations, but don’t swell on them. Sometimes, a project wasn’t meant to be. Bad news is a part of life. Soak it up and move on.

Every screenwriter is human and therefore elicits emotional responses. Don’t deny yourself the right to pop open the champagne or drown your sorrows. Just don’t dwell in these responses, or inhabit them to excess. Studies show that trying to calm yourself down in the face of bad news has a detrimental effect on our well-being.

Sometimes, we have to exist with our negative emotions and ride them out. Suppressing them will only make them express themselves in more harmful ways. Look at ways to modulate them. You can’t scream every time something goes wrong.

Are your fears and anxieties a turn on or a turn off? It all depends on your perception and framing. Are they writing fuel or fire?

Have a small group of trusted screenwriters, preferably at your professional level. This is the inner circle you can share your thoughts and feelings with. It is your safe space. People you can depend on. Choose them wisely. They could be the ones pushing you to surpass your limits or simply to support you when things go wrong.

In fact, choose all your professional associates wisely, whether they are in your inner or outer circle. It’s easy to speak with everyone you meet in case you find a project to collaborate on in the future. By all means, be nice to everyone in the industry, not so much because it is so tightly-knit and people talk, but because it’s the decent thing to do.

However, you don’t have to attend every event you’re invited to just to be polite. Sometimes you have to say no and focus.

Like many artists, screenwriters work both inside and outside a vacuum. You should be independent and write what excites and defines you. You should also be cognizant of how both you and your work will be received in the industry. Don’t be a sheep, but don’t be too much of a black sheep either if you want a sustainable career.

Your independence means you don’t measure your personal value against others, but rather, against your previous self. You aren’t exclusively defined by what others think of you, but you also can’t be so self-absorbed that you never take external feedback on board.

Finally, discipline. You are in this for the long haul and most of the time nobody is going to set your work hours. Make the decision that you are a screenwriter and you are solely responsible for writing screenplays unless there’s an imminent check.