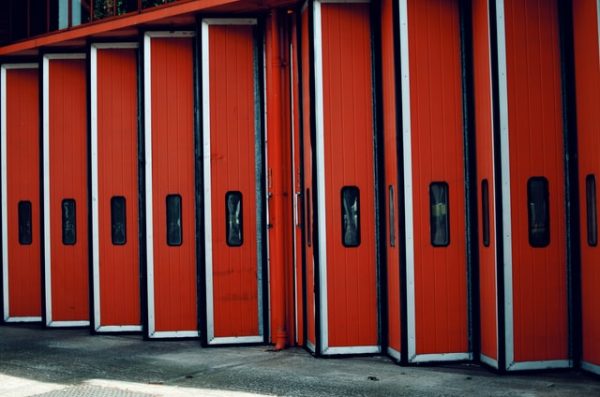 8 Types Of Opening Scenes To Make Your Screenplay Stand Out

After the title of your screenplay, the opening scenes will create the biggest impressions on a reader. They will immediately get a sense of what they signed up for and whether the script is likely to deliver. The first few pages of your screenplay must work on a multitude of levels. It must:

A script reader must have some sense of what your story is, where it might go, and entice them to continue reading. It is therefore imperative that screenwriters are aware of the purpose of these vital opening scenes, but also the different types.

Here are some opening scenes that you could use:

In the case of big-budget action films such as the Mission Impossible movie franchise, the opening scenes lean towards elaborate, stunt-filled, nail-biting action sequences. They set the stage, and let the audience know what they’re in for. These sequences are mini-films in their own right and serve as a prequel into the main story. They are typically followed by lower energy scenes that introduce the characters and allow the audience to catch their breath.

Not all powerhouse introductions need to be of the high-octane variety. They could simply introduce a character’s world at work or play, followed by a critical incident such as a car crash, to hook the audience.

Much like the powerhouse scenes, intriguing openings are precursors to the main action and gently draw the audience into the main story. They can be cryptic, quirky, or unusual in some respect to generate curiosity in the audience. They could also be a meditation, an aesthetic, a philosophy, or an irony to create a degree of mystery. Sometimes, an intriguing opening can simply be a quote on a black background to set the mood and theme of your screenplay.

These thrust the audience into the story without giving them much background or story context to orientate themselves. They are given some relevant clues or a barrage of clues delivered too fast to process.

These types of openings are ideal for audiences who enjoy the mystery of puzzles and like to figure out the story elements themselves.

Voiceovers are a stylistic storytelling device that is most prone to misuse. They are not designed as a crutch to tell the viewer the story or explain situations, motivations, plot movements, or deliver backstory and exposition.

Voiceover openings are often seen in big-budget epic films that need to deliver a lot of story setup quickly. These types of voiceovers can be told from the perspective of a narrator or the main characters.

A narrator can function as a removed third party who can issue warnings, advice, or higher wisdom to both the audience or the characters.

A character voiceover is typically written from the main character’s point of view. It can introduce themselves and the story landscape, their process, and justification for actions, their inner thoughts, feelings, and aspirations. It’s important that this internalized dialogue can’t easily be illustrated through regular dialogue and actions.

Voiceovers can be written in a number of ways. The can be delivered over black, scrolling text, a montage, or still images. Since they elevate what audiences see on the screen, writers should never use voiceovers to describe actions on the screen. Writing voiceovers incongruous with onscreen actions can be an effective use of them. Consider a juxtapositional scene where someone is baking a birthday cake for their grandma and add a few drops of poison while they expound on how much they love her in a voiceover.

These opening scenes can parlay the screenplay into another time period via flashback or flashforward.

Bookend opening scenes raise the central question of the theme which will be answered in the final scenes to complete the bookend. The question posed will become the substance of the story.

This is a more traditional type of opening scene comprised of visuals that depict the story world and sets the stage of where the main action will take place.

These scenes can be montages, establishing shots of a place, or a situation such as a newsroom. These scenes rapidly convey compressed information in minimal time to catch the audience up and transition them into the main story.

This can be a day in the life of your main character to establish their character, the conflict, and the world that is about to be disrupted. Moreover, these openers act as a biography of your characters and reveal their demographics, preferences, beliefs, affiliations, fears, aspirations, and secrets.

That’s a lot of information to pack into the first few pages, so be judicious in what’s included. Some screenwriters fall into the trap of telling a character’s entire life story and overwhelm the reader with unnecessary and irrelevant information.

Establishing character does not mean every salient aspect of their lives needs to be revealed in the opening scenes. Writers should allow room for discovery and surprise as the story unravels.

These openings go hand in hand with establishing character. Dialogue gives us a more nuanced insight into the main character’s mental and emotional frame of mind.

The way a character speaks can be defined by their word choices, accents, velocity, rhythms, cadence, and perhaps speech impediments. Consider a lack of speech to be an important indicator of character. Is a character impulsive who blurts out whatever is on their mind, or to they pause and consider their responses. Silence can also be a powerful response.

Dialogue can also reveal certain information like their educational status, their profession, their environment, where they were born, raised, and schooled.

Finally, dialogue also informs their relationships with other characters and their degree of comfort and intimacy.