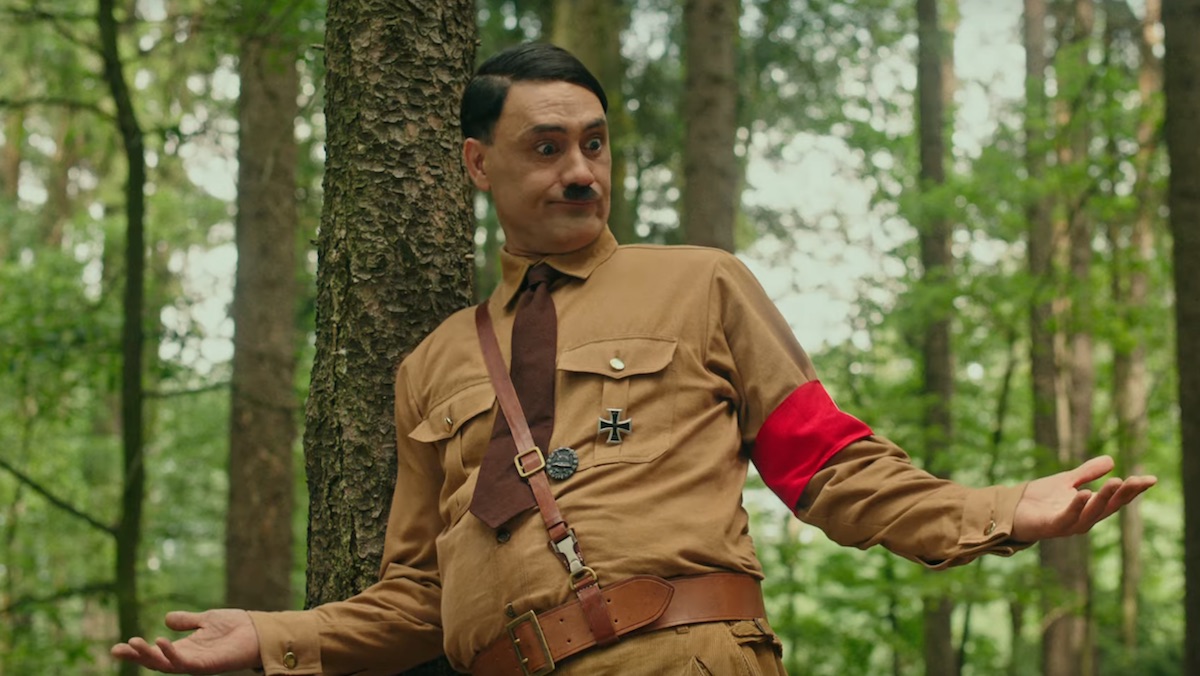 Christine Leunens describes herself as “very, very bookish as a child.” In fact, she checked on so many books that a local reporter even wrote a story about her reading habits. Reading an array of books inspired Leunens in ways she didn’t even truly understand in the beginning.

Soon, she started writing 20-page letters to friends and they were so long her grandfather said, “I think you’re going to be a writer one day.” With a massive education in story and a small push, she started to write more and more. “It’s the world of interior emotions. Writing gets as close as you can to who you really are.”

While living in Paris, she started writing comedy and dramedy scripts for plays. But when producers and directors asked for major changes, she got frustrated when certain works were changed for personal preference rather than the greater good. “I actually left the security of these contracts to go write a book, which was an act of faith.”

“It felt so meaningful to me to go and write the story I wanted to tell.” The New Zealand-Belgian novelist is best known for Primordial Soup, A Can of Sunshine, and Caging Skies, which was just recently adapted into a film by writer-director Taika Waititi, under the name Jojo Rabbit.

For her first novel, she essentially treated the writing like a 9-to-5 job, occasionally adding hours after dinner and on the weekends. “I was very disciplined. I tried to get through the first draft, then I would read what I did, and start on the second draft. People say writer, but it should rightfully be called the re-writer.”

Leunens writes and rewrites until she’s happy with the work. Generally, this means going through every single line, over and over again, until she’s merely tweaking commas. “Then it’s ready to send in,” she concluded.

“I was friends with an elderly French woman and her parents hid a man during the war,” she said. “She fell in love with him and after the war, they were married. The parents didn’t approve of the match, sadly, but when she told me the story, I thought that was a powerful movie that I couldn’t get out of my mind.”

The material was enticing, but the author wanted a slightly different take. She made the person hiding in the attic a young Jewish woman (Thomasin McKenzie as Elsa) and the one who found her a Hitler Youth (Roman Griffin Davis as Jojo). “That brought it together. It allowed me to explore how he became a Hitler Youth from being an 8-year-old boy, and how meeting Elsa would change his perspective.”

Since the Hitler Youth were taught that all Jewish people were the “incarnation of evil,” the story needed to showcase Jojo’s previous mentality and then break down those walls through the character of Elsa. In addition to the character piece, Leunens knew she had to use historical facts to tent pole the overall story.

“With my first book, I just wrote. For this one, I couldn’t do that,” she said. “This is when Hitler Youth became compulsory. I made the history, then had the plot follow along with what was happening… when they were winning the war, when they were losing the war, and the occupation. Interestingly, that added layers to the story because something’s happening on the collective scale and the individual scale.”

As for the adaptation from Taika Waititi, Leunens said, “Taika and I belong to the same artistic family, but he leans towards comedy with drama. I lean towards drama, with a touch of comedy. We meet in the middle. My book has elements of comedy, but my book is darker.”

“Even in the moments of comedy though, there is a sadness element in his film because you always know what’s happening. You feel what’s happening behind, or the real situation. You might laugh, but Elsa is hiding. He’s a Hitler Youth. How can her mother navigate the world and keep him human while he’s indoctrinated? It’s about bringing a little bit of hope to that sadness.”

One major difference is the character of Hitler in the film, portrayed by Waititi. “In the book, Hitler was in the consciousness of the character. In the movie, Waititi brought Hitler out because he wanted to explore the viewpoint of Hitler from a child. That’s not in the book, but it explores what the book was trying to do with the same message.”

“In my book, it carries on longer, of course. The book is so many pages you can’t fit everything into the film. Tonally, it’s different, but it’s the same themes, the same plot, the same emotional essence, and the same message that comes across. It’s just another medium that is compelling and engaging for an audience.”

When the writer was creating the outline for the book, she actually never pitched the idea to anyone. She just started writing. “I didn’t pitch this which is really crazy because it took five years to write. The publisher of my first novel didn’t take it. I had an agent, but it had difficulty. People didn’t want to publish it.”

Now, the book has been translated into twenty languages. “I never wrote the book thinking it would become relevant in my lifetime. It just kept going from country to country. Then it became a play and then a film. For me, it was an incredible journey. I still remember when my agent said, ‘No one will take it.’ I was devastated. I knew it had meaning, but it eventually went further than I ever imagined.”

In the writing of Caging Skies and the decision to write novels full-time, the author made giant leaps with the security of a safety net. There are many arguments for careful pursuits as well as giant leaps, but Leunens feels a certain motivation or need when a story gets ahold of her.

“It has to be a moment when I’m just burning to get it on paper. I really want to make sure the story is done, beginning to end. Then, it’s almost a relief when somebody else has it and I know it’s safe in someone else’s hands.” But in order to get to this level, she needed a process.

“There’s day-to-day writing. Sometimes I’ll write something—especially towards the end of the day—where I think a paragraph is beautiful. Then I get up the next morning with a fresh mind. That’s the thing about writing. You have to forget what you wrote and come back to it as if someone else wrote it.”

“Then there’s the other process when it’s all done and you read it as a whole. I tend to write more than I need to and then trim away what doesn’t need to be there. I will even take away something that in theory is good, but that takes away from the dramatic tension or pace. That hurts the most, but the book is better without it.”

Currently, Leunens is working on her fourth novel. “What I didn’t know is that every novel is a little bit different. The first wasn’t the same as the second, but the new one is also a historical novel that takes place around the Rainbow Warrior Bombing. That one had the same process as Caging Skies, with themes and story.”

The mindset to know when and where to cut is one of the most difficult to master. “Don’t worry about cutting it. You see the novel as a whole. If something has got to go, but you love it, just put it in a file for another time. You can do recycling and be a little environmental about it. But the story has to keep pace.”

“Sometimes you have to leave something alone for a couple of months. Otherwise, it becomes like a song you know too well. You get tired of it. You can’t do that. It has to stay fresh. At first, leaving something a week alone is enough, but after several years, you may need to leave it alone for two months. Then, you will see it yourself.”