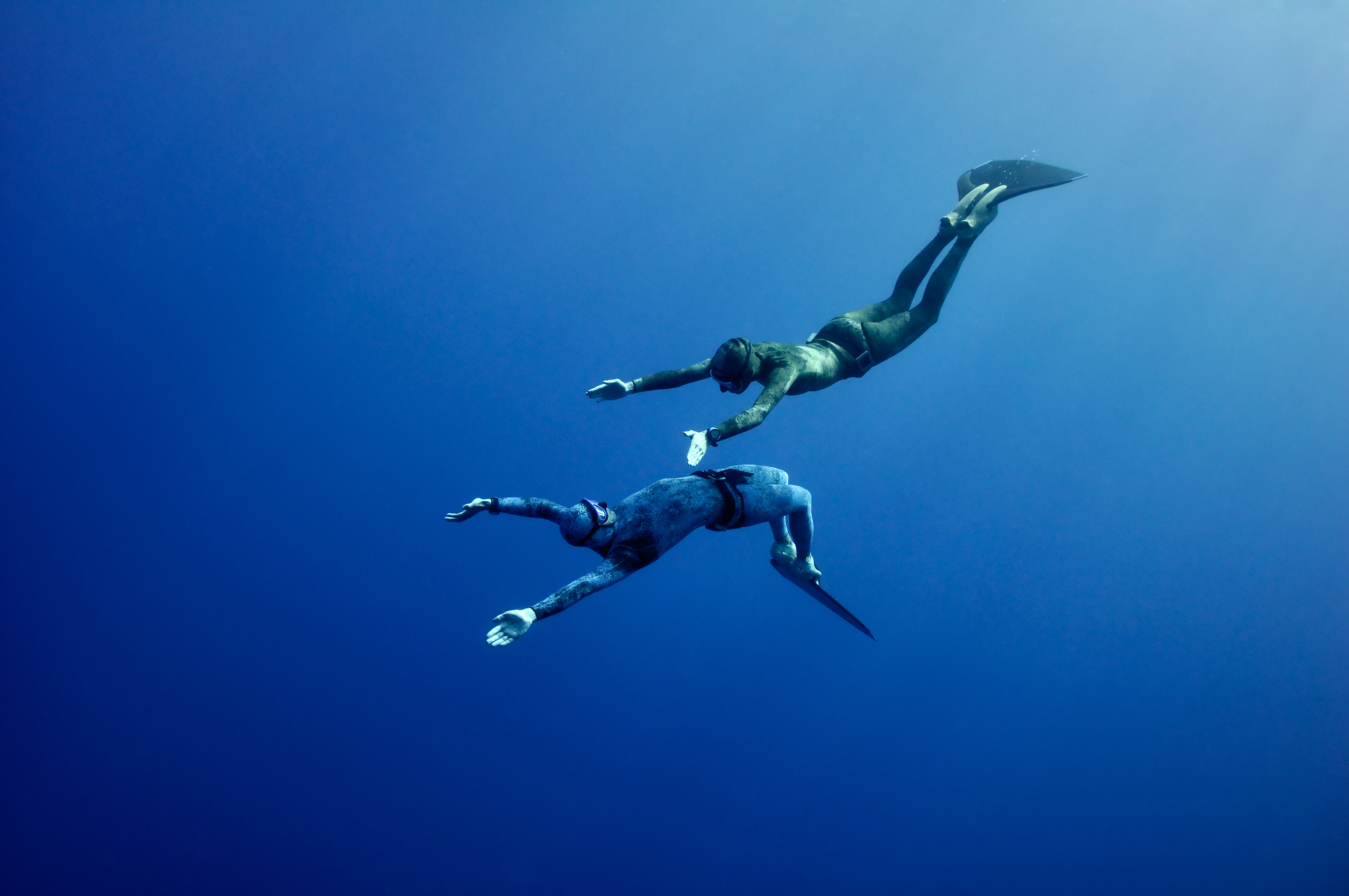 Will your script be another Hollywood casualty or does it have a chance at life beyond the page?

The screenplay is not a completed work even after the writer types the final “FADE OUT.” For the writer’s vision to be fully realized, the script must be produced. Unlike the novel that can stand on its own, the screenplay needs financing, actors, a director and a crew to interpret what the writer has written before it can be brought to the screen. This is where most writers meet a formidable obstacle because it is not how well the script is written that determines whether it will make it to this final stage, but its potential in the marketplace.

Tens of thousands of screenplays are written each year, and while some win contests or get optioned or sold, the vast majority end up lost in the development process. These scripts collect dust on shelves either at a studio, production company or at a writer’s home until someone decides to take a chance on it. No one sets out to write a script knowing that it will never see the light of a movie screen. Everyone, from the producer or studio, who pays thousands for an option or to develop a project, to the writer who invests weeks or years of his or her life to write the script, hopes for the best.

There is often a huge gulf between intent and what ultimately ends up on the page. Writers can lose objectivity because of the time and energy spent on the project. Depending on how close the story is to the writer (and for most, everything written becomes part of a personal mission to bring it to the screen) the ability to judge its viability in the marketplace becomes quite difficult. “Most of the time something that looks unworkable on the page is unworkable [on film],” states Maureen Nolan, a Story Analyst for Miramax Films. “Writers have to be careful about convincing themselves that what they’ve got is a work of genius.” As a

Story Analyst, Nolan is trained to evaluate scripts and provide the coverage the studio needs to decide whether to invest millions on a screenplay. “The most effective way to do the work is to read purely on the merits of the story. Anything that crosses my desk is read in that way. Looking at the script as an artistic entity in itself and figuring out, ‘Does it work? Is it effective? Does it have an emotional impact? Does it speak to me and therefore do I think that it would speak to other people?’ That basically is the primary concern.”

Is it a good story? Would actors feel comfortable and challenged playing the roles? Will a director and producers invest a year or more of their lives to produce it? Will the studio spend millions to bring it to the screen and will audiences spend $10 and two hours of their precious time to watch it? It all goes back to the story and whether it can hold up under the weight of the financial, social, emotional and economic pressures required in making a movie.

“[Story]” is the primary criteria,” adds Nolan, “that’s the first thing that one is always looking for, a story that has some depth and has something to say.” The writer must still depend on agents and producers to be the final arbiters in determining if the story is worth the investment. According to development executive Frederick Levy, what kills scripts has a great deal to do with circumstances beyond a writer’s control. “The subject matter [can present a] problem because of the tone of the nation, because of another movie that was just sold, because of another movie that just came out and maybe didn’t do so well, because that is D.O.A. ” Levy, who recently served as the Associate Producer of Bill Paxton’s FRAILTY, is Vice-President of Development at Marty Katz Productions and author of Hollywood 101 and the soon to be published The Hollywood Way, a business book from a Hollywood perspective that examines the skills that make one successful in the industry, and then shows how to apply those same skills to any career. He explains, “If it’s a great piece of writing, but subject-wise it’s not going to work now because of those reasons, at least you’ve got a wonderful sample of your writing, where you could perhaps get other work based on the actual writing itself.”

For some writers having a script remain simply a writing sample is not enough. These writers are often willing to risk personal bankruptcy to bring that “never been seen before” story to the screen. “The idea you think is new and different… there are probably two hundred scripts based on that same idea languishing on a studio shelf,” states Nolan who has read more than her share of quirky romantic comedies with unique twists. “If some of the best studio writers in the business couldn’t make it work, what makes someone without credentials so sure [his/her] version of the story works?”

Just because an idea is unusual or novel does not mean it is going to work on film. The complicated nature of something that has not been done before is, if it can’t be visualized or there is no frame” of reference, a tougher sell. Without a track record or some indication that the idea (or something similar) has worked in the past, Hollywood tends to shy away. “I don’t think novelty in itself is enough of a reason to go out and raise funds and put something on the screen,” Nolan states. “Just because something is quirky and unusual doesn’t mean that it has a message or theme or any kind of artistic reason for being. I don’t think novelty is much of an excuse.” Since there are no guarantees, a writer in this situation will face some resistance. Agents don’t know how to pitch it to the studios and the studios don’t know how to sell it to audiences.

The script will then join hundreds of others on the shelf that are way ahead of their time. “The mood of the town changes, and because the types of movies that are becoming successful change, so the mandates are different,” explains Levy, who readily admits that of the hundreds of films currently in development a small fraction are eventually produced. “Last year everybody was buying teen movies; well teen movies aren’t doing so well anymore so they may have three of them just sitting in development. Now everybody wants to see female-driven thrillers because PANIC ROOM is doing so well.”

The vast majority of D.O.A. scripts do not make it past the first hurdle (the assistant) because they were not ready for submission. Serious story holes, poor character development, too much description or not enough details can ruin the read. It is not enough to have a good idea; the writer must be able to execute it on the page. “Most people learn how to enter the fictional world imaginatively,” says Nolan, who relies on her ability to visualize the movie as she’s reading the script. “If there’s something about the script that doesn’t play right in the mind, you need to take that seriously because I’m not just reading it as if it were an article or a piece of prose. I’m actually replicating that experience of what it would be on the screen.” Poorly written screenplays often lack a point of view or a strong visual sense, which makes reading the script as difficult as watching a movie with a projector that keeps breaking down.

Levy has spent years watching projects come and go at Marty Katz Productions and at any given time he juggles numerous projects in various stages of development. “I have projects in active development, I have another dozen projects that are in less active development and I’ve probably got a hundred projects that I’ve tried to set up at one time that are sitting on my shelf waiting for the right opportunity to be resurrected,” states Levy, who makes a point of remembering all of the projects on and off the shelf. “I’ll be sitting in a meeting with an executive and they’ll say, ‘We’re looking for such and such a project,’ and that will ring a bell in my brain and I’ll think, ‘We had that project four years ago that we couldn’t get anybody to bite on, that’s exactly the kind of thing that they’re looking for now.’ I’ll go dig it up and find out if it’s still available and see if I can interest somebody in it again.”

There are D.O.A. scripts that cannot be resuscitated; no matter how committed the writer is to the story and the characters. In that case it may mean completely rethinking the project from a whole new perspective. “Almost everything has a germ of a story in it that could work somehow, someway for somebody,” says Nolan. “Very often you’ll find that the writer has sort of misidentified which character should be the protagonist and what the hero or heroine should be going after. Sometimes you’ll read something and at the end of the read you’ll say, ‘the real story here is in the subplot or maybe it’s in the back story.’

Nolan believes that not every story can be saved, but it is possible to make something better by taking the story in an unexpected direction. “I think before a writer abandons a screenplay, [he/she] probably needs to step away from it. Rewrite means different things for different people.” By taking a character or a subplot that was considered minor or was there for comic relief and expanding on it, a better story can emerge. “Re-imagining or re-envisioning the script is something writers may need to do before they abandon the project, if that doesn’t work then it’s time to give up on it.”