Based on the award-winning novel by Lauren Beukes, Shining Girls tells a metaphysical, time-travelling story of trauma. We spoke with TV writer Silka Luisa (Halo) about adapting the novel into a limited series.

Luisa read the novel when it was originally published in 2013 and the story remained with her for years. “It stood out to me because it was a blend of genres. It had serial killer, cold case, science fiction and mystery elements to it which made it so unique.” Silka was also captivated by the distinct character of Kirby Mazrachi (Elisabeth Moss) “who was a survivor who was both vulnerable and scared, but also moving forward with her life.”

We asked her about her approach to the adaptation process. “I changed the structure of the novel which was split between the perpetrator Harper (Jamie Bell) and multiple female victims’ points of view,” said Silka. “Each chapter in the novel was told from a different woman’s point of view.” Luisa found Kirby’s character through line the most compelling, so she focused on her subjective viewpoint for the TV series. 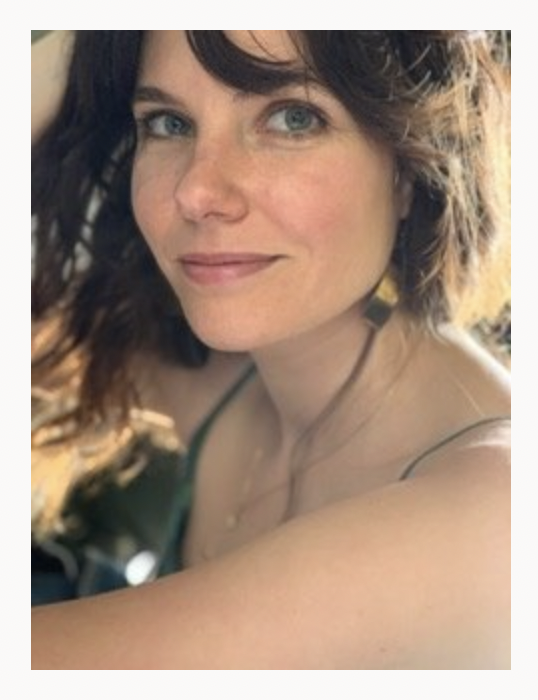 The multiple genre aspect of what might have been a dry cold case story could have easily been a genre mash up distraction if not handled with care.

Kirby’s shifting realities allows the audience to better understand her uncertain mindset. “It puts you in the mindset of a survivor. Even after all these years since violence was done to you, Kirby’s still feeling the impact of it. You feel isolated, stuck, like you can’t start over.”

Silka Luisa changed the beginning of the story compared to the book; a move that irked some pundits. She defended her decision. “I’m going to change it, but keep the intentions of the book to work for the new  format,” declared Luisa. The writer confessed she was nervous about her bold decision. “Following the mystery of one main character who doesn’t know what’s going on was going to be a stronger choice,” she added. “You can turn over a puzzle piece after another and not really know what’s going to happen until the end of the season.” Much of the mystery element would have been lost if she told the story from Harper’s perspective.

To be clear, Silka did not completely reinvent the novel. The genre mix was always there. She merely amplified it. “The intention is the same, but the mechanics are different.” Author, Lauren Beukes gave Silka her blessing for her vision of Shining Girls.

The stellar cast elevated the characters beyond what was on the page. “Harper’s character changed most from script to screen,” said Luisa. “Harper’s one of the most challenging characters to write. He had to have some sort of charm to be palatable to women and be incredibly scary at different points. This was a fine line to manage.”

In order to straddle both sides of Harper’s character, Jamie Bell “bought a boyish vulnerability and an insecurity to him.”

An Examination Of Trauma

The novel explored the effects of trauma from multiple women’s point of view across various timelines. “You really get a sense of how women have endured these cycles of violence for decades.”

Giving Kirby so many shifting realities was a risky creative choice that may have left the audience confused whether Kirby was imagining her attack and subsequent trauma “as an unreliable narrator” or it actually happened. Silka felt this uncertainty enhanced the mystery as the audience grappled with whether they could trust Kirby accounts or not. 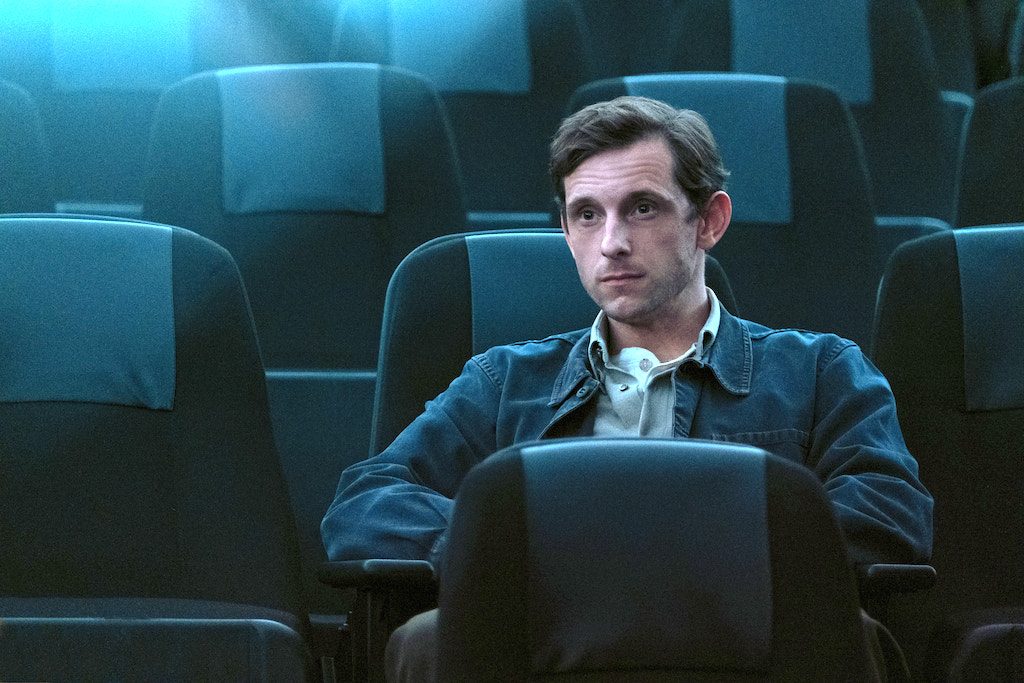 Kirby’s response to being brutally attacked is one way to handle such an horrific experience in real life. “When we first meet Kirby, she’s very much shut down. After six years, she’s completely stunted and hasn’t moved past that moment in time.” As the TV series progresses, “Kirby reclaims some of her life back and moves out of that fog.”

Trauma healing is often depicted in screen as a life-changing moment where everything changes. Sadly, this is rarely the reality as the effects of trauma can linger for years. “Conquering grief is not a clean, victorious arc. Often as you work through it, it’s two steps forward and one step back,” continued Luisa.

When Silka embarked on the adaptation process, she started with the relationships, specifically Kirby and Dan (Wagner Moura). Since Shining Girls isn’t a whodunit murder mystery, we meet Harper early on and know he’s the attacker; “what he did, how he did it, why he did it, and the aftermath of it,” said the writer. Luisa wanted to convey Kirby’s life and be with her throughout to figure out what happened.

A substantial aspect of the development process for any television series is research. “Most of my research was into the world of journalism [Kirby is a Chicago Sun Times newspaper archivist] and Chicago.” Many writers in the writers’ room contributed to the topic of trauma based on their experiences. “Sadly, trauma is such a universal experience, we were all able to meaningfully contribute to the discussion and understand how Kirby’s world was shaped.” All her work begins with extensive research rather than considering comparable films and television shows. This affords her the opportunity to enter a world you might never get a chance to experience. 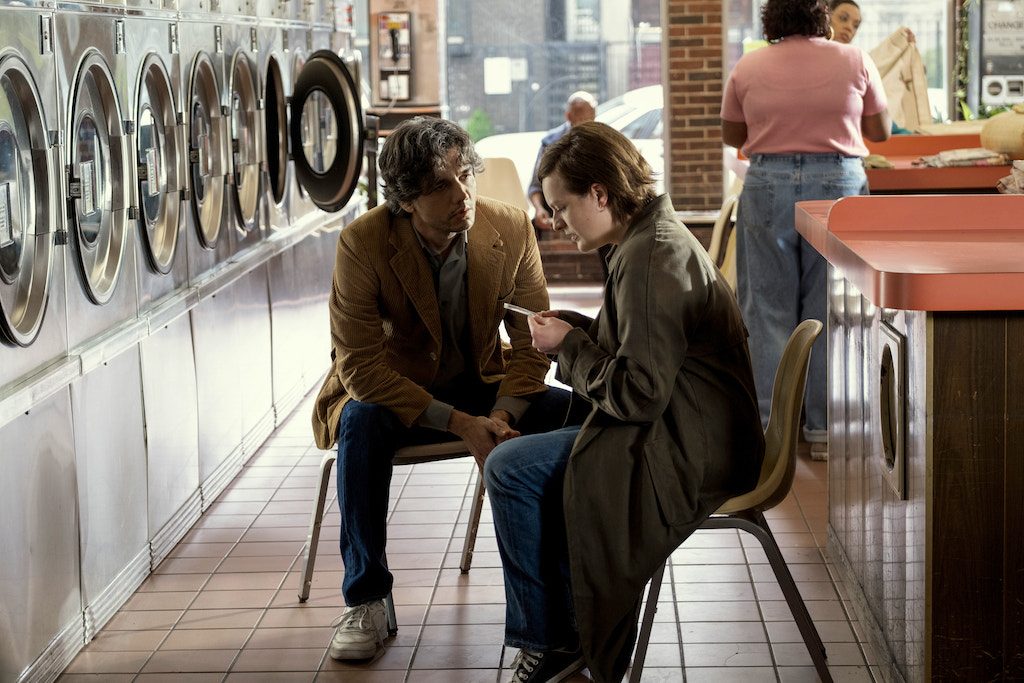 Plotting was also an integral part of the structure of Shining Girls. “We had to monitor the mystery turns per episode, but not so many that they overwhelm the character moments. We had to find that balance.”

Silka Luisa broadly writes in the genre space – thrillers, sci-fi, mystery, historical. “Scripts with a muscular genre element to them. There’s a speciality to the worlds and I write from a place from my own personal experiences. Having a more bespoke point of view enriches the worldbuilding.”

My voice is a specificity of experience and place

Silka Luisa elaborates on the well-worn adage “write what you know.” “I don’t think you should take it in a literal sense. Think about who are the characters and emotions you most connect with. Dive into those and flesh them out. You can insert yourself into any world and write authentically.” In the case of Shining Girls, Luisa looked at what aspects of trauma and grief most spoke to her.

We asked Silka Luisa what is her secret to screenwriting career success. “Volume,” she responded. “It’s about how much time and effort you put into it more so than raw talent.”

The writer doesn’t restrict herself to a specific brand in terms of the material she wants to write. She admitted she’s not overly analytical about these things. She likes what she likes. When she takes general meetings, she’s often asked what she wants to write and uses Shining Girls as a reference to define her style. “Something about the book was in my bones. You can analyze yourself to death and talk yourself into or out of things.” She worked on Shining Girls for five years so her best advice is to follow your story instincts. Ask yourself if you want to spend that much time with a project and you’ll get your answer.

Of note, Silka indicated that the video editing process allowed her to grow most as a writer. “It allowed me to see what parts of the scenes worked or didn’t work, how much (or little) exposition is required, and why certain storylines didn’t pan out.” She defines editing as the final step in analyzing and refining the writing process.

By the end of the season of Shining Girls, Luisa hopes the audience better understands Kirby’s resilience throughout her journey. “It speaks to a sense of strength that will inspire people. It’s not about heroism.“