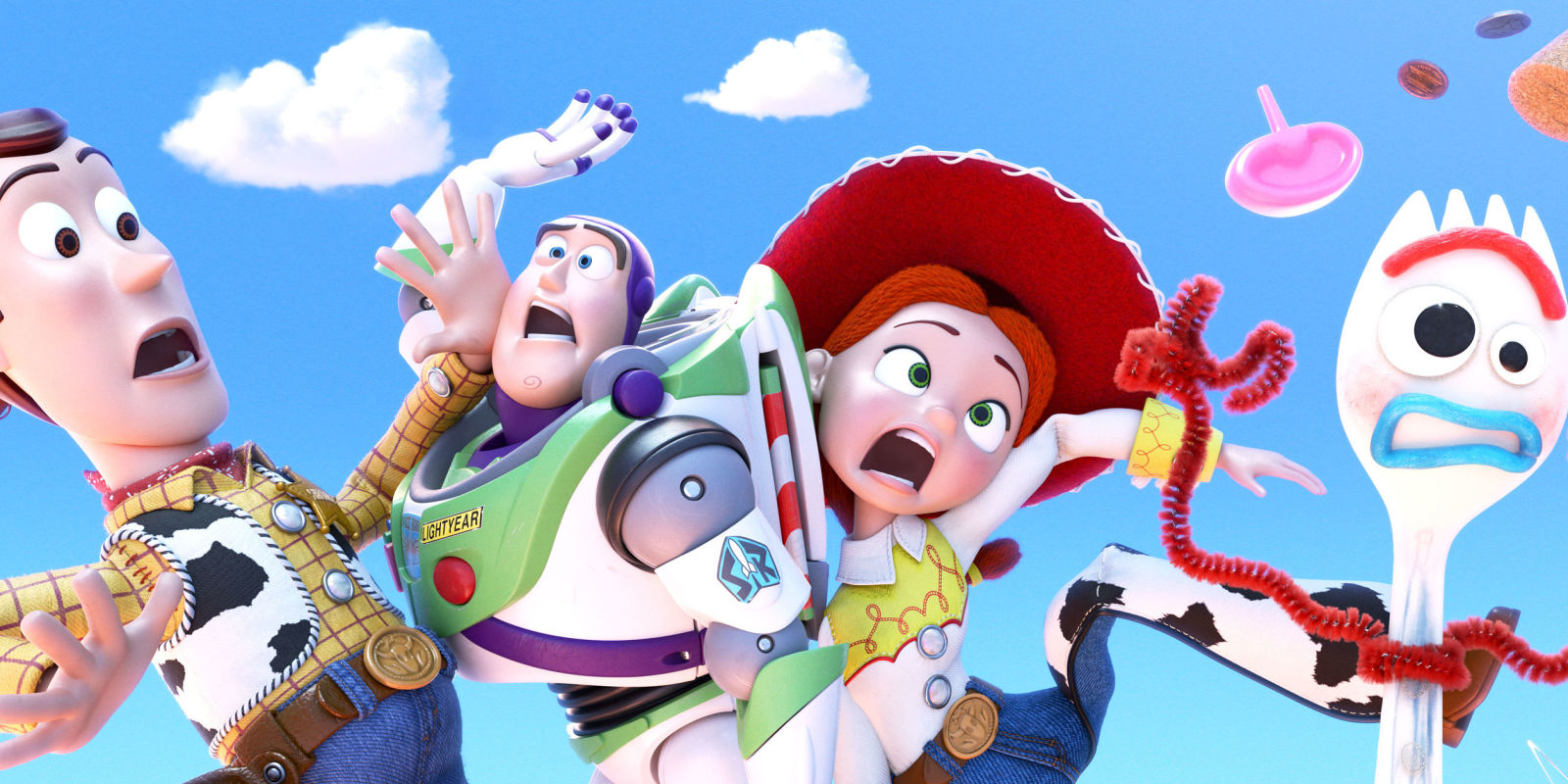 Andrew Stanton began his creative life drawing cartoon characters. Currently, he is the Vice President of Pixar Animation Studios and co-wrote the Academy Award-winning WALL*E, Finding Dory and A Bug’s Life. He was nominated for an Oscar for Best Original Screenplay for Toy Story. Stanton and his team celebrated the release of Toy Story 4 this year – a heady franchise that still delights audiences across the globe. Stanton sat down with Creative Screenwriting Magazine about his career and writing films.

Stanton was interested in animation for many years before joining the Pixar camp. “I chose animation early on in my life and I was desperate to have it choose me,” he explained. Stanton has deliberately NOT made a career of pigeon-holing stories into either animation or live-action silos. Apart from the production differences and time frames, “a good story is a good story. We [Pixar] manage to tell deeper stories by not thinking we’re telling them in a different form. All of our inspiration has come from non-animated movies on how to tell a good story.”

Andrew Stanton admits there was no formula in coming up with the idea for Toy Story. “We were the lucky people that found rich soil. We broke into this imaginary world of what if the toys were alive and what would be going on?” From this simple idea based on the relationship between children and their toys, a franchise was born. There was no grand master plan to build out Toy Story, from a screenplay Stanton was never sure would get produced, into cinema magic.

There is no linear strategy to keep the Toy Story franchise alive and vibrant. “A lot of what were the building blocks of Toy Story 2 and 3, were from ideas that were born in the early years of trying to write the first movie.” Ideas generated very early on, suddenly re-emerged in Toy Story 4 in a more fleshed out form. As long as the ideas remained faithful to the story core, they were destined to work.

“We look at Toy Story as a season 1 or season 4 and that’s why we don’t close the door on it,” he said. There was no long term strategy to create an infinite number of sequels. “We were just a bunch of guys in an animation studio driven by a complete fear that this was our only shot to make a film.”

“Everything in the original Toy Story was in the energy, thrill, and naïveté of getting to do movies for the first time without realizing how hard it would be,” recalled the filmmaker. The process was long and arduous, but the persistence certainly paid off.

“At the start, we didn’t know what the characters might be or where we might go with the story. All we knew is that were two toys thrown out of their comfort zone. We also knew we wanted a buddy format film. That was about it. Then it was about a year and a half of wandering, slowly building up the idea of an old toy and a new toy and turning them into the characters everybody knows and loves now.”

Stanton and his initial collaborators John Lasseter, Pete Docter, and Joe Ranft are a testament to the notion that there aren’t any bad story ideas – only ideas that don’t fit the current screenplay.

“The places we went to, which we initially thought were wrong directions, turned out to be fertile ground once we figured out what our first story was. We loved the idea of being able to stay in that world longer after the first movie was finished,” added Stanton. Given the lack of template for rolling out each Toy Story sequel, each movie is a culmination of both new and old story concepts rather than a brand new story each time. But new ideas don’t always come easily, even if the foundations have already been laid.

“The frustration of Toy Story 4 is that you’re going to try to make a linear pattern from the previous films where there was none. During Toy Story 2 we found lots of interesting characters and scenarios, but didn’t have a center throughline to hold it all together that was compelling enough to be in the film.”

“We finally decided on Toy Story 2 during the last year after three years of wandering in the desert with the clarity of objectivity and gave it a solid throughline on which to hang all these interesting coat hangers that had been built and put them in a certain order.”

We asked Andrew Stanton where the idea behind Forky came from. Like many great ideas, Forky took many years to fully manifest as a character.

“Forky was always around in the Toy Story timeline. Before he started as a hilarious, one-off gag that always brought down the house. So Forky always stayed alive through the ages.”

There is always something magical about a good idea that finds its time.

“Somehow we always knew there was something greater in Forky conceptually, we could somehow dramatize the birth of a toy and its connection to the love of a child. That was such a huge primal element to bring to the world of toys, slowly it almost became its own sun and all the planets of other ideas started to revolve around it.”

Stanton stated his process is typical of any screenwriter trying to get from a blank page to a first draft. At Pixar, screenwriters don’t have the luxury (or curse) of working alone. “When we have a blank page the entire crew is watching you work, so you get to see the mess of how we get from a bunch of disparate ideas that don’t seem to come together, to suddenly having a screenplay that works.”

Andrew Stanton shares the screenwriting credit with Stephany Folsom on Toy Story 4. However, it was easier to come in to make it Woody’s story. “I was the one that came up with and solidified Woody’s voice. That’s where I learned to write. It was a way of me mirroring my place in life at the time.” There is a nuance in Woody’s character that’s difficult for other screenwriters to accurately replicate. “I had always been an ingredient in that. Toy Story 4 asked me more than usual to be more involved in that to find that voice again.”

“There’s a level of sincere sarcasm that I give a voice to Woody that’s very me. It was easy to parallel Woody’s arc with the path that I was going on with myself and my fellow co-creators on being new parents,” confessed Stanton.

“We played of all the truths that I was feeling – my son was about to go to college at the time. I leaned into the same place that had always been a treasure trove for me about myself. I was an empty nester. All the rules I had in life didn’t apply anymore. I had to begrudgingly and slowly learn to recognize that the seasons had changed and adapt to them or I could be stubborn and try to force the world to stick with it.”

“It made a lot of sense to me that Woody would be dealing with that as well in Toy Story 4. For as much as a toy can live and stay ageless, life keeps moving on around them. Nature doesn’t stop. That truth felt completely right to hang everything on.”

Time is the major factor in determining whether Stanton pursues a story idea or not. “If I ignore it and it’s still there, I follow it up. You take a lot of ideas, put them on the back burner, and let them simmer. If they haven’t boiled over or soured and they still smell like something you want to eat, that’s the first test it has to pass. If you can’t stop thinking about it, or when they come back into your consciousness, they have to be just as infectious as the first time around.”

“We get a lot of ideas on a weekly basis. Imagine if that happens over a period of three to four years and you can’t do anything about them because you’ve promised to raise one kid. Out of necessity, you have to put them aside. If it’s a really good idea, it evolves over time even if you can’t make it your priority.”

Stanton quotes John Sayles as a key source of inspitation. “I find that ideas worth their merit keep producing other ideas out of thin air when you explore them. You want to find something that gives you different layers. What is is like both subtextually and on the surface? That’s a high demand to place on a story to sustain audiences for two hours.”

Andrew Stanton mines his personal experiences to generate initial story ideas. During the execution phase, he lets the story take over. “I have to surrender to who I am in the moment.”

“The zen surrendering place is either the solution or the gateway to the solution. That’s how the best of you can come out on the page.”

Screenwriting has had a profound effect on Stanton’s life. “It was something I never pursued. I always told stories as a kid. I loved being part of the theater. Stories were an essential part of my life, but I never thought I could write.”

Screenwriter Joss Whedon was a co-writer in the first Toy Story movie and was Andrew Stanton’s personal tutor to help him demystify the process of screenwriting. “It is cinematic dictation written in a way that brought you into his head. When you read his pages, you not only see it the way he sees it, but you are excited to be there. That became the holy grail for me. It wasn’t until that moment that I had the desire to express a certain point of view, not just in life, but in the way I wanted something to be performed and dramatized.”

“With screenwriting, it could be expressed and immortalized on the page. Screenwriting has justified my artistic identity.”

Not every screenwriter has the opportunity to learn the craft under the tutelage of Joss Whedon. However, Andrew Stanton is now an accomplished screenwriter who offers many words of wisdom.

“Be more patient and be more diligent in your work. Be wrong as fast as you can. This gives me license to fail publicly amongst by peers, but it’s also a directive, a demand. As long as I do it fast, I stand a better chance of finding the correct answer which is most likely many script passes away. Time is never your friend.”

That is why it’s important to write your first draft as fast as you can so you can spend more time fine-tuning it.

It’s always fascinating asking screenwriters what their favorite films are. “Lawrence Of Arabia is my favorite film,” exclaimed Stanton. “I get something new out of it every time I see it. I also love Local Hero and Matewan by John Sayles. I also give a shoutout to Gallipoli by Peter Weir. These films opened my eyes the first time I saw them and bring me right back to that place of inspiration and make me want to create whenever I see them again.”