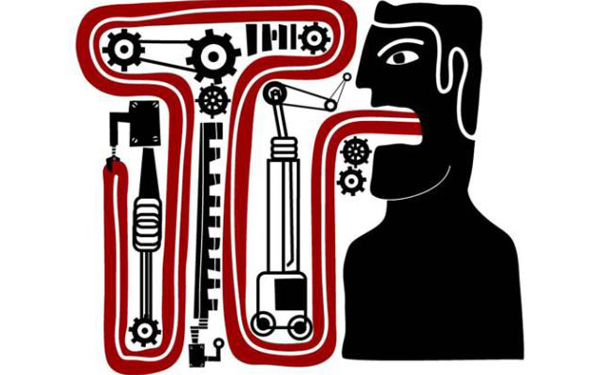 The Building Blocks of Story

Imagine that there was one foolproof way to come up with a story for your screenplay.

Well, keep dreaming. It’s all well and good to think up incredible ideas. In the end, though, a screenwriter has to turn them into something.

Workable story ideas can, though, be developed into a solid, industry-ready script—a combination of creative impulses, and the harnessing of those impulses into a structure. The following action structure sheet will give you an overview of the building blocks of story: the major actions and events, and most importantly, the “human value”—what it is that your main character discovers at the end that changes his or her life, or at least offers a recognition of the need for change.

The first thing to do is to think about how your story affects your main character (not the audience, not your agent, not yourself!). Avoid genre questions, like “What would make a good horror movie?” Rather, ask what kind of conflict you can put your main character into. Then come up with a workable story. Starting with the basics creates a stronger, clearer story.

The main thing to remember is your story idea must be active. That is, it must be about the actions your main character takes. It’s what your character does, one action after the other, that defines your story.

Ideas can come in so many different forms: a particular scene you imagine your character being a part of, an emotional impulse—a vision of a moment in your movie that causes you some excitement—or a more intellectual concept of a story idea, such as “You might think you can take on the forces of corruption, but those forces will win in the end.” (Sound familiar? It’s the core idea behind the classic Chinatown. It’s also the core idea in All the President’s Men.)

Whatever way your story idea comes to you, you now have the germ of it—the molecule that you can use to create a solid and workable story.

If you believe that you can create a story built around something other than a human being, screenwriting may not be for you. All good stories are built around a human being and his or her conflicts. This includes Finding Nemo, Bambi and Wall-E—stories that dress up their human conflict in some sort of “other” being, but are essentially about a person.

As you imagine this main character, you will need to decide on his or her character deficit.

This “deficit” might be an addiction. It might be a false goal: wealth and power are always good (see: The Wolf of Wall Street). How about popularity (Shallow Hal)? Or being in love with a person who will not love you back (Silver Linings Playbook)?

In Casablanca Rick Blaine thinks he can hide from his own ideals—but he can’t bury his own heart, no matter how far he runs. As the writer, you will bring your main character face-to-face with this deep-seated problem, which will eventually lead to an all-important change at the end of your story.

Leonardo DiCaprio as Jordan Belfort in The Wolf of Wall Street. Image by Mary Cybulski – © 2013 Paramount Pictures. All Rights Reserved.

Now we get to the character’s desire. Here’s where you get to put your character on a journey—one that is certain to cause them psychic pain.

In Midnight Cowboy, Joe Buck decides he’s going to become the most successful male escort in New York. Lousy idea? You bet! Putting Joe Buck on this journey teaches him more about himself than anything he’s ever experienced before.

Similarly, in Maria Full of Grace, our 17-year-old, pregnant heroine quits her job and must make some money fast, so she decides to become a drug mule. That’s right: a really bad idea!

In both cases, these protagonists are thrust onto a path where they cannot control the outcome—though they think they can. And here’s where you come in: You are going to teach them a lesson that will last. You will be cruel. You will be tough. But you will also be compassionate.

Put your character on this journey that will be tortuous, but will result in some kind of change or recognition in the end. Looking at it that way, Robert Towne was doing Jake Gittes a favor.

This is the thing that your character must do or the story is not over: a task he or she must complete to get out of the ordeal.

In Silver Linings Playbook Pat must go through with the dance contest with Tiffany, even though he believes that Tiffany is not the woman he loves. But what does he find out because he agrees to dance? That Tiffany is the girl for him, not his ex-wife. Simple stuff. But look at how that conflict works constantly through the story. Pat keeps going back—over and over—to his mistaken faith in his ex-wife. Yet he doesn’t actually believe his error until he’s been taken through the ordeal of the dance contest, and seen how he treats the people around him.

We’re already deeply familiar with human values in the movies we see: “Love finds a way.” “Be yourself.” “Be connected to people.” “Money isn’t everything.” “Family can save you.”

In the old days they called these “the message”—the kind of fundamental truths we struggle with in our lives. But human value shouldn’t be a sermon or an essay. Your script is a piece of drama that brings to life, through human action, a character’s struggle with this value.

OK, now we’re ready to write something. This sheet will combine all of the above items into one coherent story. Think of it as an expanded “pitch.” In fact, once you’ve completed this, it will be the material that you keep in your head when you do pitch this story to buyers, producers and friends.

The action structure allows you to put into prose all the elements that will form the base for your screen story, so you can see the whole story at once. Some of the moving parts you may be familiar with are in here: the “inciting incident,” “call to action,” “climax” and “resolution.” Distill your idea into six to ten very short paragraphs, no longer than one page (if you can help it!).

This is not a beat sheet—that’s when you list actual, specific scenes in your story. Instead, the action structure is a way to define major arcs and human value. You needn’t fill in all the details. For example, in Act II, “bad stuff happens” is an acceptable placeholder, because later on in your beat sheet you’ll detail these actions and events.

Use the template below to create your action structure sheet. The page count in parentheses represent the probable space each section will take up in your 90- to 120-page script.

The Inciting Incident & Call to Action

The combined reality of the journey, other characters and the protagonist’s bad decisions leads to more distress and more complications designed to force the character to struggle (even if the character still thinks he or she is pursuing “satisfaction.”) 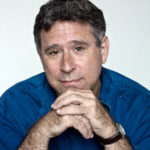 Joe Gilford has taught screenwriting at NYU since 1999, and offers story consultation at <a href="http://storyrescue.com">storyrescue.com</a>.