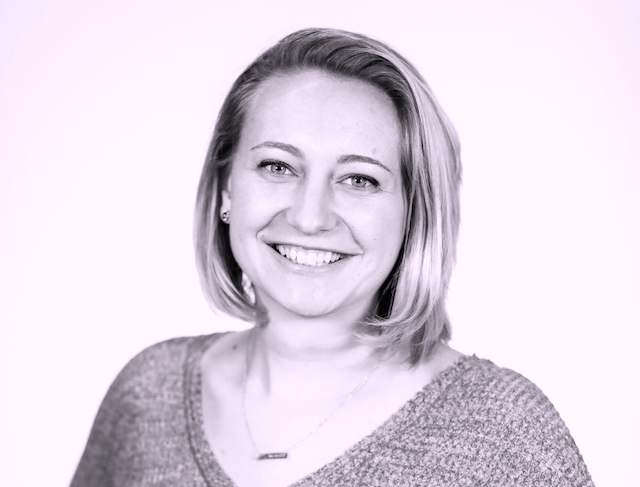 Bonnie Gross is one of ISA’s Top 25 Screenwriters to Watch in 2020. She is a comedy television and sketch comedy writer/producer, who likes to tell the stories of strong and dynamic females. She hopes to change the conversation revolving around female health care and sexuality with her most recent script Lady Parts.

Originally from Philadelphia, PA, she decided to journey to the University of Alabama for her undergrad. Roll Tide! In June 2017, she bought a one-way ticket to Los Angeles in hopes of becoming a television comedy writer. She was accepted into the UCLA Professional Program for comedy television writing and graduated in May 2018. While going to classes at night, she worked full time as a post-production supervisor at Encore Hollywood.

Just when she thought she was settled into Los Angeles life, she received an amazing opportunity to work as a comedy writer/producer for It’s a Southern Thing in Birmingham, Alabama and has been working there since October 2019.

What was the script that won you a spot on the ISA Top 25 Writers to Watch and what is it about?

The script that won me a spot on the ISA Top 25 Writers to Watch was a comedy television pilot called Lady Parts which won the grand prize for ISA’s Table Read My Screenplay Hollywood. The story follows Paige, an aspiring investigative journalist, who never thought her own struggles with female health care and sexuality would become the center of her stories.

What inspired your story and why do you think it resonated with the judges?

The story is inspired by my own journey in the world of female health care and sexuality. For years I was struggling with painful sex and it affected every aspect of my life from relationships to my career goals. It seemed that no one was talking about the “taboo” subject and even I was scared to talk about it. After three years of doctors not believing my pain, I found a specialist in New York that correctly diagnosed my vulvar vestibulitis.

I ended up going through multiple trial medications with crazy side effects as there is no one cure for all the female issues I was encountering. I ended up getting surgery and going through a year of sex therapy. After all was said and done, I wondered why no one was talking about this and why I couldn’t find anything about it online. I wrote a blog post about the surgery and ended up receiving over six hundred views and an overwhelming response from other women out there, who were experiencing similar issues. Once I was able to get myself healthy, I began writing Lady Parts to finally put something out there that no one was talking about but needed to be heard. I think it resonated with the judges because the story was unique and genuine. It was a story that had not been told before and was extremely personal and a story that I could only tell.

What are you exploring thematically in your screenplay?

The screenplay is exploring many facets of women’s sexuality. The biggest theme throughout the story is that no one knows your body better than yourself. I really wanted to focus on the struggles of women whose pain is not believed or down played, but also the struggle of finding the proper doctors and support systems. Lady Parts also features a coming of age story as Paige begins her freshman year of college, allowing the script to touch on the experience of trying to find your way in the world and navigating a new place where you may feel alone and isolated.

What aspects of your life experience found their way into the story?

The main character, Paige, takes a lot from my personal life experiences, including growing up with the unfortunate last name “Gross”. In the script Paige takes a trial medication that makes her go temporarily blind, which was based off an experience I had while living in New York City. Although Paige and I differ in lots of aspects, she is living through the same health issues I experienced throughout college and my early 20s. This includes everything from talking to my parents about my painful sex life to navigating relationships when sex becomes the biggest issue. Along with Paige, lots of important people in my life have found their way into my story, including past relationships, friends, and even my own family members.

How did you approach the writing process?

The idea started as a blog post in 2016 after I recovered from surgery. Once I was healthy enough, I moved to Los Angeles to participate in the UCLA Professional Program for Comedy Television Writing in 2018. I began writing the script as one of my original pilots for the class. It started with a simple one-page pitch, then divulged into many beat sheets and outlines, before even making it to a script. Sometimes even after writing out an entire outline, I’d realize a better way to tell the story and start back from scratch. I think for myself it is very important to have a detailed outline before pulling up Final Draft to make sure the structure and arcs are in place and working. When the class ended, I was on my second draft of the script, but continued to re-write drafts, sending them to old classmates and teachers for notes.

What feedback did you get during development and how did it contour subsequent iterations of your story?

I am lucky to have been a part of the UCLA Professional Program during the initial writing of this script. Each week I would come in with either an outline or a scene, and have the opportunity to receive feedback from my classmates and teachers. Even in the outline phases, the story went through many iterations. I knew the themes and characters I wanted to focus on, but the storyline of the pilot kept changing each week. I got a lot of feedback on the structure of my screenplay and how to write it in a way that is both engaging and comedic.

Writing a screenplay is hard work and takes a great deal of dedication and time. In order to make it, screenwriters need to be resilient and willing to continue plugging through all the rejections and drafts because there will be a lot of them. Along with this, I think the most successful screenwriters need to know how to listen and implement notes and feedback. The best writing is rewriting and it is the most important stage in making the script the best it can be.

One of the biggest misconceptions is that there are only so many paths towards a screenwriting career. There are so many writing opportunities out there that go beyond writing for a TV show. The industry and technologies are constantly changing and you never know what medium you could be writing for next.

Other than writing, how do you train and improve your writing craft?

Other than writing, I enjoy traveling. I try to go to a new country every year and am currently at a total of twenty-six countries. I think the experience allows me to get a perspective outside of my own world, where I can talk with people from all different cultures. I believe the best writing comes from experience, even if your adventures can only take place five minutes from your apartment.

Do you have any mentors, heroes or heroines?

My heroine is Greta Gerwig. It is inspiring to see her taking on dynamic female characters and stories. I absolutely love films in the mumblecore genre and I hope one day to create stories like her.

What inspires your screenwriting?

My screenwriting is inspired by my own personal experiences and relationships. For Lady Parts and my other scripts, I really want people to be able to see something they have never seen on screen before and be able to relate to it. A lot of it stems from growing up and wishing I could see someone going through the same experiences I was going through on television. I want the project to change the conversation surrounding a topic, even if it is a half-hour comedy.

What is the current status of your project?

I am currently transforming Lady Parts into a feature length screenplay and hoping that it will gain the attraction of women who are also struggling with their own sexuality.

My biggest advice would be to write what you know and take a risk. The best stories always come from a personal place. Although it may be tough to write, it is going to be the most genuine and passionate story only you can tell.

I’ve played the drums and piano since I was ten years old. I absolutely love playing and learning music!