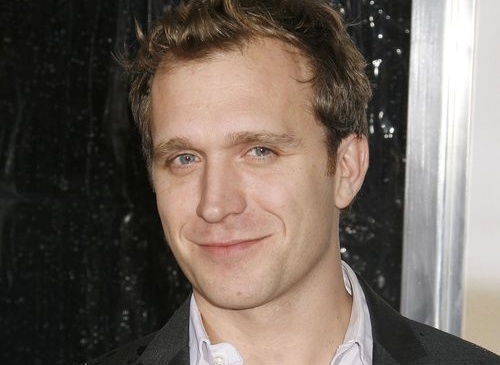 British-born writer Justin Haythe achieved success with his debut novel The Honeymoon back in 2004—the same year his first screenplay was produced: The Clearing (co-written with the director Pieter Jan Brugge). This fine start brought opportunities including the adaptation of Richard Yates novel Revolutionary Road that would earn Haythe a BAFTA nomination for Best Adapted Screenplay. Haythe’s more recent work includes Snitch, co-written with Ric Roman Waugh, and Disney’s summer tentpole movie The Lone Ranger. (Editor’s Note: For Creative Screenwriting’s article on the writing of The Lone Ranger, click here.)

According to Haythe, the most valuable quality a screenwriter can have is authenticity. To be able to create an indelible mark on each piece of writing is something he aspires to whether working on an adaptation or an original vision from his imagination. Haythe is also well aware of the particular skills someone writing films must acquire along the way in order to be successful in such an unpredictable industry. In his short career in the film industry, talented Justin Haythe has worked in a variety of genres and has positioned himself in a privileged place where Hollywood is clearly paying attention.

CARLOS AGUILAR: What advice would you give new screenwriters on breaking into Hollywood?

JUSTIN HAYTHE: It may sound contradictory, I think what’s most important is authenticity. There has been so much published about the business, so many how-to books published about screenwriting, I think it’s very easy to lose one’s voice, or originality and that’s one of the things talked about least in screenwriting, but I think it’s one of the most important things in terms of having your work recognized. I also think we are now at a stage were it’s important for you to be very practical about what you write, to know how wide an audience you are writing for, or the scope of the script.

Unlike writing books or plays, screenplays don’t really exist until they are on the screen. They are blueprints. I think you always have to have your eye in two directions, one on authenticity and your own voice, and the other on how are you going to collaborate with the filmmakers to actually bring this onto the screen, and that invites a lot of practical choices.

AGUILAR: When you are writing a screenplay, how much do you think about how your text will be translated into a visual medium?

HAYTHE: You don’t want to overburden the read because part of your job is to inspire the director, and there is a magic medium point between the two, when you are not intruding on the read with too many instructions, but at the same time painting a picture of what the movie would be like.

AGUILAR: What is more enjoyable and/or more challenging, adapting from previously existing material (Revolutionary Road, The Lone Ranger), or creating something from scratch?

HAYTHE: They are both very nurturing in their way. If you are working on a book, or something where you’ve engaged with the character or the story, you don’t have to invent it yourself, you have to inhabit it, and put on those clothes as if it were an original in order to make it work. But working on your own original idea has enormous satisfaction as well.

AGUILAR: How difficult is to make the transition from working in smaller films into big budget studio movies?

HAYTHE: The skills are the same. I think you start thinking about a larger-scale plot, larger-scale stakes as they call it in the business, but in terms of writing real people in a way that feels authentic, there isn’t much of a difference.  The film business is moving in the direction of much larger films that need to work on an international scale, so they require you to write on a kind of iconic and archetypal level, but you can’t abandon your authenticity.

AGUILAR: Which screenwriters or filmmakers do you admire, or have served as inspiration for your work?

HAYTHE: I admire many screenwriters, among them Scott Frank (Minority Report, The Lookout), Paul Attanasio (Donnie Brasco, The Sum of All Fears)… guys like that. Those are the kind of professional working writers who have proven their ability to move in an out of different genres and in and out of different mediums. They are able to collaborate on different stories, but at the same time, perhaps subtly, maintain their individual voices. Then of course, there are writer/directors that I admire enormously like Paul Thomas Anderson (The Master, There Will Be Blood), or Wes Anderson (Moonrise Kingdom, Rushmore), and there are foreign filmmakers who I also admire like Michael Haneke (Amour, Funny Games).

HAYTHE: The possibility remains open, but I’d like to maintain my life as novelist. Directing might be one hat too many, or somewhere I’ll end up wanting to go.  I’m not sure, yet.

AGUILAR: In your experience, what would you say it takes to be a successful screenwriter?

HAYTHE: It’s a deeply collaborative business, which in many ways is very different from being a novelist, which is a very solitary existence, a solitary craft. When I’m writing a book I’m completely alone, and I have final say over every piece of punctuation, but when you are writing a screenplay you are collaborating with a director, a producer and, ultimately, the actors. Plus there are a lot of practical concerns—things you write might change in a day due to something unforeseen. So it’s important for a screenwriter to acquire that kind of flexibility, while still retaining the integrity of what you’ve written. I think part of the unique skill set is to be able to participate in that collaboration while protecting what it is most integral to the piece. That’s an additional skill set to the writing Hollywood screenplays.

For Creative Screenwriting’s interview with Justin Haythe on the writing of The Lone Ranger, click here.)