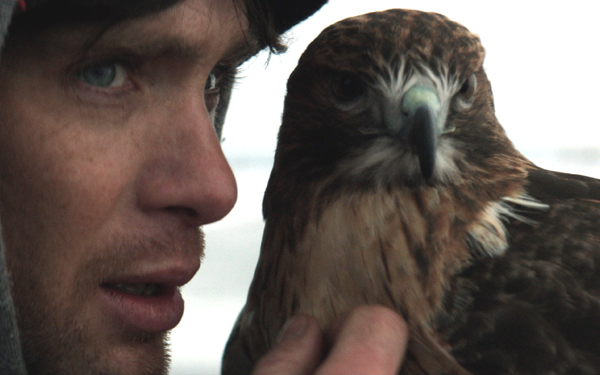 “Build the whole story as a braid.” Claudia Llosa on Aloft

Aloft – the Jennifer Connelly starrer written and directed by Peruvian filmmaker Claudia Llosa – isn’t very plotty, and the little dialogue it does dispense is shrouded in ambiguity. But something sinister is clearly afoot, and the wide-open spaces in the narrative only make us lean in closer. And when reveals occur and showdowns ensue, jump back.

Set in remote Canada, Aloft toggles between two timelines, alternately portraying the central characters, both today and twenty years ago, in a virtual jigsaw puzzle across time. As with her former film, The Milk of Sorrow, Llosa borrows heavily from Andean Indian mysticism, which maintains that the past and the present don’t exist in a linear relationship, but rather like two points on a Möbius strip.

The plot centers on Connelly’s character Nana, a mother of two, whose youngest son Gully is terminally ill. When she brings him to a spiritual healer, her accidental touch of another sick child triggers her own journey into guru-dom, where she’s sought out by the desperate and incurable, far and wide, including Jannia (Mélanie Laurent). Would Jannia have made the trip if she knew Nana was incapable of keeping her own house clean? How about if she knew Nana abandoned her house altogether—including her healthy son Ivan, after Gully’s tragic event in a frozen lake?

Llosa spoke to Creative Screenwriting about healers, faith, abandonment and other themes.

Aloft cuts back and forth between present day and twenty years ago. Did you write each segment as a holistic, unbroken piece, and then hash it up when you polished the overall narrative?

I’m not a very technical scriptwriter and I try to be more schematic, but I usually go page by page, and I wanted to explore the idea of time, but in a new perspective. We cannot divide time as if we’re cutting it between past and present, because there’s a constant dialogue between them both. You have to follow the same characters in both timelines and then build the whole story as a braid, where one storyline pushes the other one, creating a flow that cannot be separated.

What was the first idea for this film?

This script came to me organically, after filming The Milk of Sorrow. I had entered this amazing world of Andean Indian imagery, and I wanted to explore the same questions: Are we able to heal ourselves? Are we able to find a way of forgiving? What is our way of recovery and repairing ourselves—socially, emotionally, individually, as a family member and as a family? I wanted to explore what internal mechanisms are left, when the institution of rational thinking doesn’t provide the answers. What primitive side of our unconscious is locked in these moments? That was the analytical consideration. In terms of an inspirational image, I remember when I was very young, going up into the mountains in Peru, to see snow for the first time. We had an accident on that trip, where I fell into the water, and my sister helped me. Nothing really tragic happened, but I remember this feeling of two very young souls exposed to trauma in a very early moment of their lives, and the need to help each other. That was the first image that I recall using.

Claudia Llosa with Jennifer Connelly on set of Aloft

The moment Aloft began, I was instantly reminded of The Sweet Hereafter, and there was even a similar tragedy with a vehicle falling through the ice. I noticed parallels in these two stark and beautiful films.

There was a kind of mystery to The Sweet Hereafter that I wanted to explore in a different way. In that film, you feel that you’re watching a simple life, but that something unusual is growing in the atmosphere.

In one scene of devastating confrontation, Nana interrogates her son Ivan, about what he did to Gully. How did you prepare to shoot that scene? Were there rehearsals?

I don’t like to rehearse very much. For me, rehearsal is a time to get to know the person I’m working with, and create our own dictionary, to create a special dialogue between the people who are going to make this happen. There’s a leap of faith that I like to preserve until the last moment. And when you’re working with kids, people say casting is everything, and for me, it’s not about the acting. I don’t care about the way they say a line. What I care about is the emotional base they have, in order to support and access the emotion and give it away. The actors have to believe it and kind of grasp it in the first moment, and my job is to create a special atmosphere and talk with them in order to just make them go with it.

Of course, when you’re working with incredible actors like Jennifer, you can do this so much quicker, because she can help you push it forward within the moment. And we filmed this scene at the end of the schedule, for the sake of the boy, so he would know I wouldn’t be asking him for anything after that, so he could even enjoy it. And Zen [McGrath] was such a remarkable young boy. He was so intelligent and brilliant, that he could separate himself from it.

How many takes or camera angles were there for this scene?

I usually do one take. In this film, I have the most incredible cinematographer– Nicolas Bolduc, who understands what I need, so we do one shot with different angles, keeping the camera rolling while changing the angle slightly. We know in advance how we’re going to be blocking it, so there are never any cuts in the scene, and we can make it as real as possible.

You have a French character, played by Mélanie Laurent, who’s actually French, and you had a British actor, Cillian Murphy, playing a Canadian. What were the casting considerations for these two choices?

Well Mélanie’s character was a French Canadian journalist in the script, and I probably wanted that because I am a foreigner myself, living in Barcelona, being Peruvian. I liked the idea of her coming from abroad, because someone risks even more, going out of their country, where they speak a different language. That shows the willingness of someone to find their way, and as a healer, all that Nana wants is the connection with that willingness. She has taken her obsessive act very far away that obliges her followers and the people who really need healing to go through their own personal journey before they get there, so it’s almost as though she’s pushing them to look inside themselves.

Can you defend Nana’s actions in abandoning her son? She said the pain was too much to bear, so she had to leave her old life behind. Also: can someone become a healer, when they have so much personal baggage?

For me, what is interesting is how we’re able to look into our lives without that eye of judgment. The decisions made by all of the characters are morally ambiguous, and for me, what shows the humanity of Nana is that even though she’s made a decision that I wouldn’t take, you never doubt that she loved this kid profoundly. I’m interested in the complexity of human relationships.

But could Nana be a healer, when she herself had so much dissention in her own life?

Well the film never proved that she’s a healer. What’s important is that she gives all these people access to a specific journey that may or may not allow them to heal themselves. The intention for me is not to give a solution, because it would have changed the whole story, because in the end, I don’t think even Nana actually knows. But she accepts the mystery—the mystery of life and eternity. And that’s what is important. If she’s a healer or not–in the end, it doesn’t really matter.