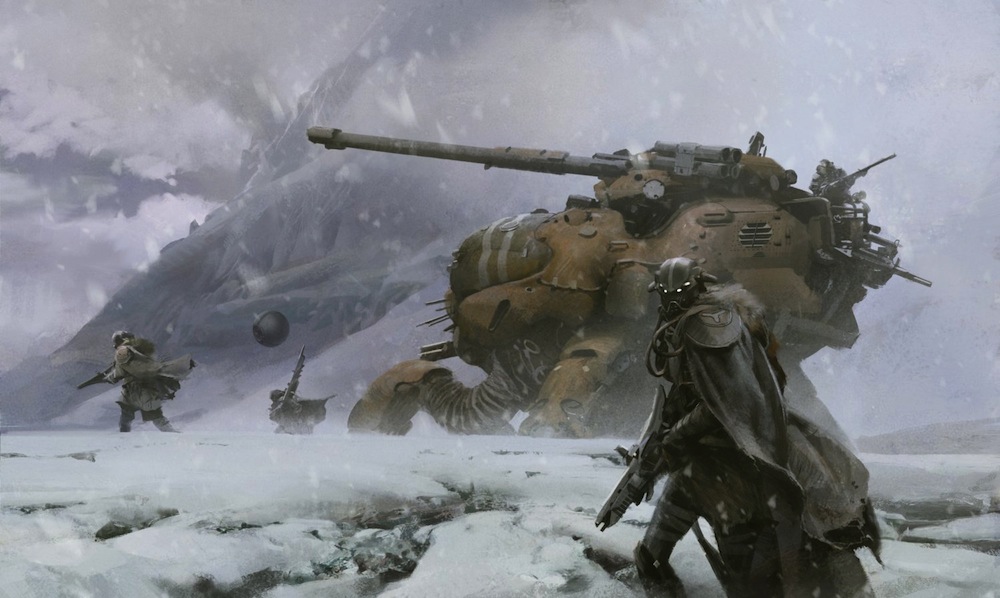 One of the great thrills of attending the Electronic Entertainment Expo (E3) comes not from the huge screens showcasing games or even the multi-tiered booths spanning hundreds of feet. It comes from being able to grab hold of those who literally play “God” by creating their own worlds for gamers to inhabit. Such is the case with Bungie, a gaming studio turned household name by their Halo franchise that has sold more than 50 million of the games worldwide, grossing more than $3.4 billion dollars.

Bungie’s mantle as a “first-personshooter company” comes from the fact that all of the Halo titles they developed (with the exception of Halo Wars in 2009) involve a “first-person” view. The world in which the gamer participates is called a “sandbox” since there are no restrictions where the gamer can go inside the game; contrast that, for example, with a side-scrolling game that requires specific lateral movements of the player in order to get from a predetermined point A to point B. “Sandbox” titles are not locked into fighting or warfare alone (think: Call of Duty or Assassin’s Creed), but can also be found in energetic sporting activities such as Electronic Arts’ Tony Hawk’s Pro Skater. The important thing is that the gamer is free to explore and participate in the environment in which he has placed himself.

All of the Halo titles were developed by Bungie and released by Microsoft for the Xbox gaming console up to Halo 4, at which point future game development was taken over by a Microsoft internal game studio. That’s not to say that Bungie is closing up shop—far from it. They are now working hard on an all-new “sandbox” title.

Bungie’s new game Destiny, to be released on the PlayStation 4 and Xbox One platforms in 2014, breaks through the old rules of “Sandbox Shooter” games and brings social interaction into the mix. This means instead of just blasting away at foes, there’s an opportunity to build relationships much in the same way that Facebook and other social media sites do. Only instead of tapping text on a keyboard, you’re counting on the other person to get your back when going after some baddie, or listen to your tale of woe over a cold one for having the aim of a leaky garden hose. You know that you’ll be able to return to a virtual “world” where continuing a conversation with someone you’ve never met in the “real” world is a simple matter.

To gain a better understanding of this revolutionary game, I interviewed Bungie writer and cinematic director, Joseph Staten.

MARSHAL ROSENTHAL: What exactly is Destiny all about?

JOSEPH STATEN: Bungie’s new sandbox shooter is set in a whole new world hundreds of years from now. You’re a hero of the last safe city on Earth, fighting to take back other worlds from the enemy. It’s a great action game.

ROSENTHAL: There’s a lot of games out there like that, so what’s different here?

STATEN: This is a very social game. In the typical shooter, the player goes around by himself in a very linear way. In Destiny, different groups of players will collide in a social way. So you might spend a little bit of time with a group of other players working together, or fighting a certain enemy, or working on achieving an objective and then break apart again. So imagine a big world, where you’re having a great action game experience, and as you’re adventuring out in this big world, you run into other players that you can hook up with and have fun with. So it’s a shooter with a very social experience—which is very different from other shooters that you will find.

ROSENTHAL: But aren’t most shooter games driven by the A.I. characters?

STATEN: That’s a great way to put it, and there definitely are some A.I. Sandbox enemies that you will be fighting. But really the fun of the game is driven by the social collisions between other players; some of the other players you’ll encounter could be friends that you’ll know while some of them might be total strangers that have been matched with you for a variety of reasons, maybe you like doing the same things in a game, or you’ve seen them before in a different part of the world. There are definitely games out there that work like this, but typically they’re more MMO (massively multiplayer online) types of games that are not sandbox games. In Destiny, we’re combining all the great elements of a sandbox shooter with an open world game design.

ROSENTHAL: What about a gamer who isn’t very good and keeps getting slapped by the more experienced players—isn’t that going to be a turn-off?

STATEN: Yeah that sucks—you don’t want to play that game ever again, and we know that’s a huge problem. One of the ways we’re solving this is by giving the player “choices.” It’s always up to you if you want to play by yourself or with a group of people, or if you want to play with people of your same skill level or challenge yourself a little by playing with people who are at a higher skill level than you. So everything that you do in Destiny is a choice that you make. You want to be more social, less social… that’s all up to you. We don’t want to force interactions on anyone—if you’re the kind of player who likes to be by himself, you’ll have a great time in Destiny. If you crave social interaction, there’s plenty of that for you as well.

Getting ready for the kill in Bungie’s Destiny

ROSENTHAL: How “open” is Destiny? Is there an end-game or do you just go on forever?

STATEN: Bungie has always made big cinematic story-driven games. And definitely a big part of Destiny is that cinematic linear experience. There’s a story with a beginning, middle and end, and you’re going to plow all the way through and hopefully enjoy it. But there are also other activities that will tempt you to come back to the world and spend more time in it. Unlike other shooters that last for eight hours and then you’re done, Destiny is a “living “world that is always there waiting for you, with new activities that will tempt you to come back and keep on playing. Some of these will be more story-driven (i.e., beginning, middle and end) while some will be more cyclical to give you the opportunity to play the things you like again and again. So it’s really a game with a lot of different activities and a lot of different opportunities to participate in.

ROSENTHAL: What about the gameplay and weapons—big guns, right?

STATEN: Destiny is a first-person shooter so the way you win is by putting your bullets on a pixel. But we wanted to make sure that it’s a game that appeals to a lot of different gamers; Bungie has always been a studio that believes in appealing to a big audience. We want to make Destiny a “hopeful” world, not a dreary, dark place. You’re one of the good guys, helping to take back worlds from the enemies—we want to make the game an inspiring, beautiful and cheerful place to spend time in. So that’s really our hope for this world: that it is a place where a lot of people feel comfortable.

Destiny is to be released by Activision in June, 2014.

Marshal M. Rosenthal is a technology, gadget and lifestyle writer and reporter who has covered the video game industry since the early days of Nintendo. He is based on the West Coast and can be reached at <a href="mailto:marshalr@pipeline.com">marshalr@pipeline.com</a>