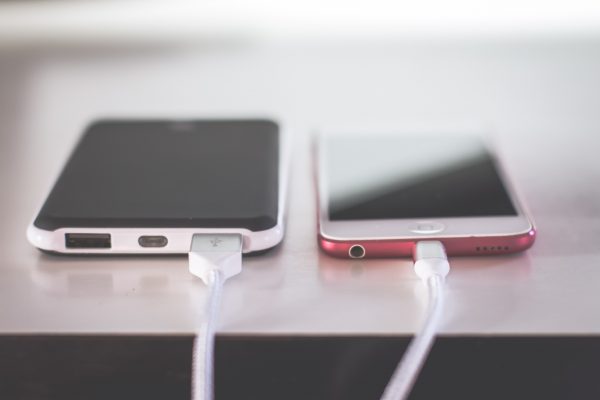 Can You Please Submit My Screenplay To The Producers In Your Network?

Can you please submit my script to the producers in your network?” I get that question a lot. I used to reply a bit snarkily, I must admit. “Can you please get me entered into the Olympic 400 meter relay or get me Superbowl tickets?” Yeah, it’s kinda like that with some screenwriters.

So… I developed a viable plan for these people, a plan that would allow them to submit their work to the producers they are looking to reach. Let me share that plan with you, if I may.

Of course, you have to make sure your screenplay is the best it can be before submitting it to producers. There are a number of ways to do so, but let me suggest a process that might work for you.

I’m assuming you’ve not only written your script, but you’ve written and rewritten it ad nauseam, polishing it to the best quality you can achieve. If you’re not sure, give it another polish. Producers are harsh and looking for a reason to toss your screenplay into the PASS PILE.

Once you’ve done your best to make your script the best it can be, I would like you to consider screenwriting competitions. Why? Why not just submit your screenplay to the industry, since you’ve made it so good with all that writing and rewriting? Because chances are that your best is still not good enough. Yet. To find out whether your best IS good enough, you should submit your script to five good screenwriting competitions; competitions that also offer feedback. Better yet, get professional-grade feedback before you submit to a contest.

“But that costs money!”

I’m taking a few deep breaths here before responding. Okay, I think my blood pressure is low enough now. Yes, it costs money. And? What’s your point? How much would it cost you to take four years of college creative writing courses? Right. A lot more than it will cost you to submit your scripts to these competitions. How much money did you spend last month eating at restaurants? Buying junk food? On your cable TV bill? On new clothing? Right. Well, your willingness to spend money on your writing is an indication of how much you care about “making it” as a screenwriter. Only you can decide just how much you do care about that. Think of it as an investment in your screenwriting career.

Look… submit a sub-par script to the industry and they’ll remember it AND you. Forever. And not in a good way. I used to be a development exec and I know that they track every submission made to them. Submit a weak script and you will thereafter be known as a weak screenwriter and chances are that they will not accept any further submissions from you.

Got it? Good. Because your career as a screenwriter may depend on your getting it.

You start your next screenplay while you wait.

Now, let’s skip ahead to the next obvious question: “How do I know when to submit a script to the industry, instead of to all these lame contests?” When your script consistently makes at LEAST the semi-finals of these lame screenwriting contests. Preferably the finals. Also, no matter how your script does in those competitions, especially if it does poorly, take a look at the feedback you get. Your script’s placement and the feedback you get will tell you where you are in your career. In other words, these two things will tell you how far you are from being able to safely submit your script to the industry. How much work you put into applying that feedback and learning from it, will tell you, again, just how much you care about your writing career. Some feedback is a matter of the reader’s taste. Take it or leave it. Take notice of the notes that point out concerns with clarity, logic, structure, character interactions and overall theme. Do you have something significant to say? Why are you the best person to say it?

Okay. So finally, maybe immediately and maybe after a few more years of work, you have a script that is consistently ringing the bell, placing in and winning these big competitions. Now what? Now you go online to find production companies that produce YOUR kind of films. Films that are like your screenplay in terms of genre and/or feel. Some websites will include the producers’ email addresses and phone numbers, as well as the kinds of films they produce.

Now you have a (hopefully) worthwhile screenplay, and you have the contact info of the people best suited to judge your script’s commercial viability, and best situated to purchase and produce it. Now what?

You need a logline and a pitch letter. Oh — and a synopsis.

What’s a logline? A one- or two-sentence description of your script, a description so exciting that it makes producers wet themselves in anticipation of reading your masterpiece. You can Google “how to write a great logline.”

A pitch letter is basically this (although I suggest you also Google “screenplay pitch letter” for good examples): “Dear –: Based on your previous film productions, I would like to pitch my screenplay “Brilliant Screenplay” to you. What is the best way of doing so? Thank you for your time and attention.”

If the producer requests your logline, synopsis and/or screenplay, send it to them with a very nice “thank you” note.

Now here’s the important part: if, as is usually the case, the producer rejects your script, write them back and thank them GENUINELY for taking time out of their busy day to read your material. You may be submitting to these people again. Don’t argue with them. Don’t be defensive. Or arrogant. Don’t demean them. Don’t be an a##hole. Accept that they have the right (and the experience) to like or not like your script, and that chances are they’re right. When I was a development exec, I covered more than 5,000 scripts. I knew story. I knew what worked and what didn’t. So do most development people. They’re reading your script for free and they don’t even KNOW you. They’re spending two to three HOURS of their day to read your work for FREE in the hopes they will find a gem. Keep that in mind.

Oh, and one more thing — while waiting for the producer(s) to get back to you, start your next screenplay, and make it even better than the one the producer’s considering. If they pass on your screenplay but like your writing voice they may ask you if you have anything else. Your answer had better not be “nothing.”

Yes, this is perhaps a bit simplistic and barebones, but if you use this process (or hopefully an even better one that you find or create) you will shortcut the process of getting your script produced. But be aware: no matter what, the odds of getting your script produced are low. Very, very low. And even if you get a script produced, the chances of making significant money or fame from it: nearly as low as getting it sold. My last produced film made me $3,000. That same year I made nearly a quarter of a million dollars from doing writing assignments. That’s about par for the course, I’m afraid. It’s damnably hard to get spec scripts produced, and damnably hard to make money from them. That’s the reality of the film industry. Don’t let it discourage you, but also don’t ignore that reality. You may end up sacrificing a lot in your attempt to “make it” in the film industry. Knowing the odds of success will help you make the right decision about whether to pursue or abandon your quest. My sincere best wishes to you all in that endeavor. 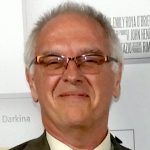 Robert Tobin is a produced, award-winning screenwriter, published novelist, former motion picture development executive, and author of screenwriting books ("The Screenwriting Formula") and DVDs. Rob just wrote the first season of an English-language, animated series for an Indian studio, the script for a $30 million, English-language, animated feature for a Chinese studio, two book adaptations, and his live-action feature script "Get Married or Die" was produced last year and is viewable on Amazon Prime. He has two features currently in development, one in Canada and the other in Italy.