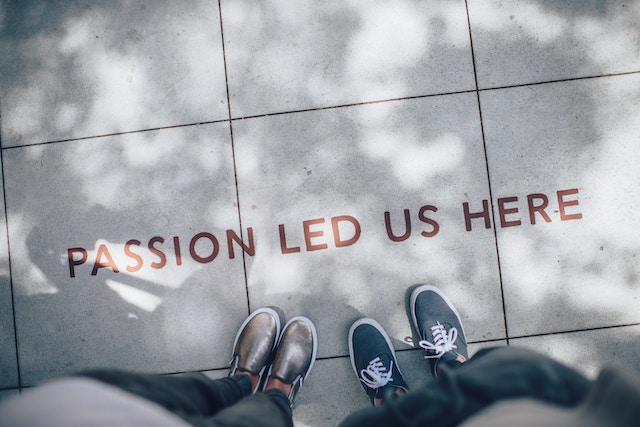 Literary Managers Ryan Cunningham and Kendrick Tan from Madhouse Entertainment spoke to Creative Screenwriting Magazine about how screenwriters can find representation. Firstly, you must rise above the pack and stand out.

“It all starts with developing great material that has global appeal. Screenwriters need to come up with big ideas to prove themselves as relevant content creators,” stated Kendrick. Ryan chimed in with more practical advice for screenwriters, “be prolific in your writing and hone your craft.“

As managers, they nurture screenwriters’ careers by giving copious amounts of notes to writers, they help them develop material, and most importantly, help them market their material. In order to achieve this aim, they mine the writers’ life experiences to help them develop their writing voice.

In order to monitor their writing clients’ progress, Ryan and Kendrick hold regular meetings with them to track a particular project. Frequency depends on need. These meetings could be as frequent as once a week or once a month. They culminate to something managers can read over the weekend and address issues on the following Monday.

In terms of screenwriters networking, they should really be spending most of their time developing their ideas and writing. If networking opportunities arise, they should obviously take them, but never at the expense of writing. Ryan adds that additional career building activities such as screenwriting classes and attending writers’ groups can be incorporated into a screenwriter’s week, but these should be viewed as supplemental rather than essential activities.

After all, Madhouse Entertainment is in the business of developing viable story ideas and screenwriters can get distracted by too many side tasks.

Ryan also asserts that screenwriters shouldn’t live in a bubble. Apart from watching films and attending entertainment industry events, writers might want to consider unrelated storytelling activities such as improv or standup/ sketch comedy classes to develop their voice.

Whatever you decide to do to improve your skill set, “find your unique perspective of the world,” adds Ryan. This is what ultimately sets you apart from other screenwriters. “This is your brand.“

Gaining representation is every screenwriter’s goal. However, screenwriters must understand that they must be ready for it. There is a real danger in seeking representation too early. Signing with and agent or manager isn’t purely a matter of feeling validated. It really needs to be a good fit, so that your representatives are as passionate about your work as you. One vital thing that is often overlooked in favor of a more prestigious agent or manager, is that writers must share similar tastes with their representaion, and understand how they shape their career. They are more knowledgeable about the industry than you.

Some newer screenwriters become overly excited when their first screenplay generates industry heat. They attend as many general meetings within the industry in pursuit of a script sale or writing assignment. This is great, but if you’re not really industry ready, with multiple screenplays in hand, and knowing what the industry wants, the buzz will quickly dissipate without a project moving forward. Within six months, you can end up with you started. Your goal is to become a professional working screenwriter.

Ryan and Kendrick advise emerging screenwriters to be patient and strategic with their careers. Taking a bunch of general meetings too early in your career can actually be harmful to your longevity. Hollywood’s a small town, and it will remember you if you are unprepared or don’t understand how the industry works.

The management duo were asked what attracts them to potential screenwriting clients. Kendrick emphatically declares it’s “an intial emotional response.” The technical aspects of a screenplay can be improved. But this cannot happen without that first visceral reaction. They also look for a voice, choice of subject matter, or an expression of a theme they haven’t heard before. This generates curiosity to see what else the screenwriter has written. There might even be an aspect of their career that lends itself to unique stories. “It all comes down to a gut reaction,” added Kendrick. Then there are your people skills. Is the industry asking about your availability? Do they want to read your next screenplay?

Naturally, every manager responds to different types of writing. Not only in terms of personal taste. But also in terms of how it will be presented to the industry.

Some managers go wide with one specific screenplay, or narrow with another. Personal tastes aside, some managers may be looking to develop a slate of material with a screenwriter, while another may want a quick sale. There isn’t a single factor which defines what a particular manager wants, nor are these factors constant.

When describing their relationships with their writer clients, Ryan and Kendrick insist on open-minded, two-way communication. They prefer their clients to discuss their projects with them before starting to write. If a client repeatedly writes spec scripts on their own without input from their management, the relationship starts to fray.

Ryan and Tan always advise a writer to seek approval (or advice at the vey least) before they start a new screenplay. A similar idea may have been set up elsewhere, or it’s not marketable, so screenwriters are well-advised to discuss their concepts. Failure to do so causes time to be wasted. Managers are not being mean for fun.

It’s also important that both sides of the relationship be heard. A screenwriter shouldn’t blindly agree with everything their management says. Nor should they argue at every suggestion. Screenwriters should trust their managers creatively because they have their best interests at heart. Everyone should be working in concert to create a functional working relationship.

A healthy client manager relationship also relies on aligned goals. This is more than simply giving feedback on a particular screenplay. This ensures that they can best sell their clients into the industry. Primarily, Kendrick and Ryan focus on the quality of the writing, a client’s interests (such as TV procedurals or indie films,) but also their unique life experiences and character traits.

Never underestimate that you need to be someone people want to work with. These nuances give writers an edge. So when your managers comment on your annoying quirks, listen to them.

When asked about their current film and television tastes, Kendrick and Ryan agree that you can’t escape the current political climate. It has permeated storytelling at every level.

This creates the space for dark, subversive material that resonates with the public. The rapid proliferation of streaming services such as Apple, Netflix and Hulu have given the space for every type of story to flourish, and be told by a wide range of storytellers.

Nuanced stories for niche audiences which were previously difficult to sell, now have a distribution outlet.

Breaking in writers should focus on a spec script that’s makeable. It should have strong content which attracts strong actors. A hundred million dollar spec may bot be the best course of action for newer writers. Whatever the budget, Ryan adds “writers should focus on something that is uniquely you, that only you can write.” Once management comes on boad they will help you realize your screenplay.

When asked how a screenwriter can sustain a writing career, the advice is simple: “write prolifically, be collaborative, hone your craft. There are so many factors outside your control, except writing prolifically,” asserts Ryan. Kendrick adds that a good screenwriter can write themselves out of any hole.

They can tell if a script is going to be good on the first page, They do read the first act however. Apart from typos, formatting etc. they can spot an amateur via over-writing or too much character description. Trust your audience to understand your story. Drip feed vital information as you go. Ryan said, “we need to know what the big idea is in the first act.“

Many trends are reactions to the current marketplace. These are often short lived. Biopics work well. Currently, there are too many horror scripts with social commentary/ sensory aspects. Avoid these for the time being.

Don’t be reductive or write your version of a successful film. Write a brilliant version of your film.

In conclusion, Ryan and Kendrick are upbeat about the industry. There are so many exciting voices and avenues to express them.

If things don’t go your way, you are a storyteller and nobody can take that away from you.

Remember: it’s a marathon not a sprint.