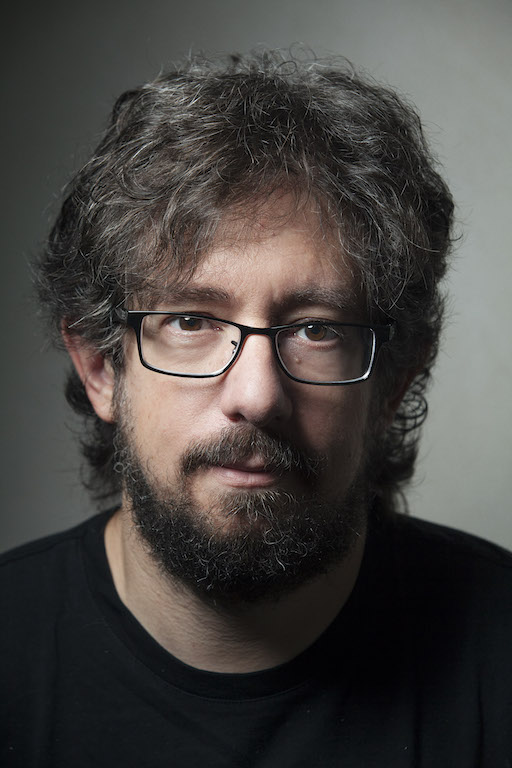 Creative Screenwriting Magazine got a chance to speak with Eric Kaplan, powerhouse TV writer and executive producer. He shares his insights into writing TV comedy and his philosophy on life. You need to be an ardent observer of real life and find the comedy in that.

Having started his career on The Late Show with David Letterman and subsequently written/produced episodes for shows like Malcolm in the Middle and Futurama, Big Bang Theory writer Eric Kaplan knows how to make people laugh.

“It’s not about having a particular sense of humor or predisposed notion of what’s funny and what’s not. It’s about taking cues from everyday life and from personal relationships and experiences. It’s about being one of a dozen funny people in the writers’ room and testing jokes out on the audience to see what flies and what misses the mark.”

Eric Kaplan (Dr. Kaplan now, as he recently completed his PhD in Philosophy at University of California – Berkeley) riffs about generating funny content, sticking to schedules and his overall experiences writing for a long-running comedy series. “When it comes to coming up with ideas, you pretty much just have to look at the world around you.”

Where do you get your ideas?

“Being a writer is a little bit like being a painter,” he says. “Something I was thinking about the other day was the issue of trusting people and how that’s a huge issue. How does one person trust another person? In that mindset, whatever I would write about would be about that. So if I wrote a love story or some kind of story about a friendship or even a business drama or a historical drama or a crime movie…the issue of how people come to trust each other would really be front and center”.

“So it’s more about how I would approach a topic. You just open your eyes and there are topics everywhere. Rather than ‘replenish my content’, I’ll replenish my center for depicting or analyzing something. People don’t need to go to a screenwriter to answer the question ‘what does it feel like to have a fight with your girlfriend?’ Everybody knows what that’s like. They might want to go to a writer for a preferred way of analyzing that, or depicting it, or explaining the sense of it, or imagining it.” And that goes for everyone in the writers’ room.

The ideas for BBT’s episodes are all generated in-house, week after week.

“100%,” Kaplan says. “But that means people in-house responding to things that happen in the world. In-house doesn’t mean that your brain is in a vat somewhere generating ideas. To be a TV writer means to be part of a bunch of different worlds – society, groups, and relationships. Taking the job seriously is reflecting on those things that you’re interacting with. But our ideas don’t come from the studio or the network or people sending them in over the US Postal Service.”

What would a typical day in the BBT writers’ room look like?

“Usually there are at least two things that we’re doing simultaneously,” Kaplan describes. “We’re planning out a future episode and we’re rewriting that week’s episode. We’re juggling those two projects. So for the future episode, we’re saying ‘what’s going to happen in episode 11?’ and someone will say ‘I don’t know, maybe Sheldon gets a dog’…then that leads to ‘well, how would that work?’ or ‘what kind of dog?’ It’s a general discussion of what the future episode is going to be like. And possibly, if we’ve already decided that Sheldon gets a dog, there’s some consideration of how that works, what the other characters have to do, what’s the point of it, what’s funny about it…and so forth and so on.”

“There’s also the task of producing that week’s script, which includes rewriting it. There’s a table read on Wednesday and then the show goes up a couple of times in rehearsals. And on Tuesday it is performed in front of a live studio audience. Every step along the way, if things do not work we’ll change them and try to make them work.

“So we’re doing those two things at once and juggling those two balls. But there isn’t just one person on the set, there are about 12 of us. You’re creating 24 episodes in about 10 months’ time, so you need to be cognizant of quality, but also of time.”

“With that many creative minds at work, there are obviously bound to be differences of opinion. But there’s a system in place to deal with that.”

“There are two principles,” Kaplan explains. “There’s the head writer and there’s the showrunner – and they get to decide ties. But also, we ask the question: ‘do people genuinely laugh when you say something? Does the audience actually laugh or not?’ So there are arguments from authorities and from feedback that both function.”

“And occasionally, someone could make another kind of argument where they’ll say ‘look, they did this exact story on Modern Family last year’ and you’ll realize that’s the case. But that’s relatively uncommon – it’s more a matter of ‘trust me, I’ve done this before, therefore I get to decide’ or ‘we just noticed that the joke that I made, no one is laughing at, but the one that you made, everyone is laughing at’. And that’s a pretty powerful argument in comedy.”

When it comes to staying organized on a show like BBT, sticking to a predefined schedule is key.

“We have a lot of effective line producers and people helping us and keeping us organized. We’re grown up enough that we can figure out what needs to be done, but there’s a schedule and that schedule is king. You go from place to place and do what you’re supposed to do at that time and that place. It’s a childish answer but it’s true! A lot of smart and dedicated people have put their time into that schedule – and if you don’t do it, it won’t work and it won’t be possible to do 24 episodes of air-able television in the time that you have. You basically have to hit these deadlines in a pretty serious way.”

Having been on air for over a decade now, the cast and crew of BBT have certainly found a winning formula. As for why it’s been such a defining comedy, Kaplan has a few ideas.

“I think it happened upon an interesting topic, which was nerds,” he says. “That topic kind of rhymed with this issue of social isolation and feeling that life is really happening elsewhere: ‘the cool people don’t care about me and I’m all alone’. I think it offers up a kind of a fantasy (and not in a bad sense) of ‘it doesn’t matter if I’m not cool, because I have my friends and we all love each other and pay attention to each other and care about the same things.”

“It’s a timeless topic, but I also think it’s timely. More people live alone in America than any other society in history – in terms of literally living alone in an apartment. The need to connect is a timeless need, but I think the need to connect now, in our particular weird set of social and economic and political circumstances is exacerbated, a particularly pointed ‘here and now’.

Outside of the show, Kaplan has a wide range of interests. Besides Philosophy, he likes to garden and has a newfound interest in Japanese calligraphy. But one thing, he doesn’t count himself as is a comedian.

“Let’s say you and I decide ‘people don’t realize that to be a child of an aging parent requires a certain lonely and grand courage…and we want to write something that’s going to communicate that because we think that people who take care of their aging parents, their story deserves to be told and they’re not taken seriously. It’s really a pretty awesome thing.”

“So let’s say we decide on that. We want to come up with a story about some woman who’s taking care of her aging mother and we want to communicate what’s grand about that, what’s awesome about that. We would say ‘what would be a situation that reveals the grandeur and awesomeness of taking care of an old mother?’ Maybe it’s about the self-sacrifice. Maybe you see that she’s making certain difficult choices. Maybe there are certain moments in the middle of the night when she’s holding her mother’s hand that make it all worthwhile. And no one knows them, but we’re going to let the audience in on it.”

“That’s kind of the approach. Swap out comedy – we think ‘hey, there’s nothing really funny about how people date in America today. Let’s make a full-on sitcom and do something funny about how men and women meet each other’. So we find the stories that reflect that fact and illuminate it and that’s what we do.

As for what’s in his life that finds its way (in some iteration) to the page?

“All of it, I hope! Everything – the stuff that I’m aware of and stuff that I’m not aware of. Things that I care about, things that have to do with my social class, my ethnic background…the fact that I’m a white cis male affects how I look at the world unavoidably. Maybe idiosyncratic experiences, my family background, the books that I’ve read, people I care about…I think all of those go into the mix.”

And Kaplan is certainly appreciative of the opportunity to work on a successful, long-running series.

“I feel grateful,” he says. “Because it really sucks to look for a job. I’m happy not to have to do that.”