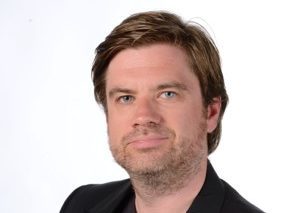 The film financing world has become more lean and nimble. The days of indiscriminate seven-figure check writing are behind us. Creative Screenwriting spoke with Kevin Christoffersen, co-founder of venture capital firm Cobalt Capital Ventures which specializes in production, financing structures, investment negotiations, distribution project development and co-ordination in film, TV and other media. His experience in the film industry stretches over twenty years and he is well-positioned to advise screenwriters wanting to produce their screenplays.

My role “extends from nurturing scripts through their infancy, constructing a business plan, packaging, attracting finance, production, and ultimately marketing and distribution,” he reiterated.

Christoffersen is fully aware of the time and energy to get a feature film off the ground. In fact, he decided on focusing on the film business by default. The lengthy, uphill battle begins at the development stage; working through multiple screenplay drafts and locking down a version that is attractive to talent and investors alike. The development stage is a distinctive stage that does not guarantee a film will go into production, let alone distribution.

“There is something to be achieved by working with filmmakers in the development process regardless of whether a screenplay goes into production or not,” he added.

Script development is a vital part of the process. Many filmmakers skip through this step deeming it unnecessary. Others simply “don’t understand the A to Z of the process. It’s not just a matter of sending out a script to investors and receiving a million dollars. It’s a long road of dealing with casting and talent agents, forming relationships with entertainment attorneys and line producers to put a viable package together,” he asserted.

The Cobalt Capital Ventures principal also realized that much of the practical experience obtained in filmmaking could be applied toward teaching. Christoffersen has developed a workshop covering the full gamut of knowledge ranging from feature film development, packaging and distribution.

“The idea of option agreements and shopping rights has become somewhat antiquated. It’s very hard to shop around a spec script and expect a positive response, especially without a prior track record. Selling a screenplay is even harder.”

“I recommend the self-starter approach to produce a film. Think of it like starting a business. Start formulating a family around your project who believes in your story and career development. Find all the key players who can help you develop the screenplay before you go into film development to get your project realized.”

“I bring in line producers to set a producing schedule and budget and graphic designers for marketing materials for my look book and business plan. Sometimes I bring in an entertainment attorney to set up the LLC, cast and crew agreements and investor documentation. Then I appoint a casting director. Together we establish a film development budget which can be up to $25000.”

Screenwriters also need to benefit once a film development budget is raised to writer further screenplay drafts. In the case of his typical $25000 film development budget, Christoffersen might allocate $3000 to $5000 to writer services. This might stretch to three to five drafts. It’s not much, but “we need to recognize the time and energy screenwriters put into developing a screenplay.” Screenwriters should also benefit at the back end if a film generates revenue.

Although screenwriters should be free to write their stories, they should also be cognizant of production budgets which dictate the difference between getting their screenplays produced or not. “It’s a fine line between screenwriters thinking they need to fully understand budgets and screenwriting. It’s helpful to write with a line producer cap in mind. Does this scene really need to take place on an aircraft carrier or could it happen on the ground?”

“Screenwriters should be aware there are high costs associated with excessive CGI, explosions, special effects, or grandiose locations. That’s fine, but writers may want to consider more realistic locations in subsequent drafts which don’t affect the heart of their stories.”

While wearing his producer hat, Kevin considers “what can be achieved on a particular budget. I think about doubling, or even tripling up locations.” He thinks about the resources in proximity to where he lives, to maximize the effectiveness of a film budget. “Once you venture too far outside your jurisdiction, there are fewer favors to call in or people that can help you.”

Screenwriters don’t need to be film production accountants. However, writers should be aware of various factors that can affect their writers’ fees.

“Having half a dozen producers in a film’s production budget means they all need to get paid. Find out if they are reaching out to their investors or if money is being lost in development on frivolous expenditures before you even get into production, let alone pre-production,” he continued.

The sweet spot for modified low budget independent features is around $600k to $700k. That said, you can achieve quite a lot by planning strategically.

The film finance landscape has changed dramatically over the past few years.

“The ability to raise finance through foreign pre-sales against certain territories like in Europe has been drastically reduced. In the old days, buyers would take more of a gamble. Minimum foreign sales guarantees are also either falling or going away.”

“Previously, you could also rely on raising 30% of your budget in foreign pre-sales with established talent and 30% from a minimum guarantee. You would only need to think about raising the remaining 40% Many filmmakers are now shooting in states such as Louisiana and Georgia which offer high tax breaks.”

Investors will loan against state film tax credits to allow you to raise the remaining budget. There are still some traditional forms of film finance available such as equity swaps, gap financing and bridging loans.

Common ways of raising finance include fostering relationships with people who work in finance, banking or Wall Street who know how to speak the language to other investors.”Every project should have someone representing it from the financing side. Every film is its own startup and has different ways of financing it. Some hedge funds might want to invest in a film slate as part of their portfolios as part of a diversification or tax write-off strategies.”

If screenwriters are serious about getting their projects produced, they need to think about having skin in the game; either sweat equity, cash or other in-kind contributions.

Screenwriters should be also aware that their stories can be told in a variety of formats. A proof of concept video could attract finance for a feature film or a TV pilot could attract funding for the entire series, a video game, or web series. “If a story has legs, don’t get stuck into thinking it could only be a feature and nothing else. It has many different tentacles and could extend beyond that. If it doesn’t attract finance to produce the feature, you still have the proof of concept to use for other formats.”

Film distribution has increasingly leaned into licensing models. Christoffersen mentions the Film Rights Exchange as a new form of distribution. “You become your own sales agent. Rather than going to the AFI, Cannes or Berlin, you upload your film or TV series and you license the platform to a territory. The platform represents around 132 countries. You need to be a licensed sales agent to use it.”

Christoffersen also suggests filmmakers look at post Crowdfunding in addition to pre Crowdfunding. “Studies show that people donate more after a film is made because they have seen a tangible product such a rough cut.“