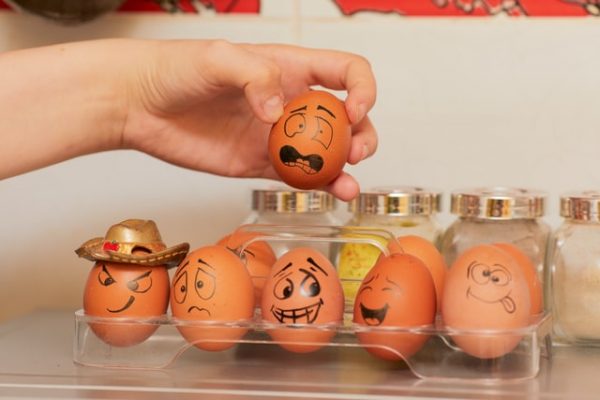 Colliding Two Story Ideas Together To Make One Great One

The quest for a great story involves chewing through hundreds of ideas trying to find one with that magic something. And not only do you have to find an idea, but you have to evaluate its power because the ability to tell gold from fool’s gold is crucial to having a sustained screenwriting career.

Wasting time building a script around a weak idea gets you nowhere. But a so-so idea might work if you collide it with another idea. Let’s look at the story creation process of the great writer, Alfred Bester, author of The Stars My Destination and The Demolished Man. A blurb on the cover of The Stars My Destination says, “Generally considered by many SF writers to be the single greatest science fiction novel ever written.” His work is explosively creative so it’s fascinating to look into how his mind works.

The Stars My Destination

He discussed an idea about a sophisticated android that goes crazy and kills someone, so its owner has to go on the run and disguise the android’s capabilities so it can keep working to make him a living. But then it kills again, and he has to run even farther and hide its abilities even more as a manhunt heats up. Bester said he wasn’t satisfied with the idea, saying it just didn’t have enough juice to be great, so he put it on the shelf.

Several years later he stumbled onto information about a psychological delusion in which one person believes themself to be another person. Bester was fascinated with the possibilities and went back to the crazy android story and, in his words, collided the two of them together to see what would happen. And it worked wonderfully. Not only is the android going crazy and killing on a regular basis, but it’s exhibiting a delusional mental illness in which the android thinks it’s its master. It added a dynamic complexity to the story’s chemistry and made it a classic.

Written in 1954, Fondly Fahrenheit is widely considered one of the best-ever science fiction short stories. Here’s a comment by blogger Eric McMillan, “But the story is narrated by… well, it’s hard to tell at any particular point who is narrating, for the killer android’s playboy owner, James Vandaleur, has been absorbed into the machine’s personality. Or is it the other way around? Or both? In any case, the first person keeps jumping back and forth between the two, or encompassing the two.”

So how do you do something like that for your screenplay ideas? It’s partly about collecting ideas and partly about being able to evaluate them with a professional eye. Ted Elliott and Terry Rossio, who wrote Pirates of the Caribbean, said the single biggest problem they see with scripts that don’t work is that people spend all this time building scripts around weak original ideas. So it’s crucial to be able to judge the quality of your work. Obviously, it’s hard to be completely objective, but there has to be some serious critical facility. You see that in Bester’s appraisal of his original malfunctioning android idea — he knew it was not good enough. As you collect ideas, a healthy percentage of them will be weak or partial ideas. You play with them and explore their possibilities, and take them as far as you can. Sometimes you can collide one with another partial idea to make something great.

Suppose you’ve played with a comedy about stupid bank robbers, but it never really caught fire, so it sits on the shelf. Then later you hatch a time travel plot that’s promising but doesn’t have enough horsepower on its own either. But what if you collide them together like an atom smasher? What if your dumb robbers break into an inventor’s workshop and steal a quantum time teleporter, then use it to pull off the greatest robbery ever? Maybe it’s Dumb and Dumber robbers meets Bill and Ted for the crime of the century.

You’re playing Mad Scientist with explosive chemicals, trying to concoct something worth writing about. What are the extremes? How stupid can you make this story? How funny? Is there maybe a serious science fiction thriller lurking in there? Maybe playing around with it triggers a cascade of ideas that leads in turn to a fresh new idea that grabs you by the throat and won’t let go. You can go write that and then come back to this wacky comedy idea.

The main point is to not be afraid to bang some eggs together to make an omelet. Ideas are not sacrosanct. They’re not delicate things that can’t be shaken up. Sometimes you have to go off the deep end to make things work. Maybe you get a parking ticket and come home to write in an irrational rage. Use that foul mood to attack your story and make decisions that seemed hard before, but now you can plow right through them because of your fury.

Maybe you throw out your third act and explore a wildly fresh way to make your story work. Experiment with bold choices, volatile emotions, and counterintuitive character motivations in order to throw a monkey wrench into something that previously seemed untouchable. It’s easy to make a fresh copy of a story that you can experiment on because the original is saved separately.

It’s all about Attack as a Storyteller. You’re in the Entertainment Industry and the key word is Outrageousness, so make bold choices, get in trouble, get crazy and outlandish. And that doesn’t just mean to blow up more cop cars or have another billion zombies invade the city. It means to dig deep and take a hard poke at the collective human couch potato, to challenge it to become a wild animal again, even just for a few hours. Maybe you’ll get through to people at a deep enough level to change how they think forever.

One great tool for this kind of exploration is the 36 Dramatic Situations, a collection of storytelling elements like Madness, Disaster, Ambition, Loss of Loved Ones, and Rivalry of Superior and Inferior. They’re generally considered the core components of all stories, similar to the Periodic Table of Elements in chemistry.

There are two main functions to the 36— identifying the active elements that are already in your story, and playing with possibilities for complicating and amplifying your story. There may be more active elements in your story than you suspected, and identifying them can help maximize its power. Say you know that Ambition is central to your story, but you hadn’t focused on it enough, and now that you drill down into it the ramifications of how deeply ambitious your character really is triggers substantial new story possibilities.

The 36 Dramatic Situations are also great for playing “What If?” with your idea. If you’re writing a murder mystery, then What If you threw in Madness? It’s an obvious choice, but let’s play. What If your killer is crazy? How does that manifest? Does it solve story problems for you or create them? How crazy are we talking? Is your killer suicidal? A black-out drunk? Have multiple-personalities? Worse than Hannibal Lecter? Demonic? Or the smoothest-talking friendly person who shows no signs of being a deranged maniac? We’re just playing with possibilities. And What If the detective is crazy? What Of that?

What if your character is in a Conflict with a God? That doesn’t need to have any religious connotation at all; it can just be a kid vs the playground bully. So is there some great power that your killer is up against? There are many possibilities. Maybe your killer is out to kill a Mafia don on the side, as a personal hobby? A ripple like that can add a layer of the unexpected to a predictable story. What If your killer feels persecuted? What If she knows she’s being used by her new client, and has to pull off the job or her parents will be killed—but she also has to find a clever way to take out her boss?

What if she’s crazy and feels persecuted? Now we’re colliding Madness and Conflict with a God, and there are all kinds of warped possibilities in there. I’ve taught this tool in my screenwriting courses for many years and it can torpedo any idea into unexpected realms, just to shake things up, to explore raw possibilities, to violate an idea’s predictability.

It’s a way to collide ideas, to play Mad Scientist, to be a fearless, aggressive storyteller who takes no prisoners. To pour a dangerous catalytic chemical into a story that you know needs something. Take a quick stroll through the list of the 36 Dramatic Situations and see if any of them trigger ideas. One situation, like Slaying a Kinsman Unrecognized might stop you in your tracks and trigger a solution for your third act. It’s all about making fearless choices, refusing to stay on your side of the yellow line, and even violating your own storytelling rut. Start at white heat and build from there, make complex choices, not simple ones. If you’re not in over your head as a writer, then you’re not doing your job right. 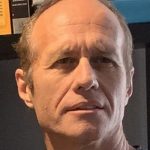 Jeff has taught playwriting on Broadway and screenwriting in Hollywood, with former students being nominated for multiple Oscars and Emmys. A top-rated teacher, he taught for thirty years and wrote the book, Writing a Great Movie: Key Tools for Successful Screenwriting. Jeff adapted his training program into a comprehensive online apprenticeship. Scriptwriting Mastery is the result.