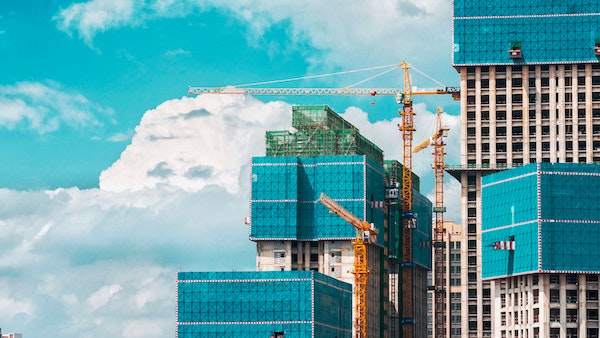 Screenwriting is one of the most economical forms of storytelling. A scene should act as a self-contained unit with a distinct beginning, middle, and an end. Think of scenes as cells in a living organism.

It is essential that screenwriters understand that every scene must do at least one of these four things:

If a scene in your film or television scripts doesn’t perform at least one of these functions, revise or remove it.

Who’s scene is it?

Before you begin writing a scene consider who’s scene it is. It seems like a fairly innocuous proposition, but a scene needs to reflect the story and worldview of one particular character.

There are a few exceptions to this rule such as exploring a B- story or secondary characters. Even so, such scenes must relate to the A-story in some way or they may not belong in the story.

If there are too many of these types of scenes that don’t intersect with the main story, they may be irrelevant. Much of this can be identified during the outlining phase.

Next, decide on the point of a scene and how it is a vertebra in the spine of your story. What are the consequences of removing it? Does the story still make sense?

Once you’ve determined that a scene is essential ask yourself the following questions about the character who’s telling the story:

Answering these questions will help you reinforce the theme, plot, and arc of your characters. Film and TV scenes are typically one to three pages in length. If they are too long. you may be trying to pack too much story in them, or they may simply contain unnecessary information?

Although this suggests that scene construction is a mechanical process, writers should allow for spontaneity to happen. You are not a news commentary delivering a steady stream of information. If there is a logic misfire in your plot, you can figure it out later. Sometimes, the audience can play detective and fill in the plot gaps.

A Touch Of Conflict

Conflict is the juice that makes your scenes rise. It is both internal and external. The external portion of the screenwriting equation is fairly simple. It refers to an obstacle such as a person or situation that is prohibiting your main character from achieving their goal. This source of conflict is a conscious choice made by a character because they decide how to tackle the obstacle.

In order to balance your character, they must have internal desires which conflict with their external world. This is the more interesting part of your character because it explores both conscious and subconscious needs. It could be a change of belief, attitude, or behavior. This all ties into a character arc which illustrates transformation and growth. In many ways, your characters should be their own worst enemies.

Your characters must be forced to make choices and bear the consequences of your own mistakes. Make your audiences travel with your main character through each of their decisions. They should experience the triumphs and disappointments as poignantly as your characters.

Screenwriters are allowed a few short interstitial scenes without conflict to give both the audience and characters a moment of respite. They need to be short so as not to disrupt the momentum of your story. These scenes allow your characters to process a situation, the world, and give them time to plan their next moves. Think of the rhythm of your screenplay as a galloping horse.

Not all conflict needs to involve high-speed action. It can be subtle as a gesture, a look, or a facial expression.

All scenes must set up a conflict and pay it off. There must be an internal character payoff and an overall story payoff to make a scene more impactful.

A character cannot simply be an observer in a scene. They must own each scene rather than a scene owning them. Many scenes fail because the main character is a passive protagonist in the screenplay and simply respond to a situation rather than actively pursuing a goal.

Characters must actively engage with each other and not simply respond to their actions. That is, the main character must make decisions and take actions against the opposition if it prevents them from achieving their goal. The element of CONSEQUENCE is critical. One character’s gain is the other character’s loss.

Periodically, scenes should present an element of surprise – either revealing a material aspect of the character’s life that has remained hidden until that point, or a something that alters the course of the story. Steer clear of gimmicky or stylized scenes that serve an aesthetic rather than storytelling purpose.

By definition, writing a screenplay is chaotic by nature. You may not write the scenes in order, you might write placeholder scenes, or add or delete as your story takes shape. Take big swings and write down those bold, creative ideas you considered removing because they were too much. Sometimes, you may need to write freeform scenes – muddled streams of consciousness that don’t have a distinct structure in order to stimulate your creativity. You may need to write formless scenes in order to find your story. You probably don’t have your story entirely worked out even with a solid outline. Trust the writing process. It has the answers. Your patience will be rewarded.