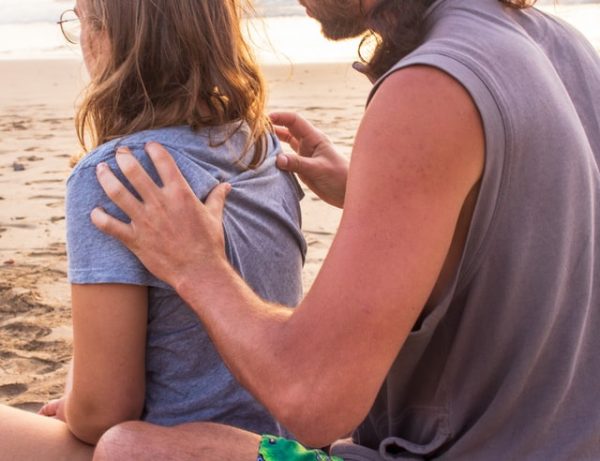 Tension is the strained feeling associated with uncertainty of a situation or physical stress. It is created by an uncertainty that something bad might happen. It puts the audience on edge as they anticipate whether the danger will play out or not, or whether it will be as dangerous as they anticipated if it does.

Tension is the first cousin of conflict. The key difference between the two is that tension requires a greater degree of emotional investment. Two people arguing in a bar is a demonstration of conflict, but if the audience isn’t invested in it, there won’t be much tension built up.

Karl Iglesias, author of Writing For Emotional Impact, neatly summarizes how tension fits into similar dramatic devices in terms of anticipation – the expectation of a pre-defined outcome:

Tension can be IMPLICIT or EXPLICIT.

An implicit danger can be alluded to, or more subtly hinted at, without it being fully revealed until later. Consider those iconic horror films with lurking shadows in the corridors, a ferocious growl, or a hissing cat to herald impending doom. A character may or not be aware of these signals. If they are, they scan their location and sense something is off even if they can’t pinpoint the source.

Slow-burning tension can be drawn out if the danger is unknown or ambiguous. It can’t easily be quantified so writers can modulate the atmosphere and tone of their stories to sustain it.

Explicit tension tends to strike with maximum impact, but its sustainability is also reduced. The danger is no longer as distant. It is here. It is urgent because the problem is known and requires immediate action.

There are a number of writing techniques screenwriters can use to elevate the tension in their screenplay.

Think about various locations that evoke a particular response. A bank vault in a heist film is inherently a claustrophobic space. Characters could get locked inside amid a dwindling oxygen supply. What might happen to a team of deep sea divers close to a school of sharks, or a group of window washers on the fiftieth floor of a skyscraper?

Locations don’t need to be exotic. They need to be dramatic. Consider a setting like a bar during a bachelor party or a singer in the green room anxious before her singing performance.

This is a handy segue from a location with the potential to generate and amplify tension. We discussed the bank vault with the self-locking door and finite oxygen supply. What else could happen? The thieves could try to break out and trigger an alarm or even consider physically harming each other as they go stir-crazy.

The deep sea divers could get smelt by a shark at feeding time. Or they could get lost or stuck in an underground cave.

What about a dank bar? Ironically, generic locations that don’t specifically lend themselves to tense situations might create better tension. What if the groom’s fiancée also arrived? What if there was a  fight? What if the groom suffered a heart attack as he was slipping a hundred dollar bill in a stripper’s thong?

Screenwriters can really unleash their imaginations by creating unusual situations from their locations – even if it’s something as banal as taking a shower. The main thing is that the tension must be organic to the underlying story and theme.

A character will generally not make themselves too vulnerable or knowingly submit to a position of danger without serving a deep character need.

Roll camera. Parents insist their teenage children have a quiet weekend as they bid them farewell. No visitors. The teenagers wave good bye as the parents drive off. What could go wrong?

Make a list of potential forbidden activities – they break a family heirloom vase, party goes out of control, crack open their parent’s safe and discover they are adopted, they drink some of the hundred year old scotch and fill the bottle with tea hoping their parents don’t notice. (Of course, they will).

Illicit love affairs with a cell phone in record mode make good tension. Especially if they involve high-profile characters and an unsavory characters As does gambling after you’ve promised those days are behind you. And blowing the family savings.

Writers should raise the stakes during these activities. There is not much tension if you break a vase that was an unloved wedding gift or your voters don’t care if you’ve spent the night with a prostitute. The stakes and the consequences must have a material impact on your character.

Apart from raising the stakes, writers can add a major revelation such as the bachelor still being married or really a woman, add reversals which set the character back or force them to rethink a plan. Characters can also make a major intention such as the declaration of a war or winning the love of someone.

Another useful plot device is to shift the balance of power between two or more powerful nemeses so both have an equal chance of winning.

You may even want to introduce a character with an unknown, possibly shady past. Consider the stranger that shows up in a small town and drinks at the local bar. The townsfolk are suspicious, the sheriff warns the stranger with no name to stay out of trouble. They could be creepy in their demeanor or have some other unnerving character trait. Alternatively, they could possess impeccable manners which makes the townsfolk more suspicious of them.

Not all tension needs to hit you between the eyes. Balance soft, suggestive tension with veritable threats and high tension. Contrasting the extremities of tension makes for a more engaging viewer experience. There is significant entertainment value in letting the audience breathe as you lull them into a false sense of normalcy. Mid-tension scenes may simply reveal a character’s potential or the implications of their plan. How would finding a hidden Nazi uniform or a grenade rifle make a character feel?

Screenwriters should also balance their sources of tension, not just the layers. There could be a monster hiding under the bed, a frayed rope while a character is abseiling, an internal dilemma, or swapped loyalties as a friend is revealed to be a traitor.

These are story devices that conclude a story element. They are generally categorized as TIME and OPTION LOCKS. Time locks, as its name indicates, is a race against time – whether you are defusing a bomb or leaving your house seconds before the monsters break in.

An option lock refers to a character not being able to solve their problem given their options. Examples include having one final attempt to enter a password before they are locked out of their accounts or running out of tools to break out their cell.

Don’t play it safe. Make the obstacles worthy and make your characters fight hard to overcome them. Write your characters as active rather than reactive. Even when they respond to a changing situation, their choices determine the likelihood of success.

Seemingly insignificant items may have significance later in your story. Consider an ice pick which becomes a murder weapon, generic footprints which turn out to belong to a homicidal maniac, or an unlocked car door easily dismissed as forgetfulness. The mundane can carry huge dramatic weight.

So too can displaced things whose significance is not fully known. Imagine a book in your immaculately stacked bookcase was moved or a picture frame no longer being level.

Your page (or screen) is your canvas. Think about how your writing style informs your readers’ experience. Do you write short, sharp, impactful sentences?

She hears pebbles crunching under heavy footsteps. Getting louder with each step.

Darts around. Can’t see anyone. Too dark.

White space is your friend. As is word choice, sentence construction, and formatting.