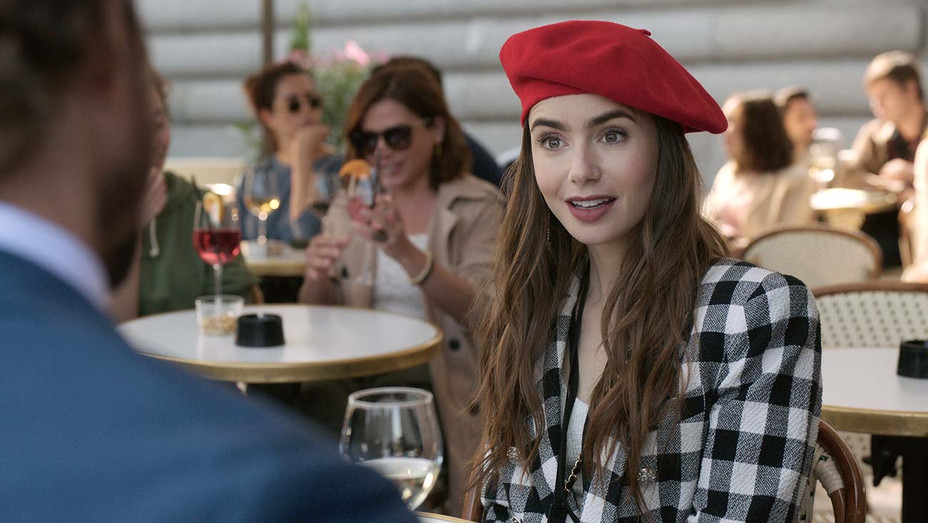 Not long out of film school, an aspiring screenwriter Darren Star sold two screenplays very early on in his career during his twenties – Doing Time On Planet Earth (1988) and If Looks Could Kill (1991). Although these films didn’t set the box office on fire, they did set the groundwork for Star to pivot to creating highly-stylized worlds of the rich and the powerful in a string of hit TV shows. Needles to say, there was an abundance of sex, scheming, lust, and betrayal in all of them. And viewers couldn’t get enough.

Darren Star made his heart-throb-filled mark on CBS with Beverly Hills 90210 in 1990 which ran for a decade. He concurrently created Melrose Place in 1992 to supplement the audience’s desire for edgy TV with more sex and shenanigans than most of us could handle. Fueled by money and sex during this decade, Star created the edgy Sex And The City in 1998 for the fledgling HBO. He later adapted the impeccably dressed Younger for TV in 2015 and the Parisian fish out of water series, Emily In Paris.

Although it seems Darren Star has a Midas touch in creating TV hits, his critics have frequently been less kind, deriding them as little more than trash TV. His longevity in the business tells critics what they can they do with their critiques.

When Star develops a new TV series, his primary concern is to entertain himself first and then his audiences. Although his primary aim is to hook and entertain millions of viewers, he begins with, “Finding the kernel of truth in the storytelling.” Truth isn’t necessarily something that happened, but something that taps into a vein of what could happen. Truth mines emotions, experiences, reactions, and feelings. The sexual frankness and stunning bodies are only window-dressing. They alone, cannot carry an TV show.

A recurring theme in the TV writer’s shows is a fish out of water. Beverly Hills 90210 is about Mid-Westerners transplanted to the rough and tumble of Beverly Hills, Younger was about a forty-year old women making it in the youth-obsessed publishing industry, and Emily In Paris is about a Chicagoan making her mark in a marketing firm in Paris as the informs of them of the American way of doing things.

Creating a popular TV show doesn’t get easier with each new show according to Star. He always gets stressed before a new project. “Season one is where most of the heavy lifting takes place to establish the characters and tone of the show.”

Melrose Place was a “Frankenstein creation about a group of teens behaving like adults and having rampant sex” that was a spin off of Beverly Hills 90210 that went straight to series before it was fully developed. Normally, showrunners can defer to the successful elements of season one when planning the second season during their hiatus. Melrose Place didn’t have the luxury of time. There was no pilot order since Melrose Place went straight to series with a whopping thirty-five episode order. Given the lack of breathing space, the show was nearly derailed and forced to course-correct mid season to bring it back to its mission.

Cast Of Sex And The City

It would be foolish to pigeonhole Star as a creator of salacious soap operas with an extra helping of suds and sex. When he created Sex And The City, Darren was introducing indie film to television – with an extra large scoop of sex. Sarah Jessica Parker (Carrie Bradshaw), Kim Catrall (Samantha Jones), Kristin Davis (Charlotte York), and Cynthia Nixon (Miranda Hobbs) discussed their sex lives (or lack thereof) in graph detail, often objectifying men in ways audiences were used to seeing men do to women both on and off screen.

It wasn’t the voyeuristic female empowerment that hooked the show’s audience as much as the relationships between the women. Some pundits may argue that Sex And The City was ahead of its time because it wasn’t a big ratings hit for HBO when it was on during its first run. It gained its notoriety after the explicit sex was edited out in favor of focusing on friendships and characters before going into syndication.

In 2020, Star offered viewers a unique insight into the immigrant experience in Emily In Paris. “Emily is not Sex And The City in Paris,” declared Star. “It’s a glamorous look at Emily Cooper adjusting to the romanticized Parisian way of life. She finds humor in the stark cultural differences.” The glamor of Emily (La Plouc) gliding from faux pas to faux pas is a sharp contrast to life in the TV writers’ room.

Despite the rigid season outlines, not every storyline can be planned too far in advance. Oftentimes, the characters will tell you where the story is going.

In conclusion, Darren Star advises aspiring TV writers, “To have a life outside of writing because good material comes from life experience.“