David Lean & Me – Some Thoughts On The Celebration Of His Birthday

For those of you unfamiliar, today is famed screenwriter, director, and producer David Lean’s birthday. He is known for epic films including Lawrence of Arabia (1962), Doctor Zhivago (1965) and A Passage to India (1984). Creative Screenwriting Magazine contributor Pen Densham wrote this retrospective to commemorate David Lean’s filmmaking career after meeting him in person. Lean passed in 1991.

“My distinguishing talent is the ability to put people under the microscope, perhaps to go one or two layers farther down than some other directors.” – David Lean

Many years ago, the American Film Institute scheduled an extraordinary weekend of screenings. Non-stop David Lean movies building to the first showing of A Passage to India. For those of us lucky enough to find out, David Lean would be on-hand to introduce and discuss his films. I was much younger then, struggling to see if I would have a career in Hollywood. To this day I remember my awestruck sense of being in the presence of this filmmaker; it was almost intimidating.

“I think people remember pictures not dialogue. That’s why I like pictures.”

David introduced the first movie and said he’d be back to take questions afterward. And then something very cool happened. I guess I must have gone to the washroom—and there was David, in the theater lobby. Just waiting; killing time.

This man, at the apex of his craft, revered by the Spielbergs, Scorceses, and Lucases, was more of a legend than a living filmmaker. These were movies Lean made that I too adored. Brief Encounter (1945), Great Expectations (1946), The Bridge on the River Kwai (1957). Was it rude to miss some of his treasured movie by stopping to talk with him? I paused in consternation, then someone else started to converse with him. And I, like a court thief, decided to sneak up and listen. David chatted happily, glad to have some company.

He had an enchanting English way of speaking. Under his silver mane, two things impressed: his long ears, almost like fleshy teapot handles; and his bright eyes that glittered as he spoke. He gestured his delicate fingers in the air like Gandalf as he discussed how he created his visions. I was under his spell. The sorcerer’s apprentice.

For the whole two days, every time David finished introducing his next movie, a group of us snuck out from the rear of the theater and plunked ourselves down with the Master.

I was not the most vigorous questioner. I didn’t want to show my ignorance. But as others dove in with queries that were treated with respect and interest, I opened up, too. The conversation rambled. David started in movies as a tea-boy serving drinks to the film set. He had a Quaker mother who disapproved of the cinema and a father who expected him to follow his career as an accountant. He carried a still camera with him everywhere to take visual notes for his film ideas.

He started his real film work as an editor. He helped Noel Coward, the great British playwright, direct his first movie, co-directed his second, and then struck out solo on his third. One of the most powerful things I took away was his detailed work with Robert Bolt on his scripts, writer and director chasing every nuance to knit a vital and intelligent puzzle of human nature and circumstances.

Robert Bolt, who’d written A Man For All Seasons, had been brought on to work with David after several writers failed to sculpt T.E. Lawrence’s The Pillars of Wisdom into a makeable movie. It’s said that Bolt turned the entire book on its head, making it a search for the identity of its author. He concentrated on the man’s conflict, as a misfit in both English and Arab society, rather than using Lawrence as a stick figure to take us up the step ladder of history.

“Always cast against the part and it won’t be boring.”

David Lean also discussed his failures. There was a cautionary tale in his betrayal by Dino De Laurentiis over Mutiny on the Bounty, a project he and Bolt started as a two-part epic detailing not only the mutiny, but the decay of the survivors as they tried to eke out a living on Pitcairn Island. It was a revelation that David invested years of his life in attempting to make these movies, and yet they had never happened.

David’s discussion of the editing process was a treatise on the realities of imperfection, exploration, and discovery. Here was the guru of cinema telling us of his troubles, doubts, and difficulties and how he applied himself to finding solutions.

This was astounding and inspiring. David Lean was not perfect! His works were not wrought in a single endless act of immaculate insight and unfailing vision. He lived by the same process we all worked under. You aim at your goals and course correct, solving problems as you go. If David Lean had to do it that way, somehow we were not so far apart. He was not so much a superman who we could never equal, but a talent with an extraordinary facility for film.

“Film is a dramatized reality and it is the director’s job to make it appear real.
An audience should not be conscious of technique.”

I will never be David Lean, but I have and will struggle. I have projects that I yearn to put on screen. And from people like David sharing their experience, I know in my heart that my mistakes and missed beats are not indications that I’m not good enough; just steps along the path.

And one more thing …

Lawrence Of Arabia was reviewed dismissively in the New York Times as, ”Just a huge, thundering camel-opera.” A camel opera that won David seven of the 10 Oscars it was nominated for, including Best Picture in 1935, and proved that what others think is frequently inaccurate, and should never be allowed to lessen our own opinions of our work.

“I wouldn’t take the advice of a lot of so-called critics on how to shoot a close-up of a teapot.” 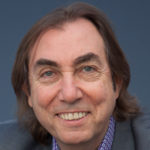 Pen Densham rode into the movies at age 4 on a live alligator in one of his parents' theatrical shorts and started a love of cameras and story. He founded the Trilogy Entertainment Group with John Watson and recently took sole ownership. Their 16 feature films and over 280 hours of TV series, collaborating with some of Hollywood’s most creative filmmakers, like Bill Murray, Jeff Bridges, Ron Howard, grossed more than $1 billion dollars. When studios rejected Pen’s revisionist story for ROBIN HOOD PRINCE OF THIEVES, he wrote it anyway. As producers he and Watson shepherded their script, starring Kevin Costner, to be Warner’s largest grossing movie to that time. Pen has earned Oscar nominations and over 60 international awards. Among the features Pen has written and directed are his personal version of MOLL FLANDERS, starring Morgan Freeman &amp; Robin Wright and HOUDINI for TNT, starring Johnathon Schaech and Mark Ruffalo. Pen personally revived his favorite anthology TV shows THE OUTER LIMITS and THE TWILIGHT ZONE to award-winning TV runs. Pen is one of the Producers on LAST FULL MEASURE (2019) with Samuel L. Jackson, Sebastian Stan and Christopher Plummer. Pen authored a best-selling book on creative screenwriting: “Riding the Alligator”, recently published in Chinese. A free chapter can be downloaded at <a href="https://ridingthealligator.com">Riding The Alligator</a>