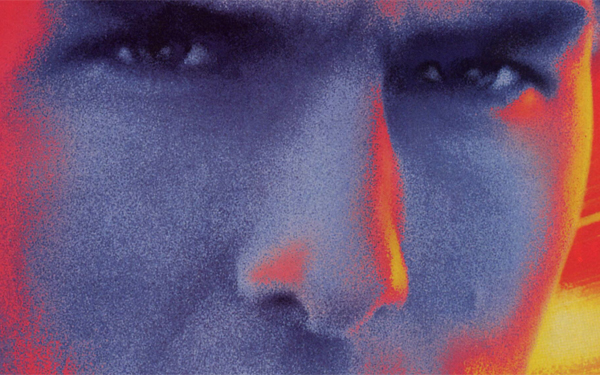 Days of Thunder: An Exercise in Speed

Robert Towne says of the action genre, “If there is a romance, will the girl survive?” In Days of Thunder, it seems the girl was played by Cruise.

Oscar-winning writer, producer, director and actor Robert Towne is widely considered to be one of Hollywood’s finest screenwriters, contributing to such films as Bonnie and Clyde and The Godfather. In the 1990s he wrote screenplays for several of the biggest blockbusters, including Days of Thunder and Mission: Impossible, hitching his career to that of Tom Cruise, and producers Don Simpson and Jerry Bruckheimer.

In the first of a series of articles about Robert Towne and his collaborations with Tom Cruise, we examine Days of Thunder, for which he wrote the screenplay, as well as co-writing the story with Tom Cruise.

Tom Cruise as Cole Trickle in Days of Thunder

Days of Thunder arose from Tom Cruise’s wish to make another action film – something along the lines of Top Gun, in which his superstardom had been assured and enshrined by producers Don Simpson and Jerry Bruckheimer. He got the idea while doing practice laps at Daytona with veteran racer Paul Newman after they had wrapped production on The Color of Money (1986). According to Charles Fleming it may also have been suggested by Ned Tanen, the film executive.

In its makers’ eyes (though, as it turns out, completely erroneously), Days of Thunder was the first feature film to be based around the subject of stock-car racing. Towne himself had served as 2nd A.D. on Corman’s production The Young Racers, and might well have cultivated a taste for the track on that set. The National Association for Stock Car Auto Racing was hoping that the organisation would benefit from the association with Simpson-Bruckheimer in the same way that the Navy accrued wonderful publicity following the huge success of Top Gun.

As they would be accused of on other projects, Towne, or Towne and Cruise together, liberally ‘borrowed,’ whether consciously or otherwise, from a well-established, if little respected, sub-genre in the sporting spectrum.

The narrative template for the motor racing film is as follows: an independent-minded racer wishes to pursue his chosen sport, but his bloody-mindedness scares off potential team bosses until someone takes a chance on him. His aversion to romance is cured by a tempestuous relationship with a spirited woman who ultimately wants to settle down with him, leaving him to choose between her and the sport, until a near-fatal accident makes the choice for him and he realises that life without a woman is meaningless.

Aside from the happy coincidence of a shared agent at CAA in the form of Paula Wagner, it may be, as Michael Sragow shrewdly suggests, that it was Cruise’s old-fashioned star persona that inspired Towne, who had similarly been so inspired by his friends Jack Nicholson and Warren Beatty. In fact, according to Sragow, two things convinced Towne to take on the idea: Cruise, and the racing itself – “he fell in love with the stock-car world.”

Cruise himself had loved racing from the time he was sixteen, when he took his mother’s car and went drag-racing down a New Jersey street. Cruise took Towne to see a race at Watkins Glen, and the writer was hooked. The original story of a brash young man who in facing his own mortality, finally grows up, never really came to fruition, though perhaps is to be found in Towne’s more recent film, Without Limits. For now, the ‘need for speed’ was paramount. Cruise would be introduced here much as he had been when previously paired with director Tony Scott in Top Gun – on a motorcycle, reeking of gritty rebellion and steadfastness. In fact, for while the film’s title was to be Top Car.

Billy Crudup as Steve Prefontaine in Without Limits

Based around Cruise’s obsessions and his appearance, Days of Thunder seems to offer many things in common with Top Gun, including a linked destiny with a supposed antagonist (Rowdy Burns, the Anthony Edwards role from Top Gun), whose dumb luck allows Cole (Tom Cruise) to shine; and a real antagonist (Russ Wheeler, essaying Val Kilmer’s role from Top Gun), whose admission that Cruise is better than him allows the audience to enjoy Cruise putting him against a wall. Meanwhile, the role of mentor goes to Robert Duvall as Harry Hogge, a typically tricksy obsessive Towne character whose repressed past catches up with him: he is now working with the son of the racer whose death he may have inadvertently caused the previous year.

In Cole’s admission that his own father was a crook who was financing Cole’s racing through junk bonds and stolen yachts, Towne was once again treading Oedipal territory; the relationship is also an echo of that in Personal Best; and a precursor to that of Without Limits, which features an athlete finding a father-figure in his track coach (and was originally supposed to star Cruise.)

Michael Rooker as Rwdy Burns, Robert Duvall as Harry Hogge and Tom Cruise as Cole Trickle, in Days of Thunder

Cruise’s role here as Cole Trickle (the name part tribute to NASCAR veteran Dick Trickle) is typically iconoclastic. Towne himself said of the story that “it becomes the struggle of a driver to replace his belief in his own infallibility with the true courage of a man who recognizes that even if some things are beyond his control he must go on to face them if he is to race, to win, to live his life.”

An obsession with eyesight and vision (familiar from Chinatown) also dominates the film’s thematic concerns: Cole’s crash occasions his brief loss of eyesight but brings him into contact with beautiful neurosurgeon and love-interest Dr Claire Lewicki, whilst Rowdy’s loss of eyesight connects the destinies of him and Cole.

Nicole Kidman as Dr. Claire Lewicki in Days of Thunder

It is Lewicki who helps Cole gain insight into himself after performing brain surgery on him, at the same time that his antagonist/friend, Rowdy, is losing his eyesight.

Well, I can’t see anything –

As for Cole and Rowdy, their destinies are linked finally when Cole takes Rowdy’s car to victory after Rowdy’s career is prematurely ended.

Cary Elwes as Russ Wheeler in Days of Thunder

The narrative is decorated with vehicles, flowers, feet, shoes and animals, the usual Townean motifs:

“We end up looking like a monkey fucking a football out there!”

“Ever since you and Rowdy crashed at Daytona and Rowdy got sick, you been waitin’ for the other shoe to drop, waitin’ on somethin’ bad to happen to you…”

These, however, only serve to underscore his primary theme: that of a man trapped and then transformed by the mastery of his occupation:

Cole Trickle, did you have any

idea you could go wide open on

that last turn and make the car

Cole is all smiles.

Knew it all along.

In Bruckheimer’s mind, Towne was “the godfather of verisimilitude.” As Sragow comments; “if the script called for a bloodhound, and Tony Scott brought out a dog that wasn’t a bloodhound, Robert went nuts. He’s a stickler.”

Perhaps as a result of this, the relationship with producers Simpson-Bruckheimer didn’t run completely smoothly for Towne, as Variety magazine ‘dished’ on 7 July 1992, when tempers frayed as Towne left the production to do rewrites on The Firm (ironically, another Cruise project). According to Variety,

What really smarted the producing duo was they had just agreed to shell out over $300,000 from their Disney discretionary fund to help pay Towne the $1 million fee he’ll collect to adapt their recently acquired Paul Lindsay book Witness to the Truth.

But in truth, the problems encountered during production seem more the result of the studio’s need to have the film ready for a fixed deadline. When it came to filming, the script wasn’t ready for the shoot. But the studio was “desperate for a summer movie.”

We knew the script wasn’t ready, but we needed a movie for Memorial Day. We needed to work off this tremendous overhead we were paying Don and Jerry. We had a window [of availability] on Tom Cruise. Suddenly we all felt more fondly about the script.”

Towne wrote many scenes to order overnight, and also did much of the second unit coverage. (Allegedly, it was also he who talent-spotted Nicole Kidman for the film.) And such was the chaos of production, that Cruise was repeating lines dictated through his headset by Towne as he drove around the track.

Nonetheless, despite the pressures under which it was written, the screenplay is a canny blend of sports psychology, personal tragedy and action. And Don Simpson openly praised Towne:

One person deserves the sole credit for the script…and that’s Robert Towne. Whatever’s on screen came out of his mind, heart and soul. He kept writing until one week before we finished. I never saw anyone that talented work that hard. Towne deserves more credit than he’s gotten – if there’s an award above an Oscar he should get it.

Simpson had suspicions that the film didn’t hang together: the initial cut didn’t even have Cruise reaching a checkered flag. Sid Ganis, co-president of Paramount, admitted that “There was almost no story, and there was no ending. It was just cars going around a racetrack.” And these fears were borne out in test screenings. As a result the finale was reshot, to Tony Scott’s loud objection, though still under his direction. New scenes featuring Cole’s recovery from injury were also shot.

The next version of the film was a box office success. But the critical reception was hardly favourable. As Sragow comments:

“The racing scenes focused on spectacle and not on the narrow parameters the drivers operate within, and whatever nuances and colors Towne and Cruise worked to achieve ended up on the cutting-room floor.”

On the other hand, Matthew Wilder recognises Towne’s achievement with the script:

Towne works a unique alchemy. The producers’ and star’s formula – cocky kid learns to play by the rules, then tastes victory – gets a Townean makeover that turns Days into a Howard Hawks-style melodrama: Cruise’s uppity racer comes to respect a wise elder…collaborates with a onetime rival…and appreciates the balance between duty and risk. Damned if Towne doesn’t make something stirring and even shrewdly observed out of the relationships between these three swaggering archetypes.”

Cruise is so efficiently packaged in this product that he plays the same role as a saint in a Mexican village’s holy day procession: it’s not what he does that makes him so special; it’s the way he manifests everybody’s faith in him.

The last word, however, should perhaps go to Towne himself, who reflected that:

What everybody learned…is never to lock a film so early into an opening date ever again. The fact is, the editors had four weeks to go through two or three million feet of film.

There were to be no Oscars.

Check out the second article in this series:

The Firm: One Screenplay, Three Writers. 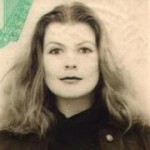 Elaine Lennon worked in script development and film financing before doing her PhD at the School of Media, Dublin Institute of Technology, Ireland, where she lectured in film studies and screenwriting from 1995. She writes about films.