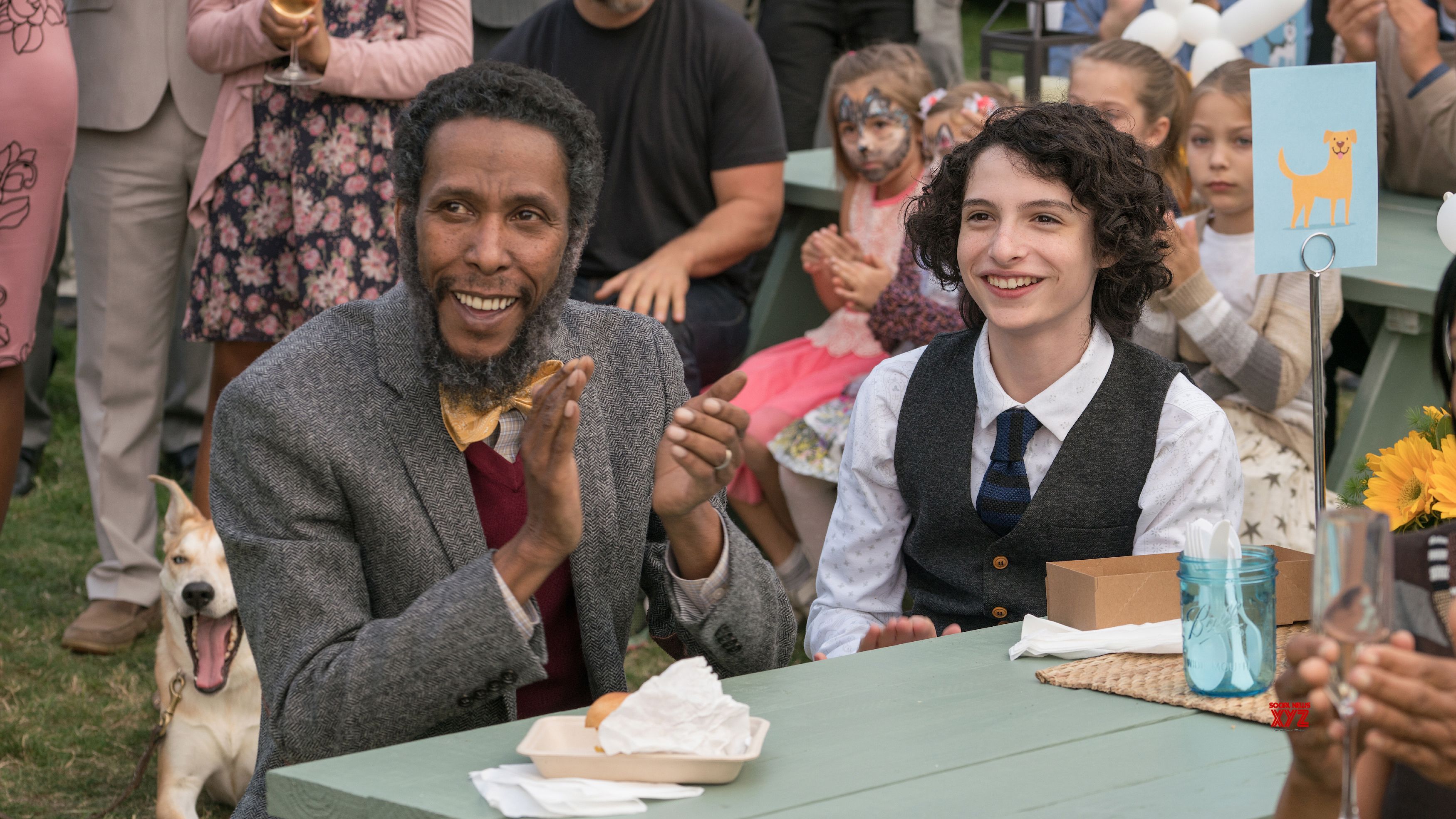 Oh, what Richard Curtis unleashed on the world in 2003. After the wild success of “Love, Actually,” the writer/director’s multi-storied holiday rom-com inspired all kinds of imitators. Director Garry Marshall alone mined three lesser holidays in “Valentine’s Day,” “New Year’s Eve” and “Mother’s Day.” Now director Ken Marino has ditched the holiday backdrop but continued the multiple storylines in his latest film entitled “Dog Days.” Each of the five stories centers around a dog, and like its canine characters, the film is scruffy, noisy, and adorable while being scruffy and noisy. It’s as shameless as all the close-ups of puppy dog eyes eliciting “Awws” from the audience, but most of it works, well, like a dog.

Each of the five stories is a love story, of course, but not just regarding the affection humans have for the dogs in their life. Two concern traditional “boy meets girl” scenarios, with dogs serving as Cupid, but the other three wisely delve into exploring non-romantic relationships. Man-child Dax (Adam Pally) falls for the big, mischievous mutt owned by his sister and her husband (Jessica St. Clair, Thomas Lennon) when he’s asked to babysit while they adjust to parenting newborn twins. Grace and Kurt (Eva Longoria and Rob Corddry) find a lost pug that helps them bond with the timid Amelia (Elizabeth Caro) that they’ve adopted. And looking for that lost pug helps its elderly owner Walter (Ron Cephas Jones) bond with pizza delivery boy Tyler (Finn Wolfhard) assisting him in the search.

Screenwriters Elissa Matsueda and Erica Oyama give all five stories the same weight, and it’s refreshing to see that the friendship between Walter and Tyler is played as emotionally and essential as the two romances. Even those two traditional couplings avoid a lot of the cliched tropes from the genre. In the courtship between morning TV host Elizabeth (Nina Dobrev) and ex-footballer Jimmy Johnston (Tone Bell), the problem isn’t a reluctant male but a self-sabotaging female. Tara (Vanessa Hudgens) may pine for a handsome vet (Michael Cassidy) as nerdy dog shelter owner Garrett (Jon Bass) pines for her, but she’s not clueless, nor immune to the latter’s charms.

Despite avoiding many clichés, Matsueda and Oyama do love their obvious dog gags too, ticking them off with relish. Watching dogs wreck parties, hump hapless adults, and fart in their owner’s faces was already old hat when the “Beethoven” series trotted them out in the early 90’s. They’re better writers when they explore fresher territory woven into their stories. Walter is written with lots of nuance and dimension, and Marino wisely lets Jones take his time with his lines, never rushing an emotion. A lot of time and attention is given to explaining dog issues too, like the dangers of chocolate and the delicate skull of a Chihuahua. The film is also one big commercial for adoption, but it’s the galvanizing plot device between Tara and Garrett, so it works well in the narrative.

Director Marino is a veteran comic performer too, and that helps him coax good performances out of his cast, particularly those cast against type. Corddry plays a sensitive father and husband here, rather than the shallow cad he so often essays, and he’s terrific playing straighter. Likewise, Eva Longoria excels playing his insecure wife, a character a thousand miles from the confident chanteuses she’s brought to vivid life on “Desperate Housewives” and “Telenovela.” Marino also ensures secondary characters register strongly as well. The all-knowing makeup artist (Jessica Lowe) drops funny bon mots in every scene she’s in, and the overzealous weather girl (Phoebe Neidhardt) will be recognizable to anyone who’s ever turned on local TV in the Los Angeles market. (Someone, please give scene-stealer Neidhardt a lead role in something soon. She’s a comer!)

Marino also hits the big moments right throughout, be they the comedic highlights or the dramatic ones. Tara happens to live in the same apartment building as Dax, one of the ways the stories cross over, and when she thinks he’s a serial killer and maces him, it earns the biggest laughs in the film. She not only sprays far too much in his eyes but ends up back-spraying herself. Watching Hudgens and Pally writhe in agony is utterly hilarious, and we in the audience feel their pain. Marino also lingers on Garrett’s loneliness, and it draws us to him. A lot of directors would leave such reaction shots on the cutting room floor, but not here. Marino tries to deepen the characters wherever he can, perhaps realizing that such moments make the types they’re playing come off more realistically.

Where Marino isn’t as successful is in ensuring that his performers refrain from straining for laughs here and there. Dobrev seems liberated by getting to play such a high-strung character, but her Elizabeth is far too shrill at times. She inches into harpy territory, and it’s questionable whether her TV host would still have a job after the numerous faux pas’ she commits on air including profanity, bullying, and harrumphing off stage during a live broadcast. Lennon can earn laughs without moving a muscle, but his caricatured newbie dad seems to belong in another movie. Even Hudgens pushes her pluck at times harming her otherwise engaging portrayal.

The dog characters are often relegated to the background more than they should be too. Only the mutt Dax is taking care of receives screen time equal to his human costar. Still, even with such mistakes, it’s a miracle that none of the storylines turn too maudlin. One dog is very old, and you can see where the conclusion of his story is coming from the get-go, but it’s not milked the way some filmmakers would have. Instead, Marino earns tears with his subtle direction in that climactic scene. He also immediately follows it up with one of the movie’s bigger laughs as a veterinary assistant tries to help alleviate the pet owner’s grief.

A lot of “Dog Days” is pitched too big and bright, at times taking on a sitcom flavor. It perhaps could have used some more edge, like other work that Marino, Matsueda, and Oyama have listed on their IMDB pages, specifically “Burning Love” or “Children’s Hospital.” Yet, “Dog Days” could have been hopeless treacle, like so many of those other “Love, Actually” imitators. This one manages to make you laugh quite a bit, cry a little, and feel warm fuzzies throughout. And it does so without having to resort once to maligning cats. For a movie about dogs, that’s a minor miracle, as are the modest but vivid pleasures on display in this affectionate comedy.

Watch the trailer for Dog Days by clicking below: