Nothing prevents an audience’s boredom like the need to know what happens at the ending. Provided the protagonist has our empathy or interest, the stakes are significant and the outcomes are genuinely uncertain, a story’s external and internal conflicts have a good chance of pinning us to our seats until we see how things turn out (as examined in part I).

Yet, pull off impressively unpredictable but logical endings to your protagonist’s outer and inner struggles and you’ll still get some uppity readers and viewers saying, “Yeah, I didn’t care. I didn’t care that they caught the killer, discovered the cure, survived the monster, won their soulmate, saved or doomed the story world in such an unexpected way. Nor did I care that they overcame their trauma, conquered their flaw, defended their stance, found their courage, or transformed into better or worse versions of themselves (etc.).”

Dissatisfying endings can indicate a muddled meaning in the story as a whole. Beneath the levels of external and internal conflict – and the dramatic tensions they wield – a well-defined thematic conflict helps to clarify what the story has to say and can generate a more meaningful level of story-long tension.

Thematic conflict is like a battle of worldviews, usually relating to the story’s core theme, implied by the story’s main conflict. Its basis generally includes:

Audiences tend to root harder for a protagonist to positively resolve their main conflict if doing so means that a worthy value or life principle will persevere. They will also be that much more devastated if it doesn’t, as classically occurs in tragedies. This battle of worldviews is conveyed via a story’s main conflict, which is generally external (the protagonist against others) or internal (the protagonist against themselves).

Firstly, nonhuman sources of antagonism, such as monsters, maladies, and forces of nature, are inclined to be more formidable when representing facets of human nature or aspects of the human experience that we find primally fearful or cruel. For example, Backdraft portrays fire, the villain’s weapon, as a living manifestation of human loathing, an “animal” to be unleashed or constrained. “It’s a living thing. It breathes, it eats and it hates,” says arson sleuth Don Rimgale (Robert De Niro) to the protagonist. “The only way to beat it is to think like it… to love it a little.”

Ripley’s alien isn’t merely a petrifying monster either, but a negative reflection of humanity’s lifecycle. Inverting values of hope and optimism, the alien’s lifecycle is a cold biomechanical survival struggle (comprised of eggs, face-huggers, chest-bursters, phallic-headed Xenomorphs, and an egg-laying Queen), a reproductive process dependent on the emotionless rape, impregnation, and utilization of others, namely human protagonists. Perhaps the scariest thing about the alien, at least in the series’ earlier narratives, is its reflection of some primal truths about ourselves.

“It seems to have life, organic life.” John Hurt in Alien – written by Dan O’Bannon

For protagonists up against others like themselves, the main conflict can straightforwardly imply a battle of irreconcilable worldviews concerning the story’s core theme or subject.

The credible vacillation between the likelihood of either worldview succeeding, provided the good and bad consequences (stakes) are clear, can excite our fear for one outcome and our hope for another.

In ensemble pieces, opposing worldviews are embodied by groups of individuals or by entire communities, conveyed by the methods and tactics they use to pursue their respective story goals. In Spotlight, for example, the protagonists’ main conflict pitches opposite attitudes to the crimes of sexual abuse by the Boston Catholic Church (theme) against each other. As the ability to effect meaningful social change hangs in the balance (stakes), the Boston Globe journalists’ story-long struggle to publish the truth poses the tension: will openness and accountability (values embodied by the Spotlight team) prevail against complicity and suppression (values embodied by municipal, legal and religious institutions)?

“Show me this is systemic, that it came from the top down.” Liev Schreiber in Spotlight – written by Josh Singer and Tom McCarthy

Your script’s main conflict may be your protagonist’s internal conflict. The tug-of-war they experience between positive and negative states of being, either of which could lead them to good or bad outcomes, is also able to convey a battle of philosophies. The flawed or unfulfilling outlook with which the protagonist might enter the story can represent one worldview. The evolved or more fulfilling outlook, towards which they may gradually vacillate during the story, can represent a contrary worldview. These incompatible philosophies are able to reflect the positive and negative sides of the story’s main theme or subject. As the protagonist goes to war with themselves, so do the worldviews they represent.

With their well-being and the well-being of others at stake, the protagonist’s vacillation between positive and negative sets of values can generate an enjoyable anticipation regarding the uncertainty of the story’s outcome, engaging audiences with the need to see which worldview will persevere.

In Joker, for example, the protagonist’s inner conflict pitches opposite attitudes to societal participation (theme) against each other. Disturbed protagonist Arthur Fleck desperately wants to fit into an uncaring society while his burgeoning alter-ego, Joker, wants to violently stand out. As Gotham’s crumbling social order hangs in the balance (stakes), the protagonist’s inner struggle poses the tension: will dependence and conformity (values personified by Arthur) prevail against individuality and rebellion (values personified by Joker)?

“How about another joke, Murray?” Joaquin Phoenix in Joker – written by Todd Phillips and Scott Silver

Spotlight’s unobtrusive and grounded approach to the true story of child molestation being exposed to the world by journalistic fortitude and decency, as borne out by the protagonists’ heroic culmination, is far removed from the highly-stylized and violent Joker – though Joker takes a much more real-world look at a villain’s genesis than other comic book fare. The tragic culmination of the protagonist’s inner struggle (within the context of the story) somewhat bears out another African proverb: “The child who is not embraced by the village will burn it down to feel its warmth.” As the triumphing villain asks: “What do you get when you cross a mentally-ill loner with a society that abandons him and treats him like trash?”

How protagonists ultimately resolve their external and internal conflicts, how those tensions are settled in the end, has a profound bearing on a story’s meaning. Your screenplay’s ending might force the irreconcilable values personified by your protagonist and antagonist to go head-to-head. Whichever set of values prevails over the other – and why – has the capacity to convey an observation about our nature, our world. You may conceive strikingly bold resolutions to your main tensions, endings to your protagonist’s outer and inner struggles that deliver them and others into heroic or tragic aftermaths in ways no one saw coming. Just make sure your choices are thematically-relevant.

Ignoring your script’s meaning, classically the very point of the telling, runs the risk of an empty story. On the other hand, a well-crafted thematic conflict can help to illuminate what the script has to say while deepening an audience’s connection to the protagonists and the story.

Wherever you can create genuinely uncertain, undecided, or mysterious situations – namely the external, internal, and thematic predicaments and conflicts in which we have placed our characters – you can create dramatic questions for the audience. Different genres and story patterns have different approaches, tones, and intensities. Fresh voices, clever premises, and compelling characters can vitally pique our interest. Yet, whether you are writing Hereditary or Paddington, it is tension that engages, exhilarates, and involves audiences for the duration.

The more levels on which a story tries to pin its readers and viewers to their seats, the less chance it has of giving them a boring experience.

Read more about creating tension in your screenwriting HERE. 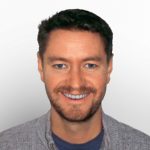