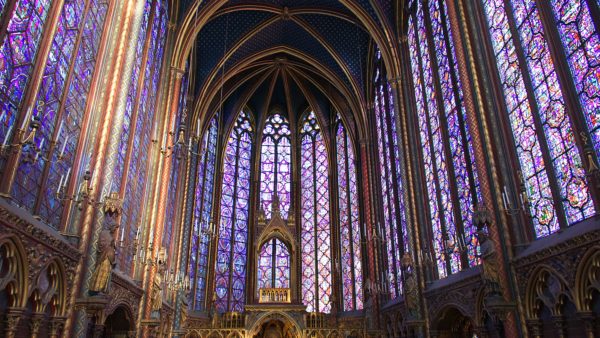 Film and TV writer Roger Wolfson is not the son of wolves. “I have an affiliation with wolves,” joked Roger Wolfson. “I serve as the commissioner of animal services for the city of Los Angeles. As a result, I have managerial authority over all of the shelters and programs within the city. I think that I’ve always connected strongly to animals.”

“So much of what we do is understand and respect the power of words. When you name something, you are setting an intention on top of it and helping create something new based on the name. Having ‘Wolf’ in my name has certainly had a subconscious and unconscious impact on me.”

Wolfson, who has held positions in entertainment, law, and politics, has also worked as a speechwriter for White House heavyweights Joe Lieberman, Ted Kennedy, John Kerry, and Paul Wellstone.

“When I worked for Joe Lieberman, it wasn’t supposed to be a permanent job, because Senator Lieberman is a family friend. But my first real job in that sense was working for John Kerry. He hired me to be his domestic policy legislative assistant and also his speechwriter. So I was a writer and political advisor.”

While working with the Senate as co-council for Ted Kennedy and Paul Wellstone, Wolfson was getting a Creative Writing Masters from John Hopkins University. He knew he wanted to be more creative, but in hindsight, he feels he only pursued this route because Senator Wellstone died in a plane crash.

“That was a moment when I fully had to accept that life is short and I needed to follow my heart a little more. I sold most of my possessions including my condominium in Washington D.C. I bought a sailboat and started sailing about halfway around the world.”

After leaving his past behind, Wolfson ended up in Los Angeles with an interesting resume, an empathetic story, and a Masters degree. “It wasn’t until I wrote a West Wing script that the industry realized I had the chops.” As a speechwriter and screenwriter, Wolfson believes storytelling is in his DNA.

“First and foremost, you need to have respect for the craft,” said Wolfson when asked what it takes to be a screenwriter.“ A story that I often tell the writers I mentor is that I wrote two West Wing spec scripts. The first one I wrote, which I thought was wonderful—I gave it to a writer on West Wing named Deborah Cahn.”

“Deborah read it and said, ‘You can write but this isn’t a West Wing script.’ She rattled off the 5-6 rules about The West Wing that I wasn’t even aware of. My reaction was not to make a couple of changes or ignore the feedback. My reaction was to throw the script away and write a new one.” With the correct formula for the second spec script, Wolfson has a better understanding of the industry and a vehicle to get representation.

For this example, Cahn told Wolfson every West Wing script they govern ideas, where his original version was mainly a character piece. Another rule was to shorten scenes and create an active plot for the sub characters. Due to Cahn’s wisdom, Wolfson said he “entered the cathedral of writing head-bowed.”

In addition to respect for the craft, the screenwriter said perseverance is key. “You need to have perseverance like you’ve never had any other time in your life. You have to just be resilient. When you commit to this industry, you have to be so internally sturdy that you can handle any setback.”

“You have to hone your skill day in and day out. You have to learn how to deal with criticisms and embrace it. Your biggest critics are your best friends,” added the writer. “I seek feedback from everyone—waiters, friends, and people who I know don’t like me, because ultimately unkind critics can help the writing.”

In addition to the criticisms that shaped Wolfson’s career, there were also many positive early experiences. While working on Century City in 2004, the screenwriter watched in awe as Viola Davis uttered words created within his mind. “But, by the time the show got on the air, I was writing for Law & Order: SVU.”

At the time, the screenwriter wasn’t crazy about writing a TV series so dark. His agent suggested writing a new spec script and mentioned writing a spec for House. The original story for House came from the writers of Century City, but Wolfson didn’t follow his colleagues because he was already writing for SVU.

On a time crunch (a.k.a “forced inspiration”), Wolfson decided he wanted to write a more personal story based on failure and his past experiences. “I wrote a script called Shanghai’d about an around-the-world sailboat race on tall ships and I wrote it in three days. I sent it to my agent on Monday.”

“On Tuesday, [my manager] said, ‘We’ve got good news and bad news. We’re not going to use this as a sample, but we sent it out to several agencies and there’s a bidding war going for it and we’re going to sell this for the largest amount in the history of Hollywood for a first time showrunner.”

“The story came from my heart and profoundly original, based on my own experiences from sailing around the world. But it’s also a lesson I didn’t necessarily learn from. The hallmark of my writing is worlds that most people haven’t heard of, like grounded astronauts or billionaire’s assistants, but these scripts take a great deal of time and I have to do a tremendous amount of research.”

“Because I’m addicted to authenticity, I feel the need to get it right. But, as writers, we’re also business people so we have to find ways to maximize our earnings on the fewest possible hours. I have spent more time doing research than has benefited me. One way to resolve that would be to stay tightly within my own wheelhouse and focus on the things I know that no one else knows. Everybody has knowledge that nobody else knows, but very few writers start there.”

If he had to brand himself, he likes to think of being “someone who discovers new worlds.” Within a new world, he fills it with smart characters. Coming from the political world and with various degrees, he feels like the community expects interesting, intelligent work.

“I’m branded as a political and legal guy, but the majority of work that I have sold has been in areas that are not necessarily related to law or politics. My most recent feature is set in the world of Presidential politics and it’s getting great play. So I may be getting a little closer to home these days. You have to learn to dance with your muse,” added the writer.

As a mentor, Wolfson advises young writers to create a brand based on what they know. Then, once established, they can explore new worlds beyond the brand. “First, you have to pick a lane,” he advised. “There are instrumental screenwriters in the community that have nothing on their IMDB page. The industry does not adhere to laws.”

Ego is the Enemy

In hindsight, Wolfson said too much early success could have made him into a “jerk.” For example, his wildly popular screenplay for television never got made, even though it should have. This could have led to mental repercussions. “I can be a jerk sometimes, but with passive failures, I think I become less of a jerk and more thoughtful and considerate.”

“I’m my own toughest critic. It’s a little like a relationship. If you break up with a girl named Dawn, the next girl might as well be called Anti-Dawn (or Night). Whatever you didn’t get right in one script, you’re resolved to get it right in the next one. Over time, once you’ve written 50-60 scripts, you’re kind of ready to get married. You’re mature.”

In addition to internal confidence, Wolfson also has a Rolodex of 200 people he refers to as his “Brain Trust,” who can read and provide feedback on his work. This may include pitch listeners, logline responders, and so on. The list is large because it’s divided into categories (nice, harsh, professional, subject, etc.) and so he can get feedback quickly.

Thanks to this list of people, the work can improve, and the list of readers actually gets more invested in the work. Likewise, Wolfson returns the favor for writers on the list by reading their work and providing feedback. Better yet, by using a long list, some readers may become helpful to a writer’s career unexpectantly.

“Once the work is good, people want to help you out. So many writers worry far too much about networking and far too little about working it out on the page. Ultimately, writing is a written exam. It’s not about class participation or popularity. It’s a written exam. Show up with the pages and you’re hard to stop. Most people can tell by Page 1 whether they’re in the hands of a good writer or not.”

State of the Industry

At this point, there are more opportunities than ever before for screenwriters. This feels like a great career opportunity, but it’s not necessarily the case. Rather than letting more and more people into the industry, it’s really more of an opportunity for successful writers to work more, make more shows, and earn more money.

“The writers’ rooms are getting smaller and more shows are being written by one person, the creator. I think you’re starting to see the demise of a world-class writer. Just as political haves and have-nots across the country, we’re seeing that in our industry. I think you’re also seeing more diverse voices – and I’m trying to be diplomatic here – but that also means it becomes harder for white, male writers to break in.”

“I’m not saying that’s a bad thing, but it is a reality people have to face,” Wolfson added that this is also an opportunity for white male writers to examine their own history of privilege. “When they do succeed, they can be more sensitive and have more of a range when providing a wider variety of character and issues.”

At the core of Wolfson’s work, he believes the soul of each piece was created with the intent to make the world a slightly better place. “It’s kind of fundamental. My veganism. My mentoring. The writing, itself. The political work. I do fail and I’m not always as evolved as I should be, but that doesn’t mean that the intention isn’t there because it is and it’s the core of everything I write.”

“Everything I do, I want to be a statement,” concluded Wolfson, who thinks of himself as a “Speechmaker” rather than a speechwriter, and named his company accordingly. “I want to have significance, raise consciousness, and this doesn’t mean I always succeed, but I do always try.”