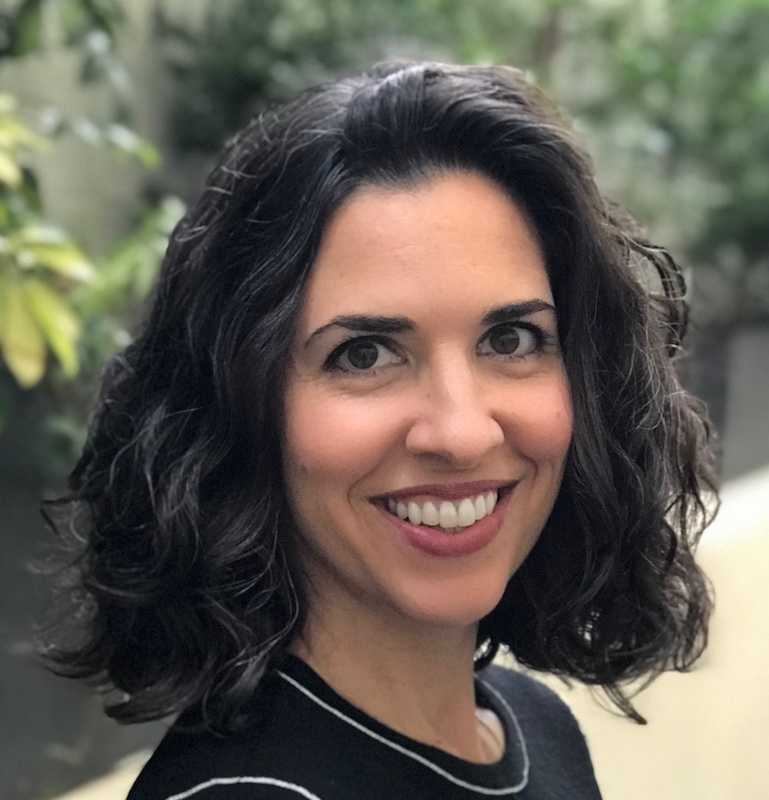 On Variety’s list of “Top 10 Screenwriters to Watch,” you’ll find the name Jac Schaeffer. Known for TiMER, Olaf’s Frozen Adventure (short), a remake of Dirty Rotten Scoundrels called The Hustle, and Marvel’s next hits, Black Widow and Captain Marvel, Schaeffer certainly seems to be making a name for herself in screenwriting circles. Despite her admirable accomplishments, she can’t figure out how she made it on this coveted list. We call modesty!

“I went to film school and then started working as an assistant for a television producer. While I was there, I wrote a feature and left to go and make it,” remembered Jac Schaeffer. Describing the experience as “jumping off a cliff,” she knew she ultimately wanted to write and direct, which led to her debut feature film, TiMER.

The film, which stars Emma Caulfield Ford, focused on a clock that would count down to the moment you met your soul mate. The writer-director called in favors from film school friends to get the movie made. Helping to make each other’s films is part of filmmaking camaraderie. While TiMER was successful on the festival circuit, there wasn’t an immediate second film in the works. During this gap, the screenwriter polished her own scripts and kept working to improve her craft.

“I put everything into THE SHOWER. I was so motivated to disprove a lot of misconceptions about women and the action/sci-fi genre — about the characterization of women on screen, about women behind the camera, about what female audiences are interested in seeing. I had this ax to grind and I poured it onto the page. It was really gratifying when it landed on The Black List.”

The Shower has been described as Attack the Block meets Bridesmaids. The story follows the attendants of a baby shower as a meteor shower rains down alien creatures in the suburbs of Oak Valley.

Making Your Own Luck

“The Shower was the last spec script that I wrote,” confessed the screenwriter. “Since then, I’ve been taking writing assignments. What I’m realizing is that it’s a real gift to have the space to write a spec and to not be hounded or distracted, or feel the need to grab other assignments.”

At the time, Schaeffer defined herself as a director and she wasn’t passionate about the romantic comedy projects being sent her way. This led to her writing the science fiction action film, The Shower to debunk female writer-director stereotypes. “At the time, Kathryn Bigelow was the only female director people could name off the top of their head. She’s a bad*ss, but I wanted to prove I could write something funny with female characters and heart-pounding action. I couldn’t get it on the page fast enough.”

“When you’re frustrated with your regular life, you can use the page to exorcize those demons and feelings. It can be cathartic. I was just hitting against the same walls in the industry, but that’s not entirely the fault of the industry. I felt like I was trying to put myself in different boxes [film genres] and not being successful. I wrote The Shower from my own heart and my own authentic voice.” This proved to be a winning strategy for her.

In addition to writing out of anger and frustration, Schaeffer has also written out of pure passion and joy. Writing from emotional extremes can generate screenwriting gold.

After TiMER, Schaeffer wrote a short called Mr. Stache (Rich Sommer, Amy Smart). The movie was commissioned to honor Tribeca’s 10th Anniversary Film Festival. She was fortunate enough to simply receive a check, pick her crew, and put together the film, which was based on an idea from John Nash.

“It was so delicious to go from making a feature film to make a short, which suddenly seemed so doable. Because I was just in production, I pulled the people I loved and I got to correct some of the mistakes I had made in my feature. And do it all for fun. It really felt like the pressure was off and everything came easily from that one. It’s a delicious little piece of candy.”

The screenwriter generally focuses on comedic stories that involve female characters. She appreciates science fiction and fantasy realism. “I’ve had some luck because my original scripts are genre mash-up. The Hustle is a comedy, but Black Widow is action-adventure. Both films are female-led and feminist in nature, which is a cause of mine.”

Schaeffer bounces ideas off her managers to help her decide what to write next. They are an immense support in shaping her screenwriting career because she handles the screenwriting while they handle the business.

For Schaeffer’s latest project, The Hustle,  she’s teamed up with director Chris Addison (Veep) to reboot the Steve Martin-Michael Caine film, Dirty Rotten Scoundrels. In the original version, two down-and-out con artists created a loser-leaves-town scenario to see who can scam the most money from a single person.

“I would call The Hustle a gender-flipped remake. It’s structured like the original, but the two male protagonists are now women,” added Schaeffer. “I had met with Rebel Wilson (Pitch Perfect) about some other projects and she was producing this one. She asked to meet me and we spoke about my approach to the material. She hired me and made it happen.”

The film also stars Anne Hathaway and Tim Blake Nelson. “It happened really fast. It’s not something I might have sought out because I’m a fan of the original and it’s a bit of a sacred cow. The pressure of that was intense, but the train was leaving the station and I was lucky enough to have a seat on it and stay on it.” Choo choo!

For this remake, the screenwriter wanted to dissect how women manipulate men whereas the previous film focused on men manipulating women. “It seemed to me that it would be much more complicated for women to be separating men from their money since we weren’t doing the gold-digger, sugar daddy scenario. These women are smart, it was more conniving, and there are more theatrics than the original.”

Rebel Wilson wanted to stick to the ideas that worked in the original film, but there will still be an array of surprises for fans. “The characters were reimagined and the dialogue is entirely new. There are one or two lines from the original film.” Schaeffer was the only writer on this version, but the original writers also received story credits.

The Power of Storytelling

“For me, storytelling is my favorite way to connect with other people. That’s what I’m always trying to do. I’m trying to make something where people look at it and go, ‘Yeah, totally.’ I always think that the magic behind storytelling is that there are no limits. The question of “What if?” is enormous, but it can also be answered.”

She always wanted to be a director because she loved the idea of presenting a complete picture of a story. The idea of envisioning a story and then bringing that vision to reality enticed her into filmmaking. It wasn’t until she followed the pursuit that she realized the agonizing truth of getting a vision on the big screen, but there are also happy accidents where the final product is better than what she envisioned.

“I think that part of the reason that I have succeeded as a writer is because I write like a director. I don’t write a shot list. Like all good writers, I totally immerse myself in the scenes and I write very visually,” she added. In addition to the visual nature of her scripts, the readability is also important for getting a script made.

“I am enamored by other screenwriters when their story is surprising, but feels right. I’m surprised, shocked, dazzled by their screenplay. I lean forward, but it doesn’t go off the rails. The story stays just ahead of me,” asserted Schaeffer. “In my personal screenwriting game, I think I need to improve on that, but wordsmithing, in general, is key.”

“In the past few years, I’ve found I have an ability to be alone in the room, but I’m also good in the room with actors and producers. I have learned how to synthesize people’s ideas with my own to deliver something that makes everybody happy and can get everyone excited.”

Her final musing to her fellow writers, “Come up with a cool idea and make sure you deliver on it. Write to entertain yourself and the people you love.”