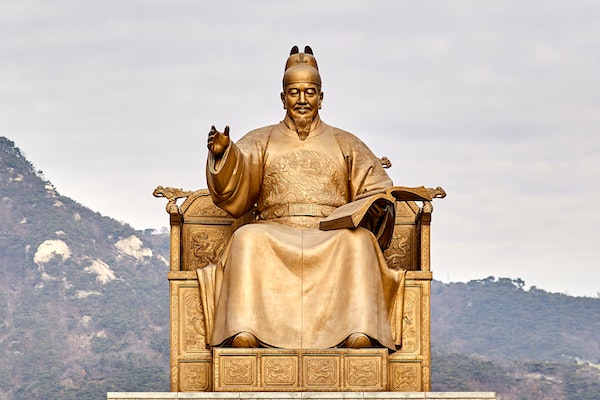 We’re exploring the King archetype in our series of male characters.

The king is the most powerful of the male archetypes, as its name suggests. They are the rulers of their story kingdom, but also the judges. They yield tremendous power, but also mete out justice. As with the warrior archetype, kings are also susceptible to abusing their positions. Consequently, their power must be kept in check by the warriors and the other archetypes. After all, a king can sentence someone to death on a whim, so their judicial responsibilities and implications are serious.

Their worldly wisdom allows kings to become ideal judges. That is why many kings are physically separated from their communities as they rule them. They live in ivory towers, castles, or even in the heavens.

Since kings have experienced the other archetypes to reach king status, they are well-equipped to make fair judicial decisions both as praise and as punishment. Their roles as Chief Justices are to maintain order through laws, rules, regulations, and guidelines. Kings should lead by example and follow the same rules as their communities. Good kings should lean toward being a guiding force rather than controlling, which inevitably leads to rebellion.

Kings do not necessarily have to sit on a throne wearing robes. They can express their power in more subtle forms through influence, advice, and mentorship. As such, many king archetypes can be defined as a savior or a sage. In their more extreme forms, kings subject themselves to sacrifice for the greater good of their communities. They typically die of old age or are killed in battle. But more often, they simply cut ties with their communities and move far away. Once their current role is complete, their status changes. Although they physically distance themselves, they aren’t necessarily relegated to useless status. Sages often live in solitude and are tracked down via long and arduous journeys for their advice.

Since the king is the apex of the other male archetypes, he has remnants of them. They are considered to be mature male characters and live with the greatest integrity to the fullest expressions of their masculinity.

With respect to their personalities, kings are steadfast, resolute, decisive, and fair. Their chief goals are stories is not to control others, but to provide protection, harmony, and order to his people. He insulates them from the external chaos. While they may not always afford protection themselves, they act as the chief strategist to protect their clan while minimizing losses.

Another key tenet of the king character archetype is the temporary nature of their status regardless of whether they earned it or it was bestowed on them. They are stewards of their authority for a fixed period of time, much like elected government officials. They know when it’s time to step aside and graciously hand over the baton to their successor. Since their time as kings is limited, they strive to leave behind a legacy for both their successors and their communities at large. This can be something tangible like a monument or something intangible like an idea or attitude. So long as it’s something that can be passed along generations for the greater good.

King archetypes are considered the center of their worlds. This centering is both physical and spiritual and keeps their people grounded. They are the ones the village turns to in times of crisis such as an enemy attack, a reduction in resources, disease, environmental crisis, or a deep malaise. The king must remain clear-headed and strategic especially when those around him panic. They are stoic and unflappable, but not infallible.

Some king archetypes have achieved god or demi-god status. Their centeredness may be in the sky rather than on earth. These elevated kings are often referred to as Shamans and act as mythological intermediaries between heaven and earth. They operate on a higher spiritual level than ordinary men and can perceive concepts beyond the comprehension of typical men. Shaman kings typically show the path to their communities by posing questions rather than giving answers. Their wisdom lies in empowering others.

Aside from rulers and judges, kings are also associated with creation. This can refer to artistic creativity, physical constructions, crop yields, and fertility. It is not enough for kings to simply enjoy the fruits of their creative endeavors, they must inspire and guide others to do so as well. This is another role of the mature male.

The tyrant is narcissistic, incompetent, destructive, and tries to aggressively uphold a delusion of absolute strength, power, and control. Internally, they are paranoid feel threatened by anyone they perceive as trying to threaten their status. A tyrant conceals their weakness and insecurity with a false display of imaginary strength.

A weakling prince does the opposite, by ceding their responsibilities onto others. They are too immature to handle the power bestowed on them.

Read the other male character archetypes in our series – Lover, Magician, and Warrior.