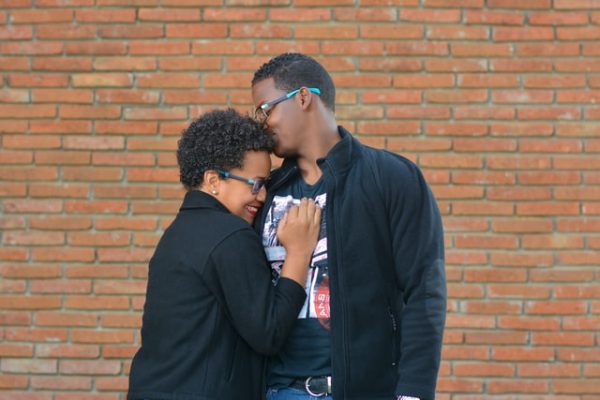 The next male character archetype in our series is the lover. Ostensibly, these characters are primarily driven by heightened animalistic passion, desire, lust, and sexuality. There is more substance to the lover archetype than romance and sex. They are deep empaths that tap into the untold feelings of those around them.

Lovers process life events differently than warriors and kings as a counterbalance. They rarely see things in black and white and can entertain opposing viewpoints.

While kings and warriors tend to favor their physical prowess to protect and serve others, lovers tend to think and feel. That’s not to say some lovers aren’t muscular in their own right. Physicality isn’t their preferred way of expressing themselves.

Lovers are the quiet, reserved male characters who generally speak when they need to, but are completely attuned to what’s going on around them. They possess wisdom, emotion, and empathy which makes these characteristics excellent complements to kings and warriors.

The lover archetype is often dismissed as weak and inconsequential, but lovers can make powerful leaders with great power. They can compromise and end wars and suffering.

They are the kings and warriors that lead from behind by inspiring and motivating others. They often display a great deal of flexibility in their methods which is in contrast to the rigidity and structure seen in warriors and kings.

The lover archetype displays great strength and vulnerability through these traits which make them suitable for mentor/ fatherly characters. Gandalf in Lord Of The Rings is a prime example of a mentor to Aragorn, as is Yoda to Luke Skywalker in Star Wars.

Many artists of all descriptions are depicted as lovers in films. These male character archetypes are frequently drawn as dreamers –  impractical, fanciful, passionate, and idealistic.

The lover archetype can also populate the opposite end of the spectrum and simply show a great propensity for love – for family, friends, their work, their pets, and their communities at large. These characters, the family men, operate from a place of deep emotion and understanding of humanity.

Not all male lovers need to have much character depth. Writers should ensure they aren’t so shallow that they can’t be taken seriously enough for audiences to connect with them.

That is why male lover archetypes also need to be examined beyond their face value – more than mindless purveyors of steamy romance and hedonism.

Consider the steaming, shirtless hunks including Kristoff (Jonathan Groff) in Frozen or the high school jock, and contrast them to the timeless romances of Ally (Lady Gaga) and Jack (Bradley Cooper) in A Star Is Born. These male characters are more than eye candy. They embody sensuality and their roles elicit passion and emotion by stimulating all five senses.

They have deeper feelings of giving and receiving love as a measure of unity and completeness. They represent commitment and spirituality.

Lovers act as a potent antidote to the seriousness of many warrior and king archetypes. They remind them to play once in a while.

The love archetype is most often associated with positive feelings. They can also be linked to negative feelings of sadness, grief, loss, and fear. These traits elevate the king and warrior archetypes since they tune in to social queues and the mood of their communities. This can sometimes make them good leaders.

As is the case with all the male character archetypes, the lover also has two shadows – the addicted lover and the impotent lover.

The addicted lover is restless and constantly searching for the next best person or experience to give him a thrill. They are adrenaline junkies who are often impulsive, shallow frequently left unfulfilled internally. Addicted lovers are addicted to the idea and processing of obtaining rather than the actual obtaining itself. Consider Jay Gatsby of The Great Gatsby fame. He is so enamored by Daisy Buchanan and creates a massive illusion of fun, frivolity, and fortune to win her affections. However, when he does, she does not live up to his fantasy of Daisy and disappoints him.

Many noir characters fall into the category of impotent lovers. They are withdrawn, flat, undisciplined, and stuck in a rut. They have a gloomy outlook on life, marginalized and isolated.

Read the other male character archetypes in our series – Magician, King, and Warrior.