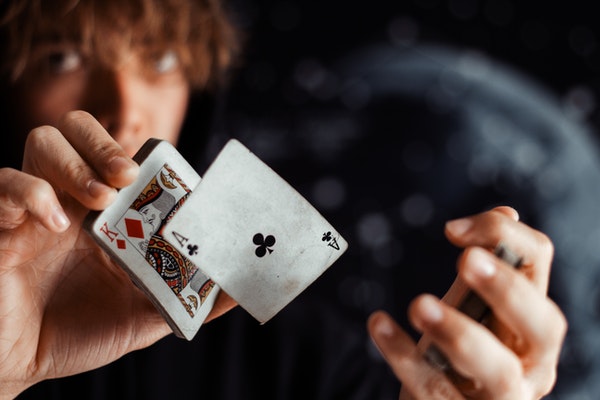 Now that we’ve explored the Warrior, the King, and the Lover male character archetypes, we can discuss the fourth and final in our series on these characters – the Magician. This archetype is arguably the most playful and underappreciated of them all since they are considered the bridge between boyhood and manhood and are frequently found in coming of age stories.

Magicians commit their lives to explore their curiosity and sense of wonder. They are eternal students of their craft, but never an absolute master. There is always something to learn, even as these characters age. Magician archetypes sit at the precipice of logic and emotion, fantasy and reality, and empathy and intelligence. Steve Jobs is the quintessential magician character, engaging in pursuits everybody thought were too crazy to work. Undeterred, he followed his passion and created the most valuable tech company to date. He believed the impossible dream was indeed possible.

Magician male archetypes are deeply spiritual and perceive themselves as a conduit between heaven and earth. Some magicians have loftier goals and see themselves as co-creators of the vastness of the universe. They are driven by the limitlessness of their imaginations. They are knowers of the unknown, seers of the unseen, keepers of secrets, and weavers of narratives. Magicians tinker with alchemy and mystery beyond the realm of regular folks.

Although there is some character overlap with the dreaminess of lovers, magicians straddle the stark contrasts of practicality, materialism, tangibility, and realism. They possess knowledge that is generally inaccessible to the public. Their life’s work is to use their genius to add to this knowledge for the good of all. Part of their mystery and intrigue is deciding who is a worthy recipient of this coveted knowledge and when wider humanity is ready to receive it.

Although king archetypes have an elevated status alternating between wisdom and empathy, magicians balance their intellectual talents with their spirituality. Their cerebral powers often depict them as sages, elders, wizards, healers, shamans, or prophets. Mr. Miyagi, expertly portrayed by Pat Morita in The Karate Kid is a prime example.

The magician archetype is a visionary and is instrumental in causing other characters to manifest into higher versions of themselves. They represent growth and transformation.

Magicians can be both showmen and scientists – more interested in extending themselves than thinking about what they have created and how it impacts humanity.

These male archetypes make great mentors due to their ability to teach youngsters to explore, question, and believe in their curiosity – often without them realizing it. They are often eccentric loners dabbling in toys, candy, books, and other fantasy worlds. Willy Wonka is a classic example in Charlie And The Chocolate Factory.

Superheroes possess certain magician traits in their characters by virtue of dual identities. They can be mild-mannered reporters by day and saving the world after five o’clock. These magicians wear masks and are masters of disguise.

Magicians are highly sure of themselves, but not to the point of arrogance. They too experience self-doubt and severe setbacks like all regular folks to remind them they are human. Failures are a factor in achieving success.

The shadows of the Magician are the Manipulating Tricksters and the Denying Innocent Tricksters.

The quintessential trickster is the Joker in Batman or Loki in Thor, who create and relish chaos for the sheer sake of it. Their goal is to destroy and confuse in direct opposition to the magician’s goal of creating for the sake of creation. Manipulating tricksters don’t want to supplant the current authority or even take over the role of king or warrior. They want to create uncertainty and misery for others.

Not all tricksters are that aggressive in their pursuit of destruction. They practice the subtler art of deceit, misdirection, confusion, and lying as a tool for survival. Consider any criminal mastermind ranging from Buffalo Bill and Hannibal Lector to crime bosses like Walter White and Tony Soprano.  They would rather remain low-key, but must also be inventive in their craftiness to avoid capture.

We should also mention the tricksters who are little more than carnival barkers – convincing huxters out to make a buck by selling ineffective snake oil. Tom Cruise’s character, Frank T.J. Mackey in Magnolia is an examplar.

The denying, innocent trickster is a magician trapped in a boyhood state. They are enamored by the rewards but don’t want to put in the work. Consider the entitled, spoiled, immature trust fund babies frequently seen in films. They are made to feel special, unique, and important without it being warranted. These characters are disconnected from reality and don’t necessarily want to see the light.

Conversely, these archetypes are also portrayed in movies as goofballs, fools, side-kicks, and best friends. They are childish and often lack the confidence to reach their full potential and tolerate being the underdog. A mature magician is required to help them identify their vision and life’s goal and point them in the right direction.

Read the other male character archetypes in our series – Lover, King, and Warrior.