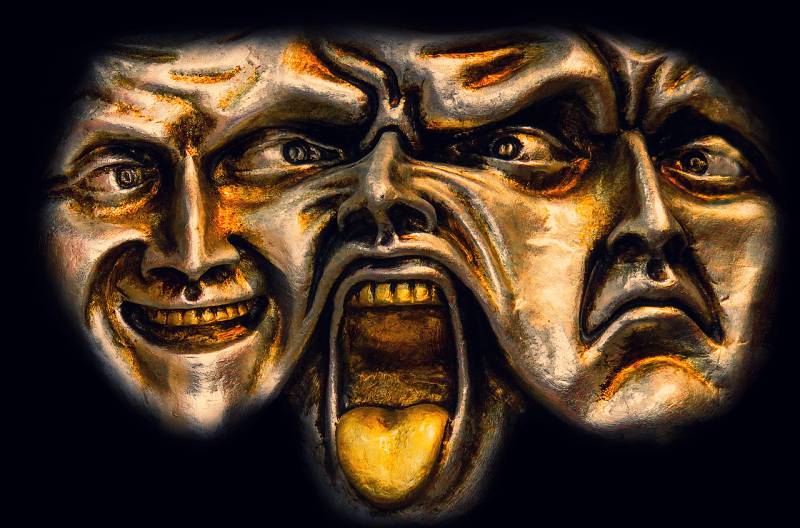 When I was a kid I thought I had Dissociative Personality Disorder.

I always felt like there were three of me; The Innocent Child, The Business Mogul, and the Artistic Genius. I could feel when one of these personalities inside me took over but I didn’t seem to have control over it. I was a weird kid. Still am.

I later realized no I do not have DPD, but this did lead me to one of my most powerful and effective writing tools for dramatists.

Watching a character “decide” is boring as hell.

Not much to look at. But in a good script or novel, a character is making decisions all the time. Often the conflict in a scene is not external but internal. So we must discover ways of externalizing the internal conflict of the character in a way that allows an audience to feel this decision and conflict without using a bunch of stupid words, voiceover or exposition.

This is often a struggle for writers but if you realize that there are many sides to your character that are in contradiction with each other, you can simple treat the scene just like you would a traditional scene. Two characters who have conflicting wants perusing those wants until one overtakes the other.

For example, let’s say Esther wants to sneak out and meet up with Anna. But she also wants to be a good, respectable daughter and obey her parents.  You simply think of Esther as two different characters in this scene and let them take turns perusing their wants.

Now you have a visual, action-based scene that truthfully and clearly brings the audience through the internal conflict raging inside the character without having to write a bunch of shitty dialogue like…

ESTHER
(to herself)
Well, I really want to see Anna, but I know my parents would be mad.

Please, if the conflict in your scene is internal – just rip your character in two and let them take action, going after their tangible wants and the audience will feel it, the story will move forward, and you don’t have to sit through 39 takes of the same line because there are very few actors who can believably deliver such a shitty line.

If you would like to learn more about externalizing internal conflict check out THE STORY LABORATORY.