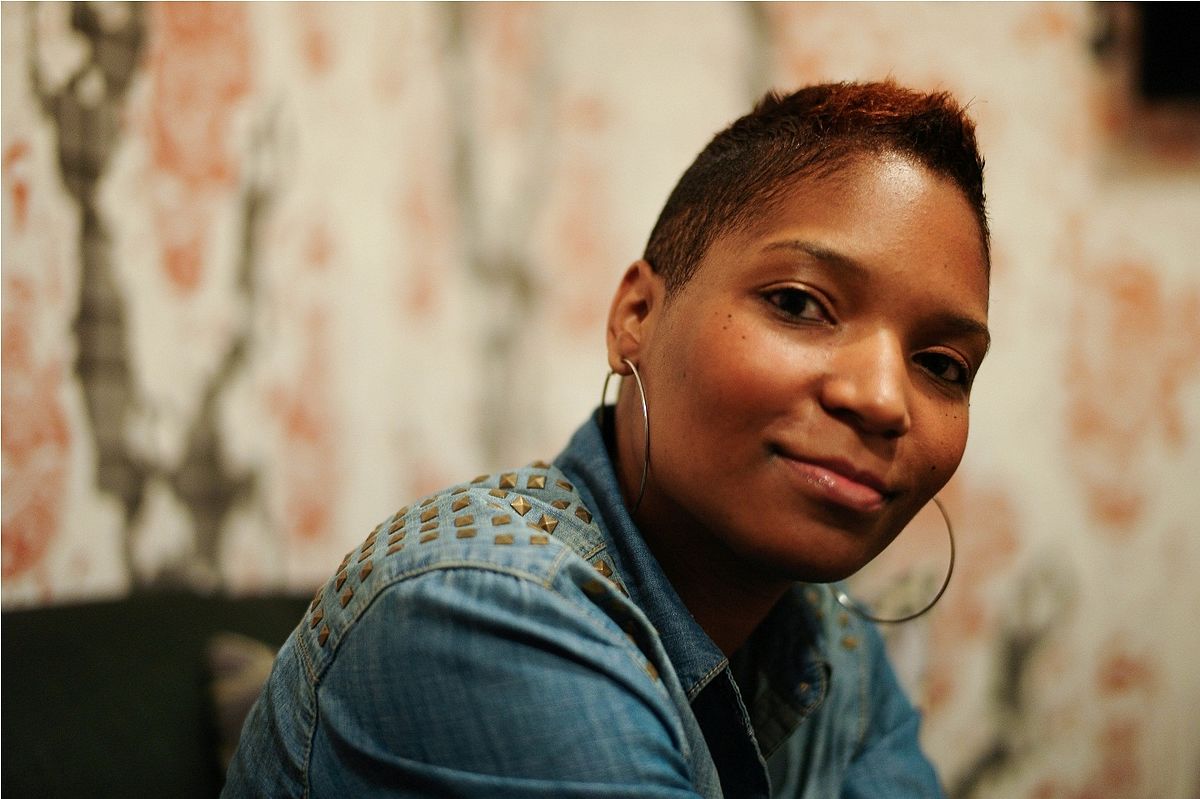 Hailing from Baltimore, Felicia Pride is a true artist. Her talents range from journalism, novelist, essayist, and now screenwriter. In 2016 she was selected as a Film Independent Screenwriting Fellow and in 2019 she wrote an episode of the Oprah Winfrey executive produced TV show, Queen Sugar. She spoke with Creative Screenwriting Magazine about her creative journey.

Bored with corporate life, Felicia Pride wanted to express her “early adult angst” through the written word. “I started writing really bad poetry,” she joked. “In 2001, the Internet allowed me to post poetry and get feedback. There was something about people reading my work that provided validation for my experiences.”

“I got an internship after I graduated from college where I was able to work for a newspaper. I remember the first time my first piece was published, and seeing my name [in ink]. That led me to freelance journalism. Then, after I went back to school at Emerson, I got into a different type of storytelling.”

Moving from profile pieces to long-form articles and books, Pride saw an outlet for “infusing imagination” and “mixing experiences” into her work. “That led me to screenwriting. For me, as a form, it was the economics of journalism from a writing standpoint, or a word standpoint, and the imagination of fiction, then putting those together, and I fell in love.”

Despite early success, writing can be difficult for anyone. When Pride hit a roadblock with the work, she had to get another job to support herself. “I got a job and I stopped writing. I opened my own consultancy and I was not writing. I was helping other media projects, so I was helping other creative companies connect with their audiences. Part of me enjoys that, but it was also fearful.”

“I was running away from what I was supposed to be doing,” added Pride. “But, because I had this marketing ability and this practical side, I do think of the audience, even with my own projects. I think about what I want to write, but also what will sell, film distribution, and budget levels.”

The tightrope, of course, is balancing the two sides of the brain. “The artist in me still has to be a little bit ridiculous in order to pursue art. So I have to think about the marketplace, but still push forward with the project when I believe in it. You have to understand what sells, but know what you need to make happen [creatively].”

This was the case for Really Love. Pride wrote the first draft of her screenplay ten years ago while living in the Baltimore area. “The ridiculous artist in me believed this movie could be made. Push forward ten years, I finally found the director, Angel Kristi Williams. We believed we could sell the project and that’s what we did.”

When developing a story for an audience, Pride said she looks for “gaps.” Specifically, she said, “I look for micro-audiences within macro audiences that are not being served. For me, I feel like one audience that could use more content is Gen X, particularly in the black audiences.”

In addition to context, it also matters how and when content is presented. For Gen X, as Pride mentioned, many younger people are more likely to watch a YouTube series or streaming series rather than basic cable or regular television. “I also think about form. Is this a book? Is this a mini-series? Is this a feature?”

“It’s important to know your audience, but also how your audience will engage with that content. But also, what they buy or tend to buy. Netflix is so big it feels like they buy everything, but you know the difference between an HBO show, and a Showtime one, or an NBC show and a Netflix one.”

“Even before Black Panther, Hollywood was snatching up books by black authors or about the black experience, but I don’t think they were matching it with the right people who were bringing it to screen. Now, I think they’re getting better at understanding how to adapt a property and connect with the right collaborators.”

“Now, I think it’s opening up where black female directors – and I hope to be one of them – can be thought about as directors. But, on the flip side, having us be proactive about going after properties is one thing I’m interested in. It’s hard because rights owners may have something you want, but it’s too expensive.”

Businesses-minded as always, Pride said there are also properties that were bought in the past, but not brought to screen, so those stories may be purchased for less now simply because you’re coming in with a “fresh perspective.” She joked, “It’s opening up, but it’s also understanding how much Hollywood loves source material. If they have something physical in their hand, they just feel better.”

“Adaptations are tricky because you have characters and worlds that have already been developed, so there’s also the push and pull of staying true to the property, but you see opportunities to open up the world or change characters, or make it contemporary or breathe your own vision into it. You have to do what best serves the story and how the story will be experienced.”

Books and television are quite different forms, but it’s vital that both versions are “riveting.” Pride said it feels easier than it is, but when she looks for books to adapt, she’s considering a few aspects of the story. Is this a world she hasn’t seen in cinema? Are these characters never before seen? What aspect do you love from the source material?

When Pride is ready to map out a project, she steps back into her business persona. “My whole life is in Trello,” she joked. “It allows you to do a lot of different types of organizing. I keep lists for each project to list ideas. Things I’m thinking about. I also like to have visual ideas that relate to the project and I have a system of how I keep multiple projects moving forward.”

Through this business approach, Pride is more likely to get the work done when she has scheduled it, but we all suffer from procrastination from time to time. “For the most part, I’ve gotten to a point where I have a healthy relationship with the work. I don’t really need motivation to start because I’m excited. I have an urgency because there are so many stories I want to tell.”

“That’s also because I stopped writing for so long. I know what it is not to write and I have no urge to go back to that [dark] place. But when I’m procrastinating, I do try to read. Reading is always a great go-to when I need inspiration. There are ebbs and flows, but at the end of the day, it’s going to get done. There’s faith in that which comes from finishing projects. I have a past of finishing projects, so I know it’ll get done.”

Currently, Pride is in the drafting stages of a new feature screenplay. “It’s a personal story inspired by my mother, my sister, and my niece, so I’m excited about that. I’m also actively looking for source material to adapt so I’m developing a few other projects, then I may still have a book left in me about my mother and his side of the family, along with the history of Baltimore.”

“I still consider myself up-and-coming as a perpetual student, but one piece advice that has been important for me is a pure relationship with the work. The work is from which everything springs – joy, creativity, freedom, money.”

Pride concluded, “So I know how it is to have a dysfunctional relationship with the work or make it have to financially support you, but stripping those [barriers] away has opened up things for me.”