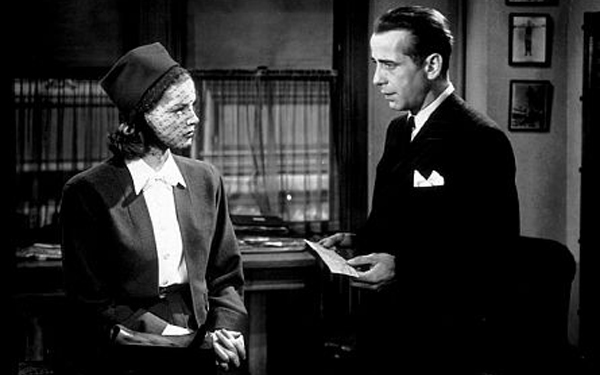 The Nice Guys follows private detective Holland March (Ryan Gosling) and thug-for-hire Jackson Healy (Russell Crowe) as they team up on the trail of a missing girl – a case which leads them deep into the seedy underworld of 1970s Los Angeles. Shane Black and Anthony Bagarozzi’s script uses a lot of film noir tropes; one of the most prominent of these is the complex, spiralling plot into which our heroes are drawn.

But on top of this plot, the film focuses on the way the case develops the characters of March and Healy, and on the buddy humour dynamic between the two – a lot of levels for a script to have to work on. In order to explore how the screenwriters balanced these elements, it’s useful to look back on some of the film’s antecedents, starting with one of the cornerstones of the noir genre: The Big Sleep.

Directed by Howard Hawks and written by William Faulkner, Leigh Brackett and Jules Furthman, is adapted from a novel by Raymond Chandler, perhaps the best known author of hard-boiled detective fiction. Humphrey Bogart plays Philip Marlowe, Chandler’s iconic detective, who is hired by the elderly General Sternwood to find out who’s blackmailing his daughter.

It’s a case that keeps on escalating and soon involves several murders, a casino run by a gangster, and the gangster’s missing wife. Chandler’s novel also has Sternwood’s blackmailed daughter involved in the pornography business, but the Hays Code demanded this was only alluded to in the movie.

Fans of the author will all agree that Chandler was an expert at plotting out a mystery; in fact, he wrote his own ‘Ten Commandments for the Detective Novel’ (published in The Book of Literary Lists: A Collection of Annotated Lists, Statistics, and Anecdotes Concerning Books, edited by Nicholas Parsons):

The Big Sleep adheres to these rules; character motivations are clear, methods of murder never test belief, and the villain gets his comeuppance. Plus, the reveals are well paced, and elements that will later become relevant (such as the absence of Sternwood’s former employee Sean Regan) are planted early on, as well as some red herrings – indeed, the initial blackmailing plot is itself one huge red herring, largely unrelated to the final revelations about the covered-up murder of Regan and the other blackmail which has been going on regarding this murder. If you can get your head around all that, it’s a satisfying ending.

But if you can’t… well, don’t feel too ashamed. The Big Sleep most definitely follows Chandler’s sixth rule, and arguably breaks the fifth; the notorious complexity of the plot can be seen as a burden.

There’s a famous anecdote about Bogart asking Hawks to clarify whether Sternwood’s chauffeur Owen Taylor had been murdered or had killed himself, and it turned out no one on set actually knew. Hawks sent Chandler a telegram, only to receive a reply saying the author didn’t know either.

This amusing example points to a larger contradiction going on with the story of The Big Sleep – viewers having just seen the movie for the first time would be hard pressed to recount all the plot’s twists and turns, which did lead to some negative reviews from confused critics upon its release, and yet the film is still regarded as a classic.

In his ‘Great Movies’ review of The Big Sleep, Roger Ebert got to the heart of why this is, asserting that the movie is “about the process of a criminal investigation, not its results”.

The appeal of The Big Sleep, then, is not in one Poirot-type moment in which all the plot strands come together, but in watching Marlowe go about his business. As Alan Moore says in his essay Writing for Comics:

The thing that one is left with after reading, say, The Big Sleep, is not so much a detailed memory of the turns of the plot but rather a vivid picture of a weary but unflinchingly moral character trying to come to terms with a moral twilight world … Chandler’s point in most of his fiction seems to be in conveying this sense of the world through the perceptions of Philip Marlowe … The plot is there as something more to move the reader’s interest through this world, taking in the sights, and to provide an illustration of the way events seem to work in this harsh and treacherous landscape.

And isn’t this the same point Chandler was making in his fourth commandment?

Moore was talking about Chandler’s novels, but the point applies doubly to the film adaptation; after screening the first cut in 1945, the producers decided to re-write and re-shoot some of the movie in order to develop Lauren Bacall’s character and to utilize her flirtatious chemistry with Bogart – the ‘Bogie and Bacall’ phenomenon. Thus, a long expository sequence in which Marlowe and an employee of the District Attorney go over the details of the case was removed and extra scenes between the romantic leads added – a clear example of character trumping plot.

The added scenes include this interaction in a nightclub, as euphemistic as 1940s Hollywood would allow:

Well, speaking of horses, I like to play them myself. But I like to see them work out a little first, see if they’re front-runners or come from behind, find out what their hole-card is. What makes them run.

I’d say you don’t like to be rated. You like to get out in front, open up a lead, take a little breather in the backstretch, and then come home free.

I haven’t met anyone yet that can do it. Any suggestions?

Well, I can’t tell till I’ve seen you over a distance of ground. You’ve got a touch of class, but, uh…I don’t know how – how far you can go.

A lot depends on who’s in the saddle.

And with sauciness like that, can you blame viewers for not remembering who killed whom?

The Coen brothers’ The Big Lebowski is also inspired by Chandler’s work, taking similar plot elements to The Big Sleep – an outsider protagonist takes on a case for a rich and wheelchair-bound old man, leading him into the seedy LA underbelly and to encounters with the man’s rogue daughter and a dangerous pornographer – and also adding in the genre of the stoner comedy. Jeff Bridges plays Jeff Lebowski, a.k.a. ‘The Dude’, who is mistaken for an elderly millionaire who shares his name.

The same main point applies here – of course it’s not the details of the plot that elevated The Big Lebowski to cult status. Similar to the The Big Sleep’s “harsh and treacherous landscape”, here it’s the zany comedic landscape which is the true appeal, in particular the nonchalance with which the Dude bumbles through his investigation and his bickering with Walter, his bowling buddy who becomes a sort of sidekick. Joel Coen himself has described Lebowski as influenced by Chandler in that it has a “a hopelessly complex plot that’s ultimately unimportant.”

And yet, taking heed of Chandler’s rules, the Coen brothers did indeed put a lot of care into the plotting, with all characters having their own motivations, and essential elements such as Bunny’s green-painted toenails and her nihilist friend planted early on, their importance hidden through the veil of humour.

If one part of the film’s first act doesn’t seem to make sense, it’s the millionaire Lebowski choosing to hire the Dude, a situation which stretches credibility and almost breaks Chandler’s first commandment, but this quirk is satisfyingly explained in the final act’s twist – the old man is, in fact, not in charge of his company’s money and wanted the Dude to screw up so he could embezzle it for himself.

And, importantly, these plot twists all work to develop character and build the world; Bunny’s chopped-off toe is important to the film not because it escalates the kidnapping plot but because of the Dude and Walter’s over-the-top reactions to it.

The Big Lebowski’s secret motive is important not because of the satisfaction of the plot falling into place (though it does work on that level), but because it concludes the theme of everyone in this world working against the Dude; he’s an ordinary, honest guy in a world full of treachery and lies.

Knowingly, the Coens allow both the Dude and Walter to acknowledge the increasingly convoluted nature of their circumstances. “This is a very complicated case, Maude, lotta ins, lotta outs, lotta what-have-yous, lotta strands to keep in my head, you know” says the Dude – lying to cover up having lost all the money.

And, of course, when the plot’s taken a dark twist and it’s all getting too much for our heroes, Walter decides it’s not worth the effort any more – “Fuck it, Dude, let’s go bowling.” Just how, as Chandler’s third rule puts it, a real person in a real world might react.

Shortly after the film’s ‘all is lost’ point, when Healy and March have been double-crossed and Amelia has been killed, the two protagonists finally put the pieces together – the short-sighted aunt had in fact seen a projection of Misty’s film, an experimental protest/porno film intended to bring down the car industry.

The scene where they figure this out is, in terms of plot development, very satisfying, as all the clues planted early on come together, and the heroes’ deduction propels them into the third act. But the scene ends on a comic moment – as March and Healy have been discussing how all these pieces fit together, they’ve forgotten to tell Misty’s aunt, standing right next to them, that her niece is now confirmed dead. This comic subversion of the detective trope hints at the true focus of the film.

Which is that, despite the conspiracy story, the film’s intent is not political – viewers are not meant to leave the cinema feeling angry towards the car industry or the government. We’re much more likely to be thinking about the best jokes as we walk out, or the powerful character stories, or even about how Gosling and Crowe make a surprisingly good buddy cop double act.

The plot, as it has been in the movie’s antecedents, is the surface detail, and Chandler’s “sound story value”, i.e. what we’re really meant to engage with, comes through the atmosphere, the characters, and the comedy.

Which leaves us with the feeling that there is an odd dichotomy at work in these three films, and indeed the noir and comedy noir genres. The convoluted, spiralling plot is an important part of the stories, and it’s important that writers of these genres put the work into structuring that plot, with set-ups and pay-offs, and moments where characters and viewers alike deduce the truth; yet, as Joel Coen so bluntly put it, these plots are “ultimately unimportant”.

It can be concluded, then, that writers should not be fooled into thinking plot is everything, but should nonetheless see it as part of the fabric of the noir genre, part of the very particular world that their screenplay should build, with every twist and turn serving character and atmosphere as much as it serves progression towards the next one. 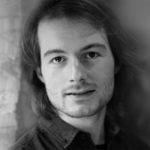