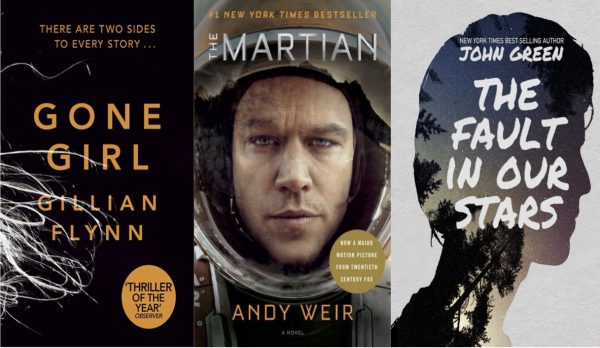 Chris Goldberg started his career as a literary scout for 20th Century Fox where he was involved in the rights deals for Gone Girl, The Martian, and The Fault In Our Stars, all three of which were #1 at the Box Office and #1 on the New York Times Bestseller List. After recently serving as an EVP at Jeff Robinov’s Studio 8, he launched Winterlight Pictures, which is focused on developing quality material across feature film, TV and streaming platforms. He shared his thoughts on the state of the industry with Creative Screenwriting Magazine.

What qualities do you need to become a successful film producer?

Check back with me when I’ve made it as a successful producer! After years behind a desk as a buyer, constantly passing on projects and saying no, I’m on the other side now. The cliché that it’s a “hustle” is a cliché because it couldn’t be truer. You have to inexhaustibly believe in yourself and your projects. Have good taste, especially in people. Early on and throughout, you’re the glue holding a project together. It’s like back in kickball, you want to build the right team and be able to inspire them to keep it together when things get rough and everyone wants to go play on the swings instead.

How did you initially plan your career before you were the Director Of Literary Affairs at Fox?

I didn’t really have a plan for my career. I studied English and Creative Writing at NYU and dabbled with being an on-set PA and an assistant editor when I realized I was most drawn to the “idea stage” of projects. How are they generated?  I’ll never forget I met director Whit Stillman when I first interned with Fox’s legendary literary scout Drew Reed. Stillman told me if I wanted to write, I should go get a job at a gas station and spend all my free time actually writing. He predicted I’d never write a thing if I spent my day job reading books for a studio. He was 100% right. Being a literary scout shaped who I am, but our team was so successful at Fox in that niche role that it became limiting.

It took me a lot of time after moving to LA to break out of that bubble and that rebirth wasn’t easy. As a producer, I’m still using my scouting muscles but now I’m firing on a bunch of different creative cylinders too. For the first time since college, that also now includes writing.

During your tenure at Fox you successfully obtained the rights to various successful films based on their novels on the New York Times Bestseller list. How do you compete given that so many producers acquire IP from here?

The literary scouting business has evolved during my career.  It used to be that a producer like Scott Rudin would read a rave review in the New York Times and literally call the agent and option the book that day. That happens less and less now. Books are read a year or two before publication almost as soon as agents submit them to publishers.

Companies are hungry for IP, many of them have good scouts, and it’s very competitive. With so many great authors like Gillian Flynn and Dennis Lehane all writing directly for TV, there are even fewer books that feel ripe for adaptation. My instincts and relationships in the publishing world in the US, UK, and beyond put me in running for those fish sometimes, but I also recognize the value of older books that were overlooked or an obscure short story with a great concept.  I also like to work with journalists to engineer IP out of a true story by developing an article with them.

What’s the most unusual place/ event that triggered a film idea for you?

There are so many!  One of my biggest passion projects came to me while I was sitting at a bar in Bocas del Toro, Panama. The bartender told me I was sitting in “Wild Bill’s seat.”  I was like: “Who the F is Wild Bill?” He then told me one of the most insane true crime stories I had ever heard, about an American serial killer in Panama. Eight years later, I’m still trying to bring it to the screen. I optioned the definitive book on the subject and have life rights to the guy I see as the main character in my version of the story. I have a writer working on a script now.   There’s a lot of discoveries like this – it’s one of the most fun things about my job.

Should the author of a novel generally write the screenplay, or at least the first draft?

It really depends on the writer and the project.  It used to be kind of frowned upon and less common; seen as separate skill sets. In a lot of ways it is. But times have truly changed. As I said, so many successful authors have made the transition to the point they aren’t even writing books anymore, which is kind of sad for the publishing industry and those of us who like novels.

But storytelling is storytelling and a lot of authors have proven they can write in any format. I would ask the author if they really want to spend months or years reworking a story they have already written into a screenplay, or would they rather write something new?

Apart from a successful novel, what attracts you to a story you can potentially produce into a film?

First, an idea has to really grab my attention and make me stop and say: “Huh, that could be something.” That’s not easy given how many pitches, submissions, and loglines cross my desk. As a producer, I have to be practical. Do I think I could go out and sell this to a studio, financier, or a streamer? Could I attract great filmmakers and writers with this? Are there great roles actors will want to play?  If it does feel viable, does it stand out? What will make it feel fresh? Does it bring something new to the genre? Do I personally want to spend years of my life going into battle for this story facing one rejection and hurdle after another?

Is the studio model for exploiting existing IP still the norm, or is there currently more room for original stories?

I think we are still in peak IP time.  That’s one reason I started my own company Winterlight Pictures. There’s an unquenchable thirst for IP and I’ve spent my career finding IP. The consolidation and corporatization of movie studios have made big original swings exceedingly rare.  That said, we all have to wonder at what point true franchise fatigue will come. Star Wars and Fast And The Furious were originals at one point. We can’t keep on remaking this stuff forever without replenishing the pot, right? I sure hope not.

You helped run ex-Warner chief Jeff Robinov’s Studio 8. How did you evolve as a producer during this time?

There’s no way I could even attempt to be an independent producer if it weren’t for my experience at Studio 8. Jeff gave me an enormous opportunity to break out of literary scouting and be a development executive overseeing projects with amazing filmmakers and screenwriters.  It was an intense learning curve for me – there are really only a few people who have made a similar transition – and it was not easy. Being at a bold and ambitious start-up was the exact opposite of my very structured and limited role at a big studio and you learn more when you take big risks and make mistakes.

Also at the time, Jeff generously let me carve out a story about my family which I got journalist Mickey Rapkin to write about in Elle Magazine and we set up at Paramount with director Paul Feig – it was my first time generating something like that as a producer and that helped inspire what I’m doing now.

Starting an independent production company may be seen as a “step down” from the studio system. Do you agree?

I think the exact opposite.  I’m fairly confident I could go out and find a studio job if I needed one. That’s what I’m working so hard to avoid!   If I can be financially stable on my own, that means I will be able to continue to work on projects I’m passionate about and I’ll be free to partner with whoever is best for each individual project all over town – whether it’s a feature film, TV, or streaming.  I am not behind a desk servicing someone else’s taste or business model.  I’m not spending my time worrying about corporate and office politics. I’m focused on my projects and working with all kinds of cool people. This is my dream job

Describe your perfect relationship with screenwriters.

I love screenwriters who have a strong point of view, a vision, and a plan. You want to feel confident that this person can get you to a movie or sell a TV series. At the same time, of course, I want someone who is collaborative, professional, and can bounce back from notes with energy and new ideas about how to solve problems.

The bottom line with all collaborators is you want to find the right person for the project and you want to make sure you’re all making the same film or TV series from the beginning. A great writer and collaborator might actually be wrong for a particular project. I have often had a thoughtful pass on a project from a smart writer, and then soon after found the perfect thing to work on together.

At what point should screenwriters reach out to producers?

This depends almost entirely on your relationship with the producer. I can be excited to jump in at the earliest stages with a script writer I know. If you don’t have a relationship with the producer, at the very least they should have read you and be excited enough to meet you for a general before you start talking about an early-stage idea. Often an independent producer like me can and should be the one to find you that talent, finance, and distribution rather than the writer.

It’s just hard to get us to commit our time to develop something unless we are already fans of your writing and know you well. There are probably exceptions, but that’s my take on it.  If you have a manager, they should be pushing producers to read your writing sample and set a general meeting to start a relationship. Let things flow organically from there.

What are three words that describe your perfect screenplay?

Do you see any overall patterns in the types of stories being told today that screenwriters?

I’m someone who thinks that screenwriters shouldn’t try to necessarily read the tea leaves of what is trendy and what sells at that moment and react to that. Chances are there are thousands of other writers that saw, let’s say Knives Out was a hit, and may now think “whodonits” are *the hot new genre* – and we will get tons of Knives Out wannabes for the next few years. There are many reasons I don’t think that’s gonna work! My suggestion to screenwriters is to avoid that kind of thinking altogether. If you are passionate about writing a story, write it. Make it so good that you start a new trend.

What have you watched recently and thought “I would love to have made that?”

How do you stay grounded and excited in this industry?

As a New Yorker, I wouldn’t recognize my LA self who meditates, paddleboards, drinks green juice, and drives an electric car. It’s ridiculous what this town has done to me. The grounding force in my life is my girlfriend who thankfully does not work in this industry and brings me back to earth every night.