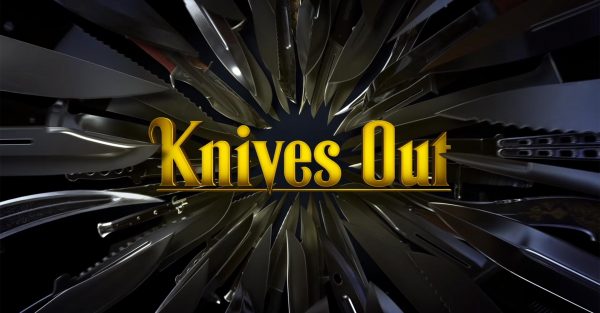 Everybody loves a good whodunnit. How about a whydunnit? A wheredunnit? Whendunnit? Writer-director Rian Johnson embraced all four in his latest film Knives Out. Also known for Brick (2005) and Looper (2012), Johnson has served up his own kooky brand of murder mystery in Knives Out. If Agatha Christie and Angela Landsbury went on a weekend writing retreat with Rian Johnson, this might be the resulting screenplay.

The movie stars acting heavyweights including Daniel Craig as Benoit Blanc (straight from CSI: KFC), Toni Collette, Christopher Plummer, Jamie Lee Curtis, and Chris Evans. Rian spoke with Creative Screenwriting Magazine about the long process of getting his idea onto the screen.

Johnson was mulling the idea for Knives Out for over a decade before fingers met the keyboard. “I’ve always wanted to do a whodunnit and Knives Out was a chance for me to get those ideas into a movie,” said Johnson. He tinkered with a few structural elements such as making his film a period piece of sorts and setting it in America in the present day to give the genre a modern-day makeover.

Writing a genre-fluid comedy murder mystery is no easy feat. “It started out as Columbo that turned into a Hitchcock thriller which turned into a whodunnit,” explained Johnson. “I set out to negate one of the pitfalls of murder mysteries which rely on a strong buildup to a surprise revelation at the end. I added a stronger structure to it.”

Johnson was mindful of not making Knives Out a comedy. “I wanted to walk a careful line because many people’s reference for films like this tend to be straight-up comedies like Clue (1985) and Murder by Death (1976).” This speaks to the familiarity of the comedy murder mystery genre and audience expectations. Rian Johnson also didn’t want to make a parody. He wanted to make a real whodunnit with a very specific tone grounded in character. “Knives Out is funny and has a cheeky sense of self-awareness,” admitted the very self-aware writer-director.

The screenwriter used a guiding principle to prevent his comedy from derailing into a parody or a farce. “There’s a big difference between a joke that makes fun of the fact that it’s a murder mystery and a joke that is rooted in the situation the characters are in. The fun does not come from a Mel Brooks type sensibility.” This allowed the story to maintain the stakes and integrity of the film and keep the characters feeling like real people even though they are enlarged.

Story Is Not Plot

Murder mysteries require intricate plotting as a necessity of the genre. A substantial number of plot points need to be hammered out before any screenwriting begins. We asked Rian Johnson on his approach to writing Knives Out.

“The initial structure I begin with is story, which I differentiate from plot. Plot is the mechanics of how to manifest the story. Story is the shape of how you engage the audience.” There must be a basic throughline at the start with a defined protagonist and antagonist before the story planning can even commence. In this case, the key players were the victim, the suspects, the murderer, and the detective. These remained pillars of the screenplay throughout the development process.

“I started with a Hitchcock whodunnit framework. Then I drew a diagram in terms of how the audience will be drawn to the movie rather than the specific plot elements of the murder.”

The initial stage was creating a comfortable feeling so the audience believed that Knives Out was a traditional murder mystery. Then Johnson settled into the questions of who the suspects are. “At some point, we showed the movie’s true hand and gave the audience a piece of information that shifted the audience from a place of trying to figure it out, to being concerned about a character that they care about.”

Once these broad story elements were laid out, Johnson figured out the plot mechanics. At the final step, he began to flesh out the characters. “I created the characters based on their need to service the story and plot.” He focused more on the overall dramatic structure than creating a comprehensive flow chart to identify every plot beat and clue in the story.

“In determining who the killer was, I didn’t look at who would be the most interesting, but what is their place in the story, and who would create the most dramatic and impactful way to end the movie. You’re trying to engage the audience and hook them through your story, and you’re trying to give them something at the end that’s really satisfying on a level beyond how do I figure out whodunnit.”

“You want the audience to lean forward and engage with the characters rather than lean back and figure out the puzzle box.”

Johnson added that after he outlined around twenty percent of the plot, he started building the characters and the events surrounding them. He wanted a broad spectrum of suspects, an exploration of the dysfunctional family dynamics, how the audience felt about them, and how sympathetic they were.

During the writing phase, it was more a matter of fine-tuning the plot than making major changes to the overall story. Johnson had been thinking about Knives Out for close to a decade on a broad conceptual level. He wrote the screenplay relatively quickly in six months. He rewrote and fine-tuned his screenplay over the following three months. “The jigsaw nature of the story meant that no radical revisions were required. It was more a matter of when and how information was delivered.”

The rewriting phase also included paring down unnecessary exposition. Chris Evans (Ransom Drysdale) “had a strong radar for exposition based on his experience in the Marvel movies. We cut it down to the bare essentials,”  he continued.

Rian Johnson confessed the challenges in how certain scenes play on the page compared to the screen, especially the flashback and interrogation sequences told from various points of view. “I never gave myself an out by saying if it works on the page it will work on the screen.” This ensured the actors were aware of how to play each role.

Writing a murder mystery requires a certain level of research. Johnson consulted with a nurse that does the work that Marta Cabrera (Ana de Armas) does and the local police force. He was not a stickler for the exact nature of a murder an investigation, but he had to make his film believable.

The decision to make Benoit Blanc a quirky Southerner was not simply a comedic one. Johnson wanted to highlight that he was a fish out of water. Initially, he created “Hercule Poirot karaoke,” but later dialed Benoit back into a more straightforward detective.

Rian Johnson is a versatile filmmaker who doesn’t write screenplays exclusively in a single genre. “It all starts from the genre I want to write in, what I’m feeling, or something I want to question. The mode that I want to work in stylistically clicks with a theme, an idea, or something that I’m angry about. Something I want to pursue.”  The collision of these two factors ignites his writing muse. Writing is the first step of the process and directing is the natural extension of it.

Everything begins with a solid screenplay. He paraphrases fellow screenwriter Michael Arndt when asked how a screenplay can become its best. “The ending elevates a screenplay. A good ending lines up the levels of satisfaction set up during the course of the movie on a plot, thematic, character, and emotional levels. These things should pop all at once at the end. The ending can redefine what came before it.”