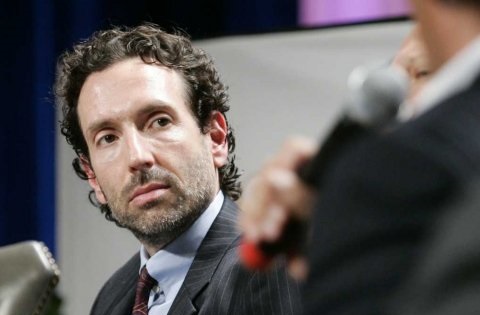 According to producer/director Gavin Polone, the success of Duck Dynasty and the backwoods TV phenomenon is “a cry for something that doesn’t seem like everything else.”

“People are tired of unoriginal characters; nobody on regular TV is like the cast of Duck Dynasty or the Alaskan fishermen,” says Polone, “which ultimately leads to other knock-offs. You have Pawn Stars and American Pickers…and 15 more shows with people discovering items that are worth more than they think.”

Never one to hold back, the 8-time Emmy-nominated producer (Curb Your Enthusiasm, Cinema Verite) further elaborates: “Eventually, the show about sickening, dirty-looking animal killers will be ripped off…and then that will die off too.”

Lest you think the spec script is dead, Polone thinks otherwise: “Yes, it’s not necessary when you pay people to write sequels or remake novels, comic books, and TV shows…but indie movies, the non-studio ones, which are creatively more interesting, are all spec dependent,” he says. “Studio films have become one big theme park ride where everything seems like something else. To me, the movie world is all a Marvel comic book now.”

He explains: “If you have less money, you can’t rely on proven casting and visual effects,” citing Pacific Rim (Warner Bros.) as being financially OK, therefore a spectacle of big visual effects with an international audience, yet still derivative.

“With a small budget, you can’t rely on visual effects and big actors; you have to go for story,” Polone says. “It makes for more interesting content within the scenes and fresher acting choices.”

He acknowledges that not all is lost with film: “Every couple of years a movie comes out that excites me like the Ip Man series from China (he’s a martial arts devotee). Then I was excited to see The Grandmaster.”

Polone refers to filmed entertainment as the “art form of the world.” And in spite of how he views the current state of Hollywood movies, acknowledges that in general, filmmaking is more egalitarian due to costs coming down:

“You can literally make a film on your SmartPhone, which is exciting. Distribution is easier to get since the size of the screen is not so important anymore, and big visual effects don’t have to cost a lot of money.”

The Kids Are All Right

Polone points to The Kids Are All Right as an example of quality writing/directing and made for under $5 million, yet seen by so many.

He is also encouraged by the fact that more original spec scripts are being submitted for television writing jobs, so that the writer’s own voice comes through: “Anything that is personally exciting to you and feels and seems different from anything that’s been done, is best,” he advises.

“There are too many derivations of successful TV shows, which is boring, but what’s great is that Cable TV pushed itself the way of broadcast, which created a necessity for more original standouts like Breaking Bad (AMC) and Archer (FX).”

Polone continues: “The upside is that excellent shows like Girls and Game of Thrones are being done all over the place, because movies are so bad.”

He considers Behind the Candelabra genius and commends HBO for stepping out of their comfort zone to produce “ a fantastic movie with A-list talent.”

Michael Douglas as Liberace in Behind the Candelabra

Aside from Twisted (ABC Family), the show he currently produces and directs, which started its second season Feb. 11, directing is in Polone’s plans for the immediate future. That includes a few feature projects he’s trying to get going, but for now he’s content not to produce.

“It’s too painful and too hard to make the stuff I want to make, not what they want, so I’m trying to stay away,” he says.

Polone pitched a reality show, Bachelorette Party Las Vegas, but was disillusioned when what he pitched became very different; therefore, is not adverse to an unscripted show that seems interesting and that he doesn’t have to go in and pitch.

“They came to me, and I liked the script for Twisted,” so I said yes, but it’s more fun to produce reality shows…it’s easier; the emotional investment is not as high and the stress level is lower.”

On the flipside, Polone, an outspoken animal advocate, goes on to talk about what he views as one of the downsides of Reality TV: “People don’t care about animals, which nauseates me, just reinforces my hatred for humanity…they have a right to make Duck Dynasty, just like I could use my right to advocate against the needless and cruel killing of animals.”

And that he does, if not in his TV shows and movies, in his writings as a former columnist and now sometimes contributor to New York Magazine’s Vulture website and frequent guest columnist for The Hollywood Reporter.

Polone’s taken on Hollywood’s “sacred cows” including American Humane Association (the “No Animals Were Harmed” folks), the Writers Guild of America, the Academy of Motion Picture Arts and Sciences, and liberals…as well as the juicy stuff such as a piece (if you will) on the awkwardness of shooting sex scenes, as told to him by a few Hollywood A-listers.

He’s argued that limited frontal nudity and the f-word should be allowed on broadcast and basic cable (along with TV-Mature ratings, as with HBO), in order to invoke more realism and bring viewers back from the Internet. He’s even indicated there could be a case for the c-word.

Polone surmises: “I guess the theory is that poor people must be protected from words, but rich people are competent to make their own decisions?”

In one of his articles he actually comes clean on his script-reviewing process, the gist being that he closely reads those he receives from his friends or from writers he’s worked with before, and suggests that a more genuine process for the rest would be to have his assistant deal directly with the writer’s agent’s assistant, since they’re the only ones who actually read the scripts.

“I write about things that people don’t want to talk about, because I have the advantage of being beholden to no one, so I can say what I want…and people thank me for it,” Polone says.

By the same token, he’s well aware that he pisses people off, for instance, his least controversial article (or so he thought) about the grueling 17-hour day for “below-the-line” workers on a Hollywood set (i.e. script supervisor and transportation director) elicited over 29,000 shares and a host of negative comments from studio executives and others.

Polone just shrugs it off and reflects: “I don’t think there’s that much retaliation that can be waged. I had a little of it. One studio that I sued said I was banned…because it was something they didn’t want….and then later I was unbanned.”

Known as the “Dark Prince of Hollywood” for litigations and other sundry reasons, the former agent and manager turned producer/director, attributes the moniker to “people wanting to put people in a box.” (Of course, naming his production company “Pariah” may not have helped either.)

“I am who I am. I don’t think I’m definable by two or three words, says Polone, whose TV/Film production credits also include: Gilmore Girls, Panic Room, Zombieland, and Jane by Design (also his directorial debut).

And in spite of his reputation, the “Dark Prince” (who still manages one client, Conan O’Brien) also tends to stand up for writers, as he did during the Writer’s Strike by aiming his criticism at the Guild.

“It comes down to the script,” he says. “You have to start with the script, so the writer is inherently the most important person in the process…and I’m not saying this to kiss ass to your readers.

“What makes no sense to me is ‘A Film By…’ There is no single person who is responsible for a movie. It is collaborative.”

He sums it up: “I deal with shows in which a lot of people are involved, but it all goes back to the person who sat down and created something. All the rest are just interpreting. There are people who do it really well, and I admire them. There’s not much that’s harder to do. Not much I respect more.”

According to an article in The Hollywood Reporter, Polone’s penchant for speaking up baffles his friend, screenwriter David Koepp (Mission: Impossible, Spider-Man): “He’ll weigh in on an issue that has no relationship to him whatsoever and I’m like, ‘Why on earth would you want to do that?’ It’s inexplicable.”

That’s true… empathy, speaking up for others… how Un-Hollywood. 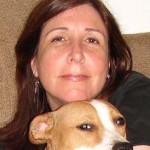