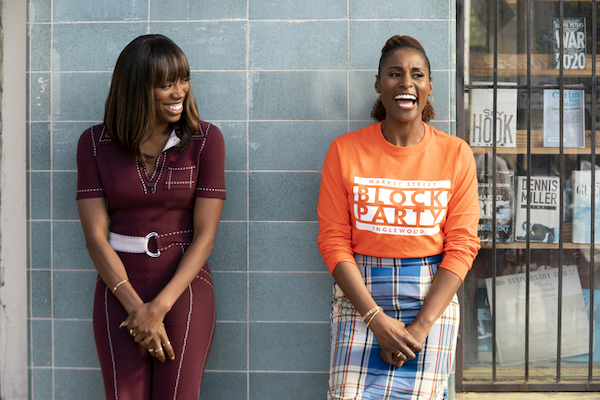 “Get Comfortable Being Uncomfortable” Prentice Penny Talks “Insecure” and “Uncorked”

Insecure on HBO has been nominated in nine Emmy categories this year and currently preparing for its fifth season. That’s no mean feat for a television series based on a series of semi-biographic YouTube videos from co-creator Issa Rae called Awkward Black Girl. We caught up with Prentice Penny writer and executive producer on the show to share his thoughts on maintaining the momentum of such a popular television show.

Penny believes that the “imagery and content” are the ingredients to make this a pivotal and unique show. “Insecure doesn’t solely portray black people as being basic, simple, and insecure like they are often shown in other shows.” The characters are fully-fleshed out human beings with real feelings and aspirations. Insecure also stars two black female leads, Issa (Issa Rae) and Molly (Yvonne Orji), and tackles their social concerns of insecurity with honesty and frankness. The show explores why these women and their friends are feeling insecure and getting “comfortably uncomfortable” with it.

On a secondary level, Insecure is also a love story between two friends. Paradoxically, it’s also a story about black women being pitted against each other as they become entangled in a love triangle. This is the stuff that comedy-drama is made of. The TV series doesn’t aim to generate pity for its characters, but rather, a deeper understanding of them.

On a global scale, we wanted to see how “black beauty and black trauma can be elevated,” added Penny. “It’s a slice of life show with many tender moments without having major tentpole moments all the time.”

Since Penny holds the producing reins he could be tempted to impose his vision on the TV show. Fortunately, he strives to faithfully bring Issa’s vision to the screen. This wasn’t difficult to do.

He grew up in Los Angeles one street away from Issa, so he truly understood what she was trying to say in Insecure. “We both had a similar type of upbringing, family, and friend structure. This show is as much about my life as it is about her life, so I could do the show justice because I understand the context of the relationships.”

Despite only writing four episodes of the TV series, Penny’s primary role is to co-produce Insecure. He brought his knowledge of the nuts and bolts of adapting a web series into a physical TV show. “I was in charge of hiring directors, running a TV writers’ room, arc a season, and taking notes from the studio,” he said.

The most refreshing aspect of Penny’s contribution to Insecure was “to bring freedom and allow Issa’s voice to prevail rather than pushing an external agenda. I wanted to enhance her voice not to cloud or cover it. I always wanted Issa to lead the series.”

Prentice Penny is cognizant of the current landscape of diversity and inclusiveness on our screens. Insecure is a show made largely by black people and starring largely black people. But it can be appreciated by all audiences. Although the show is told through the lens of black characters, insecurity and awkwardness are universal feelings we can all relate to.

Similarly, Penny quipped that he doesn’t have difficulty relating to TV shows with an all-white cast. Insecure is simply told from the point of view of black people to include specific cultural elements. “The humor is not exclusively race-specific because it explores the human experience as a single unit.”

The TV writers’ room of Insecure is understandably mainly black. As community insiders, means that the writers already understand the language and nuance of the show. The non-black writers are essential to allow the more subtle cultural nuances to be tested out and even explained to non-black audiences. They also help to broaden the accessibility of African-American culture and address potential misconceptions, racial and cultural stereotypes.

The more specific your story, the more universal it becomes

“Black people are not monolithic,” continued Penny. “We wanted to examine the shared cultural experiences.” Insecure has a Jewish writer on staff to add his take to the mix. Ultimately, Prentice is more concerned with “who they are as writers.” Having too many writers with an almost identical background can lead to myopic storytelling and doesn’t serve the best interests of any TV series.

Like all film and television productions, Insecure has been affected by COVID-19. Production schedules, cast, and crews have been disrupted and the TV writers’ have transitioned into a zoom room. It’s not ideal, but the show must go on. “The pandemic has really interrupted the flow of the show,” lamented Penny. However, he is thankful that the majority of his writers have been on Insecure for numerous seasons and are better equipped to handle the turmoil.

During his time away from Insecure and being a new father, Prentice Penny wrote and directed his feature film, Uncorked, currently streaming on Netflix. He rejected countless offers to write other movies over the years, but he stuck with his passion project which took four years to set up.

Curiously, he doesn’t see this as a major departure from Insecure. Both are slice of life stories.

“I’m a fan of those slice of life movies like Lady Bird and Manchester By The Sea.” Uncorked tells the story of a father’s initial disappointment when his son didn’t want to inherit the family business, which mirrored Prentice’s personal experience of his father’s grocery store which Prentice didn’t want to take over after his father retired. “It’s a story about two men trying to figure out their lives.”

Prentice Penny describes himself as an optimistic writer who always sees the good in every situation. “I look for the thing that is hopeful, aspirational, and inspirational. I either challenge people to think differently or think better.” Sprinkle in some humanity, offbeat and quirky elements and you’re done.