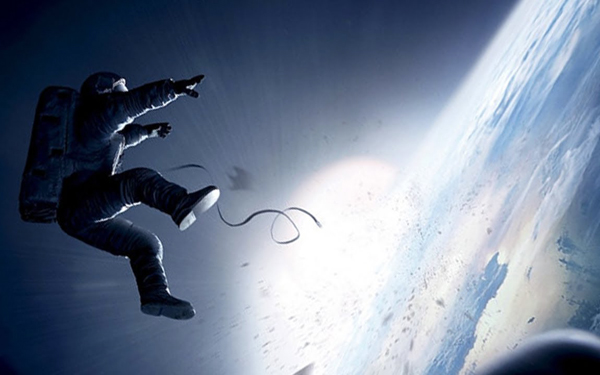 Getting the Science Right

Why should you worry about getting the science right in your next manuscript or screenplay?

Seriously, what’s in it for you?

Neil deGrasse Tyson is an American astrophysicist, cosmologist, author, and science communicator. Since 1996, he has been the Frederick P. Rose Director of the Hayden Planetarium at the Rose Center for Earth and Space in New York City. Wikipedia

For one thing, I’m pretty certain you don’t want Neil deGrasse Tyson commenting on scientific gaffes in your story.

He wouldn’t do that, would he?  Would he?  He would?  Yes, he not only would, but has.  Commenting about the movie Gravity, Tyson said that he “enjoyed Gravity very much,” but then tweeted about the scientific faux pas he saw:

OK, these aren’t necessarily major scientific errors, but, do you really want Tyson making snarky comments about your work?  Besides, mistakes such as these make it hard for many viewers to suspend disbelief – suddenly they are no longer engrossed in your story, they’re thinking “this is a movie, you’d think they’d get this right.”  Just like what happens when you spot a continuity error in Casablanca.  You’re thinking about how the error happened, and not about the story.

Consider the reviews of the movie, San Andreas.  Several different film reviewers invited US Geological Service scientists (people who get paid to know about earthquakes) to screen the movie with them.  Morgan Page, a geophysicist with USGS was asked how accurate the science in the movie was. Her answer: “not very”.  And that from just viewing the trailers.

According to Professor Tom Jordan, William M. Keck Foundation Chair in Geological Sciences at the University of Southern California, “It’s not possible to have earthquakes that big along the San Andreas fault.” Why? The fault isn’t big enough.

Another USGS seismologist, Lucy Jones, who also previewed the movie, was quoted in an USA Today article as saying that the movie was “a lousy documentary but a good movie. It was better than I thought it would be.”

The Advent of Science Advisors

“Before Jurassic Park hit the big screen, scientists were rarely used as advisers for television media,” writes Julie Gould, Jobs Editor on Nature.com, the website of the prestigious science magazine, Nature. “The producers and their teams would instead do the research themselves, or use creative license to get away with it. After all, it is fiction.”

Today, it’s different. Many films and television shows employ science advisors, who actively work on script and production. For example:

And even for a comedy such as Eddie Murphy’s 1993 Nutty Professor, a science advisor, Wayne Grody, was hired to design the lab set to make it look realistic.

Eddie Murphy as Sherman Klump in The Nutty Professor

As science on-set advisors become more common, producers and directors are becoming more attuned to good science in the scripts they purchase and produce. “Scientists are more imaginative than we are in Hollywood,” says Jeffrey Silver, producer of Terminator Salvation and 300, in an interview in Bustle magazine. “I used to say, that only happens in the movies, but now I say, that only happens in science.”

So, getting the science right in your spec script could be your key to a sale.  While almost all produced scripts are revised and team re-written, would a producer want to buy a script if he or she thought a key point or scene is a scientific impossibility?  This isn’t to say that a writer can’t speculate or project new technologies, as writers and producers did in the original Star Trek series.  Remember, though, before Gene Roddenberry pursued a career as screenwriter and producer, he was a pilot who studied aeronautical engineering in college.  So he had a background in science and technology.

So what is a young, struggling screenwriter to do to be competitive in today’s world of science-driven scripts?

You’ll even find some truly bizarre research being published, which may inspire you.  Do you know why belly button lint is usually blue?  It’s been researched.  Or do you know the friction co-efficient of a banana peel on the sidewalk?  The people that researched this won an international award, the Ig Nobel Prize.  Or that shoving cured ham up your nose is the fastest way to stop a nose bleed?  It’s all out there, waiting for you.

You don’t need a degree or extensive training.

It could even help you sell a script.

Where Do We Go From Here?

To get you looking in the right direction, here are the top 15 most popular science websites according to www.ebizmba.com:

Check out each website, scan through the table of contents, and read those articles that interest you.  Some of the magazines listed can be very technical, others are much more accessible to the average reader.  So select two or three of the publications or websites that you’re comfortable reading, and follow them on a regular basis. And no, you don’t have to read each of these magazines cover to cover; just read those articles that you find interesting, or that pertain to a story you’re working on.

You may be pleasantly surprised how much this information improves your work as a screenwriter.

You are also invited to visit my blog, Science News for Writers (scienceforwriters.blogspot.com).  I scan releases about the latest research published by the leading science institutions in the world, and post five days a week those that seem to me to be of the most interest to writers of any genre.