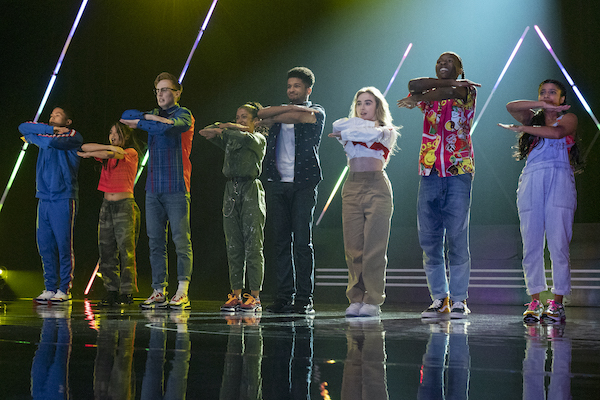 There seems to be something in the airwaves leading to a flurry of dance movies. Work It adds to the cadre of teen dancers with a story of a motley crew of high school dancers, with dubious dance skills who, finally come good in the end. Work It, streaming on Netflix, is an original screenplay by Alison Peck who also wrote the animated film Ugly Dolls based on the plush dolls. Alison spoke to Creative Screenwriting Magazine about bringing her teen dance idea to life.

The initial concept for Work It came from Alloy Entertainment who was looking to produce a dance movie along the lines of Pitch Perfect. Peck mulled over the brief to decide how she would approach this common idea in a refreshing way.

The screenwriter concluded that her introduction into the story would be by writing a coming of age story about a group of dancers who couldn’t dance. This funny idea loaded with irony needed emotional and character fleshing out to form a substantive story rather than a gimmick.

During the development stage, similar dance films that sparked Alison Peck’s imagination include Bring It On, a cheerleader dance movie. The screenwriter also perceived Work It to be an underdog sports movie in addition to a dance film. She combined these two sources of inspiration to create the competition plotline and she went off to the races. It can also be argued that Work It isn’t really about dancing at its core. It’s about teenagers finding their passion and path in life.

The film centers on Quinn Ackerman (Sabrina Carpenter) who is determined to win a dance contest despite her lack of dance skills in order to follow her father’s footsteps and get accepted into Duke University.

Alison Peck began her screenwriting journey by drawing on characters she’s seen in other similar films. “I think it makes it more realistic and clever because they’ve seen dance movies. They already know the tropes that they’re in.”

The screenwriter found this approach useful because the characters know exactly what they need to do. “They need to have heart and kindred spirits to help them along the way, without necessarily being likable all the time.”

As Peck developed Quinn Ackerman’s character, she was cognizant to make Quinn “someone the audience would root for, care about, and want to watch. Someone to grab onto and follow.” In addition to these traits, it’s important for the audience to understand why Quinn wanted to get into Duke. “You really want to believe that’s important for Quinn to win and go on that journey of self-discovery.”

Quinn is by no means a perfect character, by design. She lied to her enrollment officer about her love of dance, and propagated the lie rather than confess. It was this lie that would make her a more attractive candidate for Duke University.

Not all lies are created equal according to Peck. “A character flaw made her more relatable. It was only a white lie and everyone makes mistakes. Quinn realizes she shouldn’t have lied, but continues anyway and goes over her head.”

The screenwriter confessed to infusing several of her personal traits into her protagonist. Quinn Ackerman and Alison Peck’s personalities intersect through their single-mindedness and ambition in a way that excludes everything else. “There’s a balance between being successful and having a regular life. Sometimes I have to remind myself of that,” confessed Peck.

Quinn went on quite a journey to discover her true passion in life through her dogged determination to beat the school’s unbeatable dance groups. She began her journey as a Type A academic character who wanted to study hard and get accepted into a good university and ended up realizing her distraction was actually her passion. Dance was originally a means to get her into Duke.

Quinn’s road to success wasn’t guaranteed in earlier drafts of Peck’s screenplay. There were drafts when she was didn’t make it to the next round. “Ultimately I came to the conclusion that she had to win. despite the emotional journey being the more important thing that mattered.”

Peck made several attempts to mold Quinn’s character during the development process. In earlier drafts, “Quinn was very over the top, outrageous, and clumsy.” The screenwriter decided to temper Quinn’s exuberance in order to make her journey more believable. “She couldn’t just be a crazy person.” Quinn’s goal to win a dance contest had to be out of reach, but not so out of reach to make her success ludicrous.

Alison Peck meticulously outlines her stories before embarking on a screenplay. “I do a lot of planning before I start writing. I give myself a bit of freedom within the themes I’m exploring as I write. The characters must feel like real people. I start very structurally and end with my gut.”

As Quinn progressed through her journey, she realized that dance isn’t something that you do on a whim. “Dance isn’t something you can coach academically. It’s something you feel. You need to have a passion and connection to be good at it. You need to connect your heart with your head.” This raised questions about the theme of Work It as Quinn discovers what she’s really passionate about. Many people go through life without discovering their passion. “Discovering what you care about is a universally relatable story.”

As Quinn’s dancing improved, her focus shifted away from college “as she’s pulled into this dance world to displace her original goal.” This push and pull caused conflict and Quinn tried to reconcile the two. Quinn’s mother also minimized her newly-discovered love of dance, often referring to it as a distraction to her entry into Duke University.

Eventually, Quinn realized, “She wanted to go to college for the wrong reasons and finds a new direction in her life.” This approach ensured the film is thematically relevant far beyond its release date. “The idea that teenagers think their problems and decisions are permanent and will affect them for the rest of their lives. This is a recurring issue many young adults grapple with. Dance is always something people will come back to,” said Peck.

The seemingly innocuous title of Alison Peck’s film punctuates its deeper meaning. “I wanted the title to be exciting and punchy that captures the spirit of the movie. Becoming a dancer requires a lot of work. Work It celebrates the rewards associated with hard work.” It underscores the idea that Quinn needed to put in the effort to achieve her dreams.