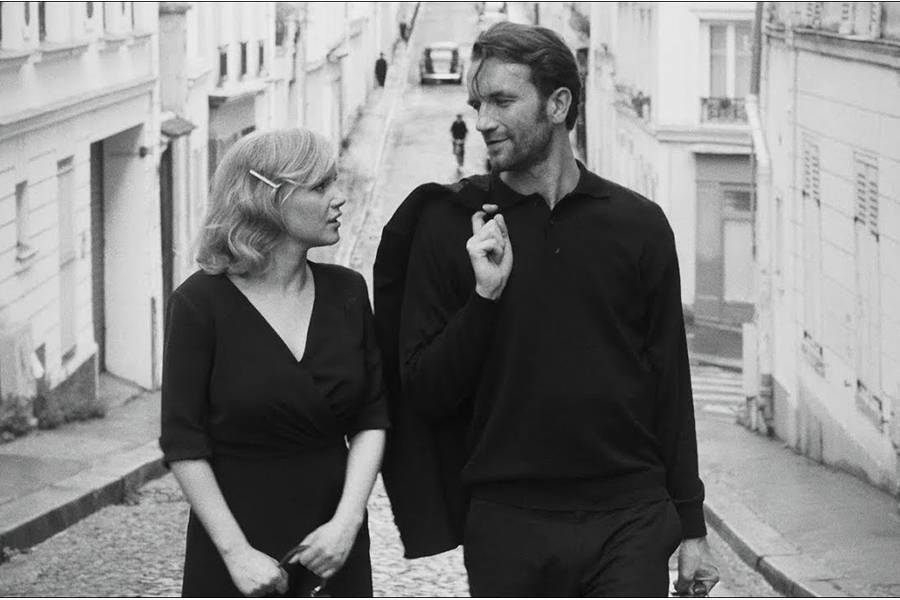 The Haunting “Cold War” Tells of Love Both Freeing and Incarcerating

In any other year, writer-director Pawel Pawlikowski’s Cold War would be the standout foreign language film. Unfortunately, it’s been relegated to “runner-up” status due to the overwhelming impact Alfonso Cuaron’s Roma has had on the cinema of 2018. That’s a shame because this tough, but tender, love story from Poland is in many ways equal to the breadth of storytelling and artistry found in that one from Mexico.

In his new film that Pawlikowski wrote with the late Janusz Glowacki, the director argues that love can be both freeing and imprisoning, happy one moment and stultifying the next. Such duality gets juxtaposed against a post-WWII Poland where two different thoughts are also playing out. Poles became freed from the tyranny of Nazism, yet had to contend with the iron fist of Stalinist Russia clamping down all around them. Caught in between, in both relationship and their country, are Wiktor (Tomasz Kot) and Zula (Joanna Kulig.) And soon the struggle to fit into each other’s lives, as well as their environments, will become their ultimate challenge.

They meet in 1949, as she is auditioning to be a singer in the musical troupe that Wiktor runs with Irena (Agata Kulesza). The group is sponsored by the state, working to ensure that the rural folk songs bring the heritage of Poland to all reaches of the land, but it’s a bit of a ruse. They’re being watched closely by Russia as it keeps satellites under constant surveillance. Wiktor is all too aware and has grown weary of his troupe, hungering for better musical opportunities, the kind heard in rock and roll and jazz recording making their way through Europe.

Nonetheless, his attitude is buoyed once Zula makes her way into the auditions. Her brusqueness and raw sensuality dazzle him, and it stands head and shoulders above the meekness of most of the local farm girls who’ve come into try out for the troupe. For her audition, Zula defiantly strays from the given material and vamps a contemporary torch ballad, one from a Russian movie she saw as it turns out. It’s not the only connection she has to Mother Russia. In actuality, she’s being paid to spy on the troupe, but her danger entices Wiktor, and he hires her.

Soon, Zula comes to dominate the other talents in the troupe, and Wiktor becomes more and more obsessed with her, even as he finds out unsavory things about her motivations for being there, as well as her checkered past. Zula admits to him that many of the rumors swirling around her are true, including the fact that she killed her father. “He mistook me for my mother,” she coldly tells Wiktor, implying an attempted rape, “so I used a knife to show him the difference.”

Zula ends up being drawn to Wiktor as well, admiring his talent and his desire for her as well as a something bigger beyond the troupe. They start a torrid and secretive affair, stealing steal kisses and trysting wherever they can throughout their tour together. Through his love for her, Wiktor finds new meaning in the trip even as he cynically speaks out against the state’s insistence on songs that sing the praises of Stalin and his political agenda.

Then in 1952, the maestro gets an opportunity to defect when their troupe tour hits East Berlin. He begs Zula to come with him, but she stays behind. Her motives tend to the more pragmatic having come from poverty, but she also enjoys the stardom the tour gives her. She also is defiant and doesn’t want to give anyone so much power over her, even one she loves and adores. Wiktor ends up defecting, but his feelings for Zula remain tethered to her. The loss of her will haunt him, and throughout the next decade, he will search for her and force opportunities to interact with her throughout Europe.

Here, the film becomes a sweeping love story in the vein of Dr. Zhivago or even The Notebook as it covers years and miles of the distance between the star-crossed lovers. Pawlikowski infuses their love story with crackling energy, yet one sprinkled with a foreshadowed doom. The film becomes a suspense tale as much as a romance, as their clandestine time together works to evade the authorities still after Wiktor. The film’s cinematography becomes darker and starker, conjuring up memories of The Third Man and The Maltese Falcon.

In the earlier scenes of the film, Pawlikowski had his DP Lukasz Zal use a grayer palate to reflect the boredom and blandness of the Poland countryside and the mediocre music they performed, but as the film goes on, and the couple’s fleeting time together becomes more desperate, the pictures become darker and darker. Even Zal’s 4 x 3 ratio of framing, used to feel claustrophobic in the confining chapters in Poland, loosens up in the second half of the film as the two find artistic freedom in the jazz clubs of Paris and in between the sheets at Wiktor’s apartment.

The soundtrack follows suit as well. Saxophones and jazz piano fill the backgrounds, giving this period piece modernity and a sense of cool, matching the rule-breaking couple in love while on the lam. Still, all those moments together feel as fleeting as an improvised jazz solo, and soon the couple starts to realize that they cannot sustain a reliable relationship. All the politics, distance, and differences in values begin to catch up with them. Like Casablanca, The Way We Were, and La La Land before it, Cold War becomes a cautionary tale about the limits of love and living together.

The two lead actors are impeccable throughout, saying more with their silences than with dialogue. (Miles Davis once said that jazz was less the notes and more the silences in between them. Same here.) Kot uses his eyes to tell volumes as they convey all his frustrations, angst, and lust. Wiktor never seems to relax in the story, and his intensity informs both why this couple cannot be together as well as why they cannot stay away from each other.

Kulig meanwhile is truly revelatory in her work here, giving one of the best performances of 2018. She plays both girlish and womanly, pissy and precious, changing throughout the film from Polish girl to Parisian chanteuse. No wonder Wiktor is enthralled with her, we are too.

Pawlikowski took the Best Foreign Language Film Oscar in 2013 for Ida, and this one should be in play as well. Cold War will likely lose to Roma, but it is nonetheless one of the film year’s most exceptional achievements. Its love story is both epic and intimate, personal and political, and one that will haunt you a very long time.