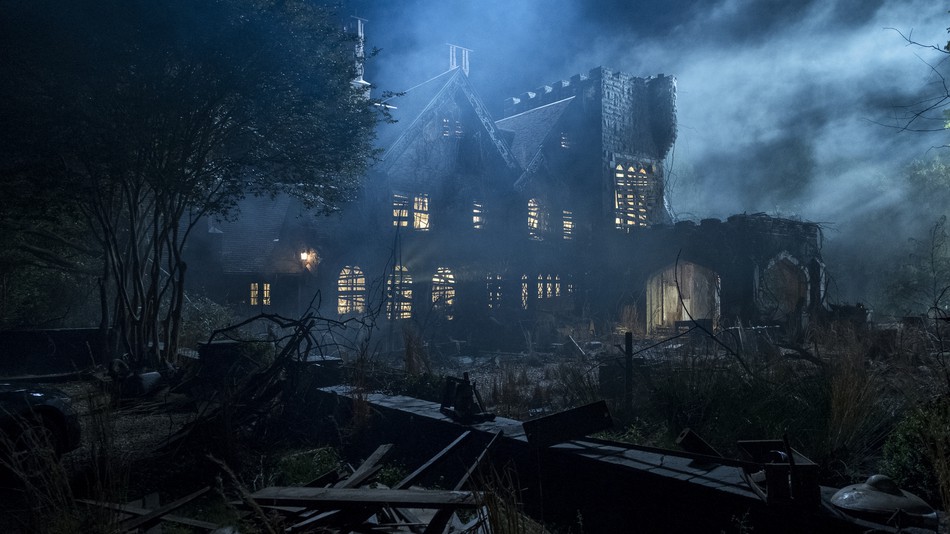 The year in 2018 horror has seen such lauded stand-outs as A Quiet Place, Hereditary, and for some, even the reboot of Halloween. Yet, for as much acclaim as these big screen frighteners have garnered, the most significant achievement in the genre happened on Netflix this past October. There, the streaming miniseries The Haunting of Hill House managed to not only provide as much atmosphere and jump-out-of-your-seat scares as those others, but its length allowed for a delving into character that the shorter formats couldn’t equal. The depth of the series not only made it a huge hit for Netflix but established it as one of the fall’s definitive watercooler shows. Ultimately, the miniseries proved that the best way to do the horror genre is to always put people in extreme peril that we truly give a damn about.

This adaptation of Shirley Jackson’s 1959 gothic horror novel changed a lot from her source material. Among the license taken was eliminating the central figure of the paranormal expert investigating the haunted house, as well as updating the time frame to our more modern century. This enabled the focus to turn to the entire Crain family that lived in that residence and all of the fallout from it. The narrative only plumbed the depths of their time there, as well as how those experiences haunting the family for decades after.

Because of that, the series turned into more than just a genre piece out to frighten us. It became an extensive character study, albeit one with seven main characters to learn about. We got to intimately know parents Hugh and Olivia Crain (a superb Henry Thomas and Carla Gugino), as well as their five children. And we followed them all from their living in the haunted house in the early 90’s to their time 20 years later. It was as if  This Is Us had crossed paths with a Blumhouse frightener. What a strange juxtaposition, yet it all worked spectacularly well here. And what made it blend so well was the Crain family’s propensity to sabotage their own lives. Their self-destructive natures were as scary as most of the ghouls still bothering them.

In the house, horrors abounded with people dying or disappearing, chandeliers crashing, bodies being unearthed behind walls, and a host of specters springing up everywhere. One of the delights of the show was to count how many ghosts could be seen haunting the periphery of the frame. An especially terrifying encounter happened to young Luke (Julian Hilliard) when he witnessed a 10-feet-tall overcoated ghost, floating through the hallways at night, tapping his cane while looking for his hat. The little boy was smart enough to hide under the bed, but the ghost found him anyway. That interaction haunted the adult Luke (Oliver Jackson-Cohen) for years, and it led him to drugs as a means of escape.

The other children all found refuge too in habits meant to counter their traumatic upbringing. Oldest son Steven (Michiel Huisman) grew up to be a writer who probed other people’s supernatural encounters while denying his own. Oldest daughter Shirley (Elizabeth Reaser) became a mortician to demystify the deathly things she witnessed in the Hill house as a young girl. Theo (Kate Siegel) became a child psychologist, hoping to shield other young lives from danger after failing to in her own. And, as the youngest of the kids, twins Luke and Nell (Victoria Pedretti) grew up with the worse residue from the past. In their haunted home, they were it picked on mercilessly by the evil entities because they were such vulnerable targets. Nell’s disturbing visions of the shadowy visage of  The Bent-Neck Lady turned out to be a cruel trick played on her by a time continuum in the house that foreshadowed her own demise. It was not only terrifying, but tremendously moving too. Did you feel that way when Toni Collette’s mom was sawing into her own neck in Hereditary?  Probably not.

Such pathos continued throughout this series, particularly with papa Hugh’s evolution from devoted and positive dad into a cynical and tired shell of his former self. To show Hugh’s huge change over the years, and the ravaging his mistakes and regrets took on him, show creator Mike Flanagan chose to cast a different actor as the older Hugh. Timothy Hutton brought a mournful weariness to his portrayal and it brilliantly showed just how the hellish house and all the residue of it changed the patriarch into something virtually unrecognizable.

As the story unspooled over 10 riveting episodes, the ghosts of the past continually prevented the adult Crain children from continuing with their lives, playing on their lack of confidence, purpose, and place in the world. The remaining Crain’s also used past slights and conflicts in the family to continue to drive wedges between them. Such animosity created a situation all the riper for the supernatural evil to seep in and wreak havoc. When the Crain’s gathered together to mourn the death of Nell as she lay in the casket at Shirley’s funeral home in episode six, the ghosts of Nell and Olivia gathered around the bickering family, suggesting they were literally and figuratively a constant in all their lives. At first, the specters seemed to be there to frighten, but as the arguing went on, the ghosts were shown wearing expressions of remorse and regret. Ghosts are frightening, yes, but the horror families can inflict on each other are all the more horrific.

That same episode, a high-water mark in the series, seamlessly blended the living characters in with their past incantations as the story moved from the funeral home to Hill House, the present to the past – all in an endless tracking shot. It was a virtuoso camera and editing trick, to be sure, but it served the crucial purpose of showing just how everything blended together when it came to the Crain’s. Memories, visions, dreams, nightmares – they were all as prevalent in their everyday lives as waking up in the morning or going to work.

Blurring the lines between the past and the present allowed the show to question just how sane any of the Crain’s really were. Did Hugh continue talking to the ghost of his wife or was it all in his head? Did Luke have hallucinations caused by drugs, or were they actual supernatural occurrences? Was Shirley’s vision of the handsome man raising his glass to her a ghost or a memory? In the final episode, it was finally revealed that he wasn’t a ghost at all but rather, the memory of her one-night stand that continued to plague her self-respect. Some of what haunts us is all of our own making.

As the ending revelations indicted Olivia for even worse sins than suicide, and Hugh chose to sacrifice himself to save his remaining children, the series managed to conclude on an up note. The grown kids started to move towards recovery, and while the musical accompaniment may have been too ‘touchy-feely’, it was a welcome relief after all their heartbreak. The Haunting of Hill House brilliantly showcased relatable characters trying their best to conquer demonstrable villainy inside the house and inside themselves. The Crain kids earned their peace. And this superior miniseries earned all its plaudits by doing the genre proud and then some.