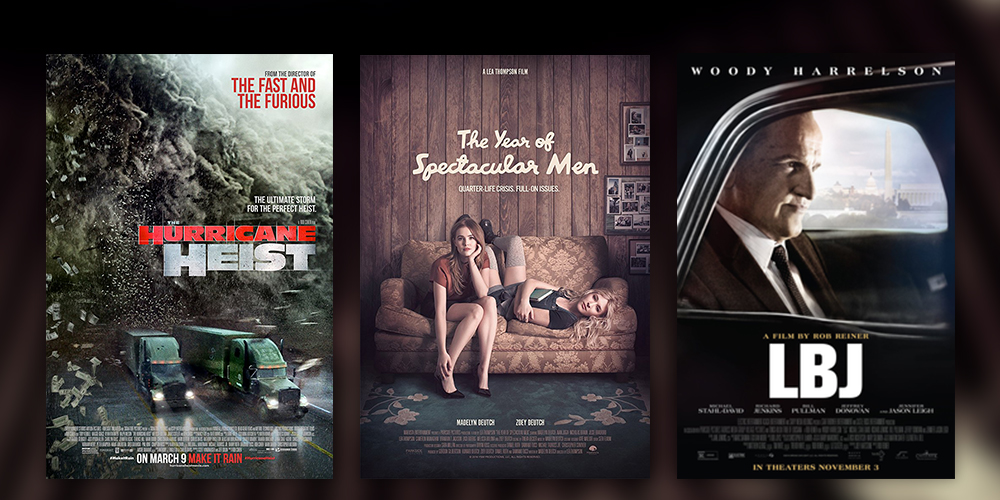 Creative Screenwriting Magazine brings you the best in screenplay craft and business articles. With the deadline of our screenplay contest  rapidly approaching, I hope you’re all busy writing the final touches to your entries. The winner of our contest wins a guaranteed option from prolific film and TV producer Danny Roth (The Hurricane Heist, LBJ, The Year of Spectacular Men). The runners up will also be considered for an option agreement. How many screenwriting contests can boast such an opportunity for screenwriters? We spoke to Danny at length about your ‘options.’

A screenplay option gives Danny’s production company, Parkside Pictures, an exclusive right to evaluate the commercial viability of the winning screenplay for the duration of the option, usually around 3-6 months. There is normally a small upfront monetary exchange to the screenwriter for the option period. (In this case, CS Mag is paying a $5,000 cash prize to the winner regardless of accepting the option from Danny). The option price is different from the much larger purchase price if that should occur. Typically, the option price is offset from the purchase price.

A screenplay option has two components; script development and securing financing and attachments to your screenplay. In the current business climate, very little time is spent on script development. Fortunately, you needn’t worry too much. The fact that you’ve won our screenplay contest amidst fierce competition means your script is close to shooting anyway. Danny believes that if a film or TV script can’t attract financing during your option, there is little point in developing it for the sake of a having better screenplay. However, if there is industry interest which requests rewrites, Danny will allocate more resources to polish your script.

When asked what attracts him to a script, Danny’s answers include being personally interested the subject matter, industry referrals, agencies looking for production partners or certain types of projects, and knowing whether he’s likely to procure the financing to produce a project. So it’s not all about commerciality, but it plays a big part. He spends around 40% of his time evaluating what the market is looking for. He also reads many produced screenplays to assess the structure and main story beats of what’s doing well in the current marketplace. Even if commercially successful films don’t personally appeal to him, he studies them in order to produce films that have commercial potential. This is a different approach than screenwriters, who should avoid chasing the marketplace and write what truly matters to them.

Danny was asked what proportion of their time screenwriters should spend writing compared to studying the market. Although they should have a rudimentary knowledge of the film industry at large, they should focus the majority of their time on screenwriting and networking.

In terms of the current state of the film and TV industry, the writing opportunities are multiplying exponentially thanks largely to the instiable appetites of the VOD and streaming companies, but the financial margins are becoming tighter. Danny still underscores that it’s not all about the bottom line. He endeavours to drive down production costs without greatly affecting the creative aspects of a project. Danny sees increasing opportunities for screenwriters in ‘made for TV’ movies rather than movies made for theatrical release.

As the cable networks adapt to the evolving industry, they are fractionating into “the folder business;” Danny’s term for niche programming such as contained thriller or holiday romances. The industry’s job is to match screenplays with buyers. Leave that to Danny, while you focus on writing.

Now that You’ve Won The Creative Screenwriting Screenplay Contest, What Next?

Day 1 will include going over the screenplay notes with the screenwriter. Danny spends considerable time on this. He especially wants to establish the writer’s intent to better understand their material and craft it into something more viable at the budget he’s set. Then he will asses which distributor could potentially come on board and how the project fits into his production slate. Danny also needs to decide if you are a screenwriter he can and wants to work with.

There are no typical timelines for a production schedule according to Danny. For instance, a Christmas movie might be purchased and produced within a few months to make the December screening schedule. A prestige film may take years to produce until the business conditions are right. Danny usually has a sense of whether a film will be produced within 3 months of optioning and he’ll be in pre-production by 6 months.

While the winning script goes into production, screenwriters have gathered steam and are well-poised to seek representation. They are already a prestigious screenplay contest winner and they will soon be a produced screenwriter. That makes you attractive to agents and managers.

Even if the winning screenplay doesn’t get produced, the writer will have a first hand look into the machinations of film production. Danny looks at the screenwriter and screenplay as separate entities. Writer and project. If your screenplay isn’t made, he can refer you to suitable producers when they have specific creative requirements such as a particular kind of action movie. This is a matter of content over execution. If he’s reading for writing skill, he evaluates consistency within a genre, or multiple genres, or even platforms.

Danny responds best to personal stories. These are the most unique and authentic, and can only be written by you. Make sure you have some personal relationship to the material you write. That’s his best advice to screenwriters looking to break into the business.

Danny has some final pearls of widsom for screenwriters looking to break in: