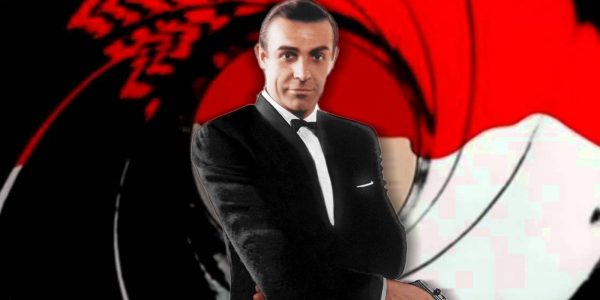 How Has The Character Of James Bond Evolved? (Part 1)

Dry Vodka Martini – Shaken Not Stirred. That famous drink immortalized by Sean Connery (James Bond) will forever live in our collective drinking psyches. Connery may have passed earlier this year, but his suave spy persona will live on in cinematic eternity as style-aspiring males point their finger guns at the screen. It seems befitting we explore the various incarnations of this iconic character in a two-part special.

In the spring of 1962, a film title designer named Maurice Binder had twenty minutes before a meeting with Eon Productions and United Artists executives. The frantic Binder happened to have five white price tag stickers in his briefcase. When he stuck one on a notepad, a gun barrel came to mind. He stuck the other four on, right to left, drew a stick figure, then stepped into the room. That makeshift storyboard spawned a world-renowned opening—hailed the “gun barrel sequence”—that flashed before twenty-four films and twenty-five videogames for the next six decades. White dots blinking onscreen, a man in a three-piece suit walks into frame, turns, and draws his pistol. Jazzy soundtrack swelling, his eyes focus on the .38 caliber gun aimed at him. Bang. He fires and blood drips down the screen. British Secret Service agent James Bond, code number 007, is a spy legend above most legends. What makes him so special?

“It’s essential to understand what Bond is; not so much a man as an idealized man,” said Steven Bernstein, DGA, ASC, WGA, author of the best-selling Film Production, cinematographer on Like Water For Chocolate, the Oscar-winning Monster with Charlize Theron and director of Last Call, a newly-released, fascinating biopic starring John Malkovich about poet Dylan Thomas. “I say ‘man’ in its former iteration, which is now sometimes, and often rightly, described as toxic masculinity, but that is too easy and not valuable. If one can understand Bond’s appeal, one can understand the tragedy of many men over a certain age and even, with a little stretching, the misguided foreign policy of nations.”

“Bond is first and foremost competent. He can fly planes, shoot guns, seduce women, play strange European card games, drive fast cars, and know how to wear a tuxedo, while always remaining cool and calm, even when at risk of being cut in half by a laser. [He is] emblematic; as we wish we were and transverses a world as we wish it was, full of simple, if loud and explosive, solutions to our problems. This is how Bond has been written in the past, but I think the best writing, certainly the most empathic, builds a more varied and complex bridge to an audience.”

Bond is a bomb in a tuxedo

Six Bond films have resurfaced in the public eye lately: Dr. No, From Russia with Love, Goldfinger, Thunderball, You Only Live Twice, and Diamonds Are Forever. Sean Connery, almost as mysterious as Bond himself, died on October 31, 2020 in the Bahamas.

“Sean Connery, by being the first Bond of the big screen, is what we all believed to being the original,” said Paul Brett of Flying Tiger Entertainment, a producer on The King’s Speech, Dorian Gray, The Guard,  and Harry Brown. “As it happened, in my view, Roger Moore was more accurate, and he did it tongue-in-cheek. He saw the humor in it all. Daniel Craig went back to the original, to playing it in a muscular and direct fashion.”

“There are two types of Bonds. There’s Connery and Craig. All the others in them looked more like male models. They looked as if they were advertising clothes. Right at the start of the sixties and the permissive generation, Sean Connery was sexy. He was appealing; someone a man would want to have a drink with and a woman would want to sleep with. The other extraordinary thing about him was that he was typecast to Bond, but he walked away and went on to do Oscar-winning roles elsewhere. He was able to, without changing his voice, without changing his acting style, he went to all kinds of places and was beloved by fellow actors, but not the studios. He sued every studio he ever worked with.”

“My father was a huge fan of James Bond—first the books as a kid, then the original films starring Sean Connery,” reflected Jennifer Brody/Vera Strange, award-winning author of The 13th Continuum trilogy and Disney Chills series. “I’ll never forget the first time he showed me From Russia with Love and Dr. No, followed by what would become my favorite Bond movie, Goldfinger. The movie both genuinely captivated—and terrified me. The image of the woman painted gold and suffocating to death would stay with me (no wonder I write horror now). This Bond was always Bond in my household.”

In the hearts of fans, Connery was the first actor to play Bond, but that was on the big screen. Technically it was Barry Nelson in Casino Royale, a one-hour CBS television special in 1954, part of the anthology series, Climax! But in the official films, six actors have walked into the frame of that gun barrel—Connery, George Lazenby (followed by Connery again, who returned once more in Diamonds Are Forever), Roger Moore, Timothy Dalton, Pierce Brosnan, and finally, Daniel Craig—all embodying the spirit of the character in their own way.

Craig was arguably the biggest gamble. In the winter of 2006, a photo surfaced of the 38-year-old English actor walking on Paradise Island in a blue speedo. The internet forums erupted with cruelty. The message, “Bring back Pierce.” Differing opinions, depending on factors like first exposure to the series, taste, gender, and generation, most would agree that some were excellent, some mediocre, and some awful and unfitting for the role.

“Timothy Dalton and George Lazenby, in a dead heat,” said Chicago Tribune Film Critic in regard to his two least favorites. “Dalton’s not bad, but he barely seems human; Lazenby just seems to be in over his head, and having the wrong kind of fun with the role. It’s sort of miraculous we’re still into 007, even now, with so many imitators (not to mention an entire decade, the 1960s, with Flint and Helm and Allen and Rossi, and who knows who else making like Bond). The first Daniel Craig outing, Casino Royale, got so much right in terms of figuring out how to adapt for a new (and good) actor, and for a less salacious use of the women. Craig, especially when rising out of the sea, was Ursula Andress in Doctor No all over again. I miss the smaller scale of the action in the first two Connery Bonds, and the scale of the action in Casino Royale (not the spoof, the ‘real’ one) is so much more human-scaled than the later Daniel Craig vehicles (though I liked Skyfall). I’m just more of a baccarat-and-sultry-glances guy when it comes to Ian Fleming. It’s boy stuff, or arrested-adolescent-male stuff, at heart. If there is a heart involved. Fleming wasn’t John le Carre; we’re not meant to be thinking about the real world of espionage. I am glad, though, that the franchise—assuming it continues—has gotten away from the worst of the Brosnan-era toys and fantasies.

Daniel Craig has a lot in common with Connery, as different as their screen temperaments are. They’re both genuinely flinty, and somewhat ambivalent about the franchise. And that ambivalence helps us enjoy Bond in both the 20th and 21st centuries.”