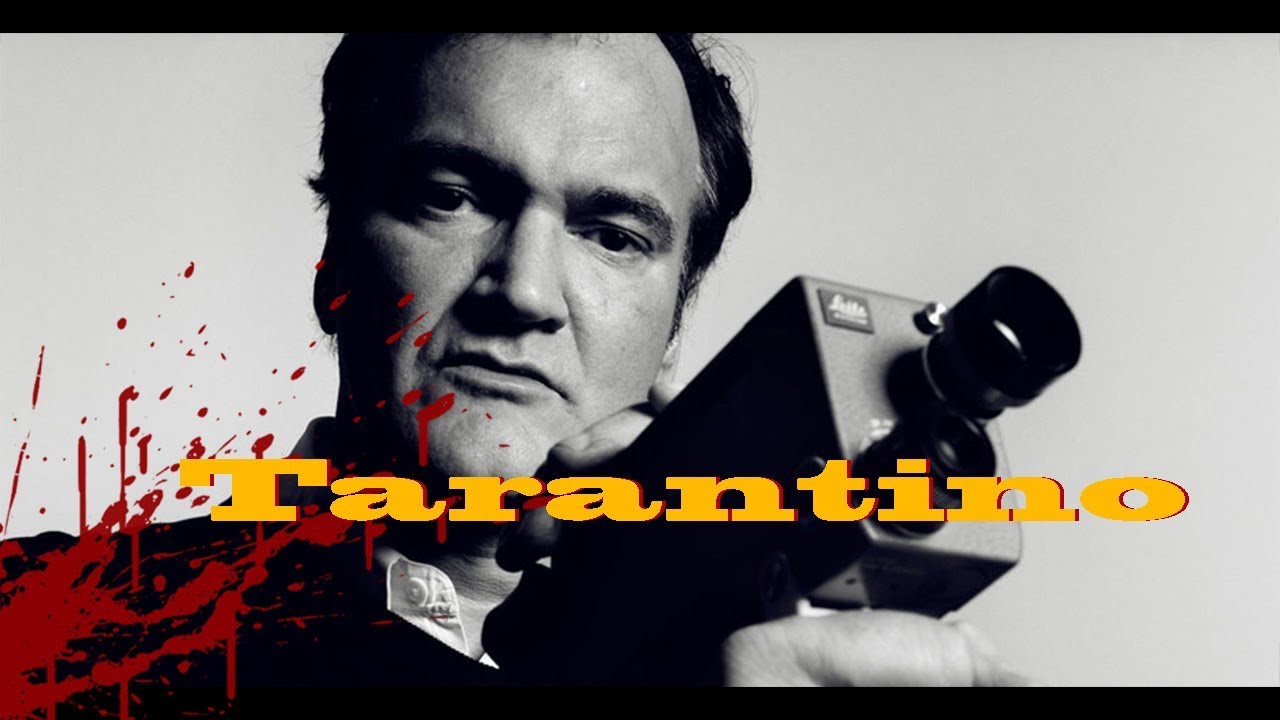 In the mid-1980s, a video rental store in Manhattan Beach, California blended in with the traffic on North Sepulveda Blvd. It was called Video Archives, owned by film fanatics Lance Lawson and Rick Humbert. VHS and Betamax tapes lined the shelves, the aisles stacked with Westerns like Shane and The Searchers, classics from the Golden Era— Casablanca and Citizen Kane — horror slashers like Halloween and The Evil Dead, and more modern movies — Stand by Me and The Breakfast Club. Unpredictable at the time, they were running a breeding ground for Hollywood success stories. Frequent customers were Jeff Maguire, who would later pen the screenplay for Clint Eastwood’s In the Line of Fire, Josh Olson, who would write A History of Violence and Batman: Gotham Knight and John Langley, who would create COPS and revolutionize television.

One of the clerks was a young Quentin Tarantino. He worked for $200 a week ringing the cashier and organizing the tapes. Despite frustration with his struggling film career, he knew everything about every movie, who the actors were, the directors, producers and production companies. Co-workers Roger Avary and Craig Hamann were also frustrated. A lab fire destroyed My Best Friend’s Birthday, their microbudget feature financed by deducting the $5,000 budget from their salaries. Fast-forwarding through some events of persistence and luck, Tarantino developed True Romance with Avary (sold to director Tony Scott) and wrote a heist film about six criminals with pseudonyms. Lawrence Bender, who had produced Sam Raimi’s Intruder, agreed to champion the project. He gave the script to his acting teacher’s wife, who read the script, liked it, gave it to friend Harvey Keitel, and then the stars began to align on the outside. 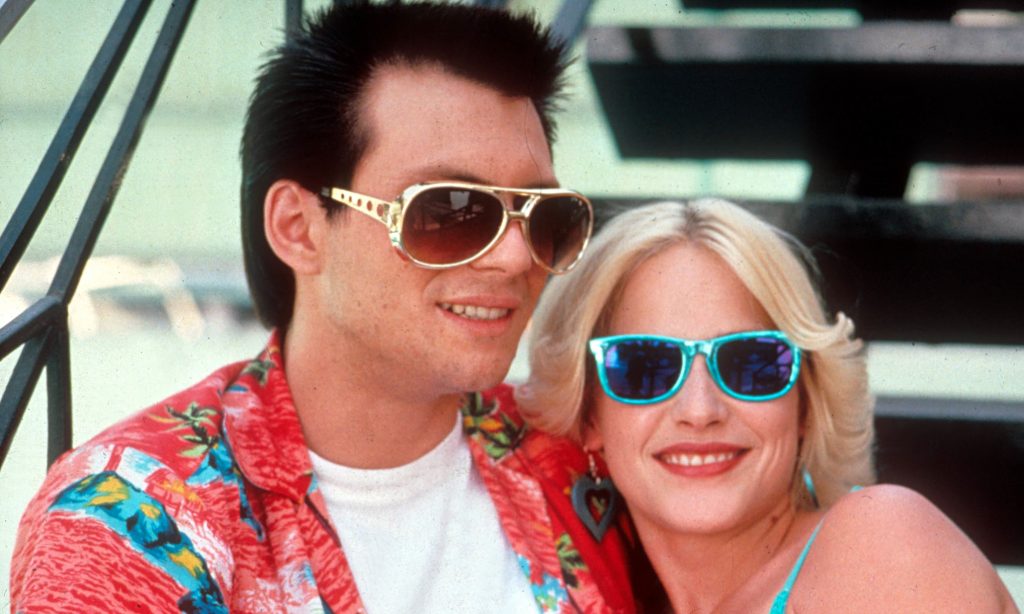 “I saw an ad in Variety that a film with my favorite actors was crewing up,” reflected two-time Oscar-nominee and Golden Globe-winner Ross Katz (producer of Trick, Lost in Translation and Marie Antoinette), and writer/director of Adult Beginners and the Nicholas Sparks romantic drama The Choice. “Having no experience and the lamest resume in history, I begged them to meet me. It turned out to be Reservoir Dogs. They asked me if I wanted to be a ‘grip intern.’ I said yes — only problem: I didn’t know what a grip was. And then I met Quentin Tarantino and my life changed. Afraid I’d be forgotten, I did the dorkiest thing — I wore a name tag. And while the crew hazed me a bit sending me to the truck to get equipment that didn’t exist), Quentin was incredible to me. He showed me his shots. He showed his plans. He let me in. I will never forget the iconic scene where Tim Roth is bleeding out on the ramp and Harvey Keitel is tending to him. I was about three inches out of the frame holding a flag to cut the light on Tim’s face. Years later, I would produce a film called In the Bedroom. I was afraid to approach Quentin at a party for the movie. So, he approached me. I said, ‘I cannot believe you remember me.’ He said, ‘Remember you? I feel like I’m your dad.’ I then directed a movie for HBO called Taking Chance with Kevin Bacon and Quentin and I were both at the Critics’ Choice Awards.”

“Quentin has been a huge influence on us as filmmakers and screenwriters,” stated The Inhabitants, Dark Feed and Crawl co-writer Shawn Rasmussen, with brother Michael Rasmussen. “The power of Reservoir Dogs especially resonated with us, because it showed that you can make an effective low budget movie with minimal locations as long as you had great characters and an extremely good story. It’s what we strove for when we wrote our first movie and more recently when we wrote Crawl. I still remember when we heard that Quentin said he thought Crawl was one of his favorite films of 2019. It meant the world to us and was definitely a career highlight. We just hope that he doesn’t ever stop making films. His voice is so important to cinema.”

In January of 1992, the premiere at Sundance and success in Cannes and Toronto lit a fire that flickered bright in the eyes of Miramax executives. Once Miramax picked up Reservoir Dogs for distribution, it shot through cinemas before peltering TV screens on the home video market. Independent films were redefined, throwing a bigger wrench into the studio machine.

“I saw Reservoir Dogs when it premiered at Sundance during the international press screening,” reflected Shine Box Media Group founder/producer Robert Katz (The Secret: Dare To Dream, Law Abiding Citizen, Crash, The Illusionist, Good People, A Little Bit of Heaven, Dave Chappelle’s Block Party). It was extraordinary in so many ways and hard to believe it was a first film. His Q&A was brilliant, especially when he initially found himself under attack for what one the members of the foreign press called ‘unnecessary gratuitous violence.’ He responded by saying, ‘I didn’t make this for you’… and then he proceeded to discuss the film as if your favorite professor was lecturing at his very best. There were immediately rumblings that the execution of Reservoir Dogs was beginners’ luck, and Tarantino was destined for a sophomore slump. Clearly, those folks hadn’t met him or heard him speak. Then came Pulp Fiction.” 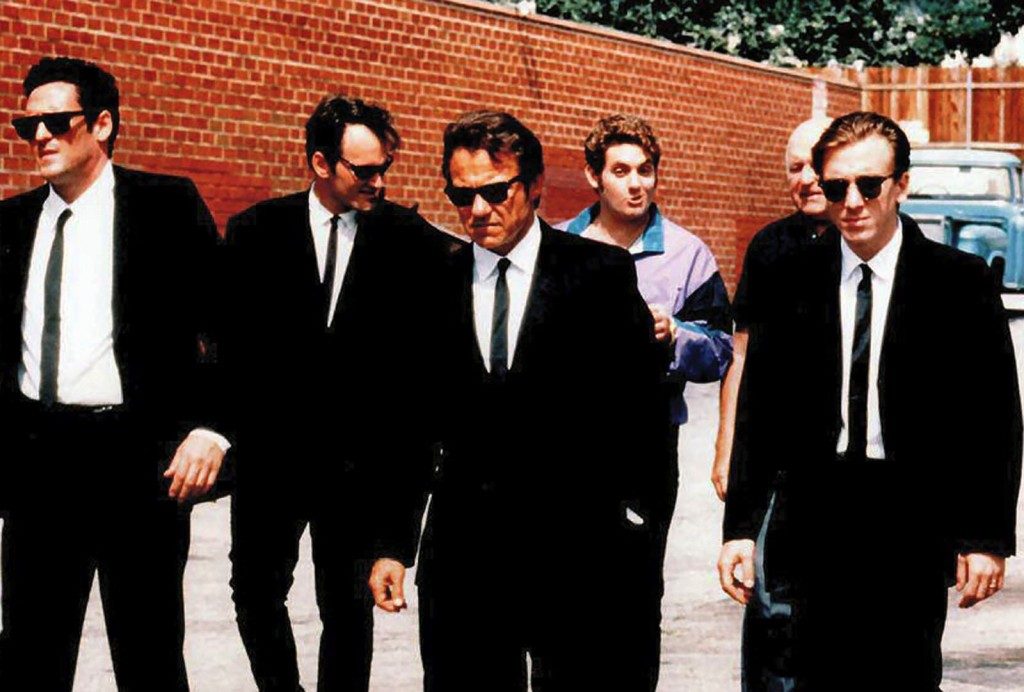 Combining scenes Avary wrote for True Romance, the script for Pulp Fiction was underway. Miramax spearheaded the production with an $8,000,000 budget. The characters were a wild ensemble: two hitmen, an aging boxer, a crime boss and his troubled wife. No doubt, the cast had to be strong and the process was complicated.
“Working with Ronnie Yeskel and Ruth Lambert on the casting of Pulp Fiction was an incredible experience,” said Pulp Fiction Casting Director Gary M. Zuckerbrod. Ruth and I became involved because Ronnie Yeskel, who had cast Reservoir Dogs for Quentin, was asked to cast Pulp Fiction. Ronnie was casting an animated feature at the time that had a massive amount of roles. Ronnie and I had both worked for the same legendary casting director in New York, Bonnie Timmerman, who has amazing taste in actors. So, Quentin agreed. Quentin wanted Travolta from the start. I almost fainted when he passed up the opportunity to meet with Daniel Day-Lewis, who had just won the Oscar for My Left Foot, for Travolta—but he was right. John was perfect.”

Travolta playing a heroin-shooting hitman was a stretch of the imagination back then. After accepting a rate of around $100,000, he joined the cast. But the rest — Samuel L. Jackson, Uma Thurman, Ving Rhames, Bruce Willis, Harvey Keitel, Christopher Walken and Tim Roth — came together much like the film, non-chronologically and intertwined.

“The list of actors who came in for the roles and those who would have done it with an offer were a who’s-who of the best around,” continued Zuckerbrod. “It took a few days to decide who would play Winton after two incredible actors read for it. Obviously, Samuel Jackson was the choice, but it was very close and could easily have gone to the great Paul Calderon. Of all the other roles, the most difficult to cast was Marcellus. Quentin was going to NYC for some meetings, and Ronnie and I set up a small session there. Both of us stressed how much we admired Ving Rhames. The discussions regarding the casting of the supporting roles were one of the most collaborative and passionate casting experiences of my career.”

“Pulp Fiction. That is by far QT’s GOAT,” said Alexander Robb, producer/ manager at Insignia Entertainment. “There’s a phenomenal book, Down and Dirty Pictures: Miramax, Sundance, and the Rise of Independent Film by a brilliant journalist, Peter Biskind, that is a MUST read for any film buff. Hell, it’s actually some of the best behind-the-curtain reporting on one of the most significant eras of Hollywood. Biskind dives into what became the $5 – 20M budgeted ‘indie’ film of the late 80s throughout the 90s, that is truly eye opening. The film industry back when Tarantino was first starting out? In a lot of ways, it was more accessible because the economics were different 25 – 30 years ago.”

“When I first started at Miramax, I was Bob Weinstein’s assistant,” said producer Richard Potter (Scream 2, Mimic, Phantoms, Allied Forces, The Prophecy) and former Dimension Films/Miramax executive, now adapting a James Ellroy property for a TV series. “Pulp Fiction was just finishing up and the marketing campaign was being created. The movie was screened for some of the staff, and I got to see it. To me, it was like a fun live action cartoon. During that time, Quentin would call and he would chat with me while he was on hold for Bob. I got to ask him questions and talk to him about his movies and movies in general, or just talk. All the success that film had only built on that, supported those good feelings and kept them going. It was a fun time to be working at Miramax.”

Influences from other work has been the trademark, and possibly most criticized, aspect of his career. Some well-known — Coppola’s Apocalypse Now, Scorsese’s Taxi Driver, Sergio Leone’s The Good, the Bad and the Ugly — and others lesser-known, at least to the general public — the 1973 Italian horror classic, Deep Red, and Lady Snowblood, a gore-filled Japanese film split into title chapters like Kill Bill. Often paying tribute to exploitation films, Spaghetti Westerns, neo-noir, manga and pulp magazines, the common thread has been two-fold: Inspiration and Tarantino’s own twist. Not just the themes, but paying tribute to the themes.

“Revenge is a common theme,” said Oscar®-nominated and Emmy Award-winning director Mark Mori (Building Bombs, Kent State, The Day the War Came Home and Bettie Page Reveals All), currently working on social impact documentary Blue Collar America. “In several of them he uses the revenge theme to rewrite history, or to present a version with a more just outcome. Once Upon A Time In Hollywood seeks to avenge the Manson gang murders of Sharon Tate (and her unborn child), Jay Sebring, Steven Parent, Wojciech Frykowski, Abigail Folger and Lena and Rosemary Labianca. Inglourious Basterds imagines a more just chapter in World War II. It’s the story of a group of Jewish-American guerrilla soldiers in Nazi-occupied France who end up machine-gunning Hitler while he’s watching the theatrical premiere of a propaganda film and then blowing up the theater full of Nazi leaders. 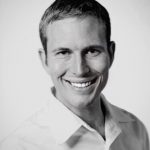