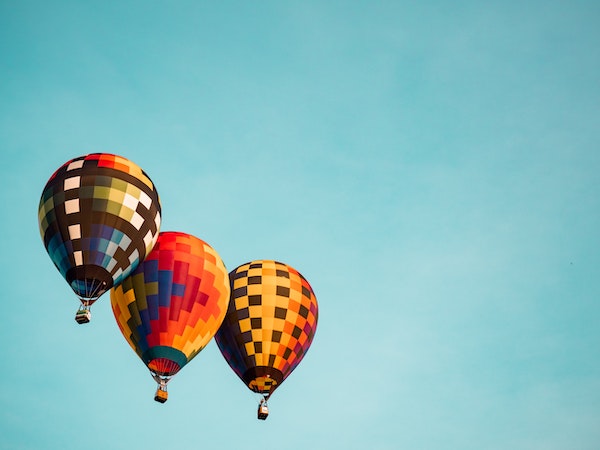 How Screenwriters Can Benefit From The Rule Of Three

Back when I was a fledgling screenwriter someone told me if something is important, say it/show it at least three times in a screenplay so the audience has can properly absorb and process it.

At the time I thought this was because audiences/readers missed important information, or perhaps forgot if it was only mentioned once.

Yes. This makes sense and is most likely true. But there are other reasons for these mentions and it’s called “The Rule Of Three.”

We naturally look for patterns in everything. Three of anything is the smallest unit needed to express a pattern. Once or twice can be chance or coincidence, three times is a pattern. This phenomenon is observed in all aspects of the world ranging from finance to philosophy to the human body.

As such, we as screenwriters use this concept to introduce, deepen, and then resolve a concept or situation.

The “rule” also suggests that a trio of events, or characters, is more satisfying, funny, or effective than others. Three seems to be a great number of anything to use to create endless possibilities and conflicts.

Many examples of the efficacy of three exist in writing:

The Witches’ Spell from Macbeth by William Shakespeare

There are three witches in Macbeth. Many of their incantations follow the rule of three in form.

In Hamlet the three main players are Hamlet, his Uncle, and his Mother. Same in Sons of Anarchy which is based in Hamlet.

We see the Rule of Three reflected in many and varied places if we just look.

The Founding Fathers used it: Life, Liberty, and the Pursuit of Happiness.

The Christian trinity: Father, Son, Holy Spirit – one God, three aspects. In the bible, Jesus says to Peter, “Before the rooster crows today, you will deny me three times.”

And the three dramatic conflicts – internal, relational and external.

Dorothy in the Wizard of Oz takes three companions she meets in Oz with her on the yellow brick road.

How many wishes does a genie give you? Less than four, more than two.

In music, a major chord (root, fourth, fifth) and minor chord (root, flat third, fifth) have three notes. Also, the I, IV, V progression (E, A, B chords for example) is a famous rock progression that is heard on tens of thousands of songs. And the AAB structure (verse, verse, chorus) is heard everywhere.

QUIET ON THE SET, SPEED, ACTION!

In film, this funny little ‘rule’ is everywhere.

Adam Driver as Daniel Jones in ‘The Murder Report’

In The Murder Report starring Adam Driver, the important facts are given in many different ways in many different scenes but the keywords “enhanced interrogation” (euphemistically, torture) are uttered by actual characters in the film three times to really make the point. The Bush administration used this euphemism to couch the torture visited upon suspected war criminals so it was an important concept to use in the plot.

In Blade Runner the intense and brilliant ending only has emotional impact because the theme of what defines being human used throughout the film is put finally and most powerfully in the most eloquent terms using the rule of three.

ROY BATY
I’ve seen things… things you little people wouldn’t believe.
(1) Attack ships on fire off the shoulder of Orion bright as magnesium…
(2) I watched C-beams glitter in the dark near the Tannhäuser Gate.

(3) All those moments… they’ll be gone (like tears in the rain.)

“I celebrated Thanksgiving in an old-fashioned way. (1) I invited everyone in my neighborhood to my house, (2) we had an enormous feast, and (3) then I killed them and took their land.”

How about the “A priest/rabbi/minister” jokes? A short and sweet version is one that plays on the cliché: A rabbi, a priest, and a minister walk into a bar. The bartender looks at them and says, “What is this, a joke?”

THREE ACTS TO RULE THEM ALL

The three-act structure is the backbone of film itself – beginning, middle and end (Act I, II, III.) Setup, deepening, resolution – that is the core of any film’s plot and also any film’s scenes.

You enter a scene with either a new situation or a previously set up one, ramp it up to a climax, then resolve it. Then do it all over. It’s what the audience expects on a subconscious level.

Again, that pattern thing with which we are most comfortable.

I saw a great example of a scene sequence using the rule of three in the movie 21 Jump Street. Channing Tatum and Jonah Hill are being chased by motorcycle thugs. In the first two instances that they defeat a hood, they are sure that the mayhem they are creating will result in tanker trucks carrying (1) natural gas and then (2) gasoline to explode. Neither do. Then the third one, a seemingly innocuous stake bed truck does.

It’s pretty amusing as the guys meta-comment on the fact that of all the trucks to explode, that’s the one they least expected. Of course, it’s also the funniest one because it’s a truck filled with chickens and they get feathers everywhere. So here you not only have the use of the rule of three for dramatic impact (creating suspense) but also for comedic effect.

There’s Star Wars (the original trilogy – but you’ve also got three, three-movie installments). Indiana Jones (the original three films), Godfather, The Girl With The Dragon Tattoo trilogy, The Man with No Name trilogy (Sergio Leone with Clint Eastwood)…. and many more.

Three movies in series seem to form the perfect long-form narrative for films. They mega-reflect the three-act structure: Act I (Intro) Act II (deepening) and Act III (resolution of the franchise.)

In a meta-narrative sense, it’s conceptually important to set up a crucial moment using the rule of threes.

The first two mentions build toward the moment, and then the third hits the release. Why is this important?

As mentioned, it’s consensus wisdom that for human beings to recognize a pattern a minimum of three elements must be present. We all communicate and process our world through patterns of some sort.

When a piece of information is mentioned the first time, it’s likely out of context. It is one piece of a puzzle if you will.

The second mention adds to that understanding because now we’ve got deepening layers and we’re paying closer attention.

Third mention and we’ve got a pattern. Also, if you’re delivering that point in different ways under a different context, this nice building effect takes place.

In The Dark Knight, Batman says in at least three places that he wants to retire and turn the crimefighting over to Harvey Dent (Two Face) who is not a vigilante but as district attorney works within the confines of the legal system.

This is the White Knight concept which belies the Dark Knight who Batman is/will become. The term White Knight is specifically mentioned three times, the last time by the Joker as a triumph.

THE JOKER
I took Gotham’s white knight. And I brought him down to my level,
it wasn’t hard; madness is like gravity. All it takes is a little push.

Commissioner Gordon’s ending words in the film use a different version of the Rule of Three called Hediatris (one through three) which is a repetition of a concept in three different ways:

GORDON
So we’ll hunt him, because he can take it.
Because he’s not our hero . . .
(beat)
He’s a silent guardian , a watchful protector. . . a Dark Knight.

Meaning that the entire white knight concept, mentioned three times in the movie and the basis for Batman’s quest in The Dark Knight has now been invalidated, and that last line of Gordon’s perfectly framed by a hendriatis has the impact of a Bruce Lee strike. This second of three movies sets up the final installment of the trilogy, The Dark Knight Rises.

Wine, women, song is another famous hendiatris. MYSTERIOUS and SUSPENSEFUL IT IS.

All right, how about a silly example. To solve the game of “Clue” you must have three elements: a suspect, a weapon, and a room.

Criminal law looks for means, motive, and opportunity, in other words, a pattern of behavior. Are you really gonna argue with The Law?

Most mystery writers agree that you must have at least three primary suspects. These are the ones who remain late into the storyline and become a major focus in Act II.

I watch a lot of the Inspector Morse family of Brit detectives but also many more that use these concepts. The formula has been perfected in all these amazing British detective shows.

Someone dies, suspects are gathered, through investigation it’s winnowed down to three most likely and it isn’t until the very end that the true suspect is revealed.

This is also known as the Closed Circle of Suspects.

You can generically break any detective show ever written down to three elements: Crime, Investigation, Solving.

Three also gives you great suspense. In the brilliant The Disappearance of Alice Creed which has more twists and switchbacks than the Los Caracoles Pass, writer/director J. Blakeson uses the rule of three (the smallest unit to create a pattern, remember) to squeeze out maximum drama and impact. Without spoiling it (much) there are three characters in different combinations of betrayal possible – and each is pushed to the max.

Using concepts like ‘The Rule of Three’ is a part of your writer’s tools. Certainly, there are many solid examples that use more or less of three of anything but for max impact this is a great device to have.

Now don’t even get me started on the Golden Ratio. Happy writing!